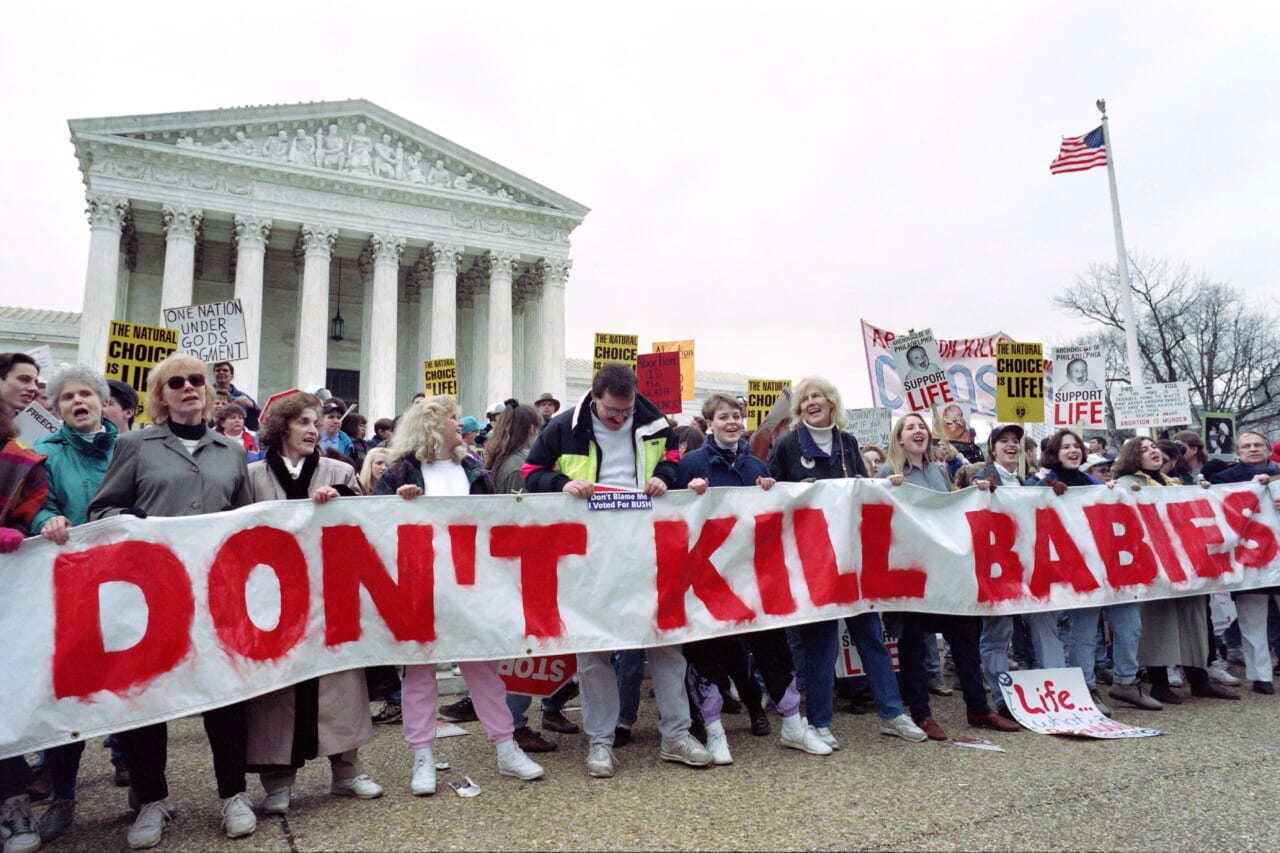 There is no such thing as a “pro-life” movement.

If the reports that the U.S. Supreme Court is set to overturn Roe v. Wade are true, the conservative evangelical movement that emerged when Regan-era segregationists radicalized a segment of evangelical Christians has already condemned millions of children and women to death. While anti-abortion policies negatively affect women, children and families of all races and ethnicities, Black women and children suffer the most harm from this American-style fundamentalist tyranny. In fact, when theGrio looked at the data, one thing became abundantly clear:

Here are the unvarnished facts:

What are trigger laws?

Simply put, a trigger law is a piece of legislation that has been passed but has been rendered unenforceable by a variety of circumstances. If the barrier that invalidates the law is removed, the law immediately becomes enforceable.

For instance, as late as 2004, many states still had segregation laws on the books. Alabama’s constitution outlawed interracial marriage until 2021. If, for some reason, the Supreme Court overturned the precedent set by Brown v. Board of Education or Loving v. Virginia, states with trigger laws could immediately enforce those Jim Crow-era laws without passing any additional legislation.

As it relates to abortion, the Roe v. Wade decision invalidated individual state laws that restricted abortion. These laws would immediately go into effect once the Supreme Court overturns the 49-year-old decision that constitutionally guaranteed women autonomy over their bodies. Other states intentionally passed draconian laws after Roe v. Wade with the hopes that the decision would one day be overturned.

Think of “trigger laws” like a white woman’s tears. As soon as an Ashleigh removes the barrier that prevents her eyes from making water, Black people are in trouble.

Which states have trigger laws?

There are 13 states (Arkansas, Idaho, Kentucky, Louisiana, Mississippi, Missouri, North Dakota, South Dakota, Tennessee, Utah, Texas, Oklahoma and Wyoming) with so-called “trigger laws” banning abortion. According to the Center for Reproductive Rights and legislation we examined, another seven states (Alabama, Arizona, Georgia, Michigan, North Carolina, Ohio and South Carolina) have pre-existing laws that predate Roe v. Wade or have since passed legislation that would immediately become valid. (We didn’t use data for the U.S. territories Guam, North Mariana Islands or American Somoa, where abortion would also be banned.)

If a woman doesn’t live in one of these states, are her rights protected?

Only 20 states (Alaska, California, Colorado, Connecticut, Delaware, Hawaii, Illinois, Iowa, Maine, Maryland, Massachusetts, Minnesota, Montana, Nevada, New Jersey, New York, Oregon, Rhode Island, Vermont and Washington) and the District of Columbia have legislation on the books that protect a woman’s right to choose. Legislators in the remaining states are free to either ban abortion, protect women’s rights or do nothing at all. A politician in a conservative-leaning state could coalesce a pro-choice constituency by campaigning to ban abortion…

But if Roe v. Wade is the law of the land, how can you predict that women would be worse off in states that would ban abortions?

How do you know this?

TheGrio collected 2019 state-level data (the most current year that was available in each category) from the Centers for Disease Control and Prevention, the Census Bureau and individual state health agencies to create a statistical comparison of the differences in women’s and children’s health status.

We compared the statistical data for the 20 trigger states (states that would effectively ban abortion once Roe is overturned), 20 protected states (states where a woman’s right to choose is protected) and the national average in seven statistical categories:

Basically, theGrio decided to eff around and find out.

What did you find out?

Let’s get this out of the way: In 2019, Black women were five times more likely to have an abortion than white women.

But in trigger states, the disparities are even worse:

How does this contradict the “pro-life” movement?

Well, it’s impossible to stop all abortions. The “pro-life” movement can only make them more expensive, less safe and harder to obtain.

Unless, of course, they don’t believe that a Black life actually matters.

Michael Harriot is a writer, cultural critic and championship-level Spades player. His book, Black AF History: The Unwhitewashed Story of America, will be released in 2022.