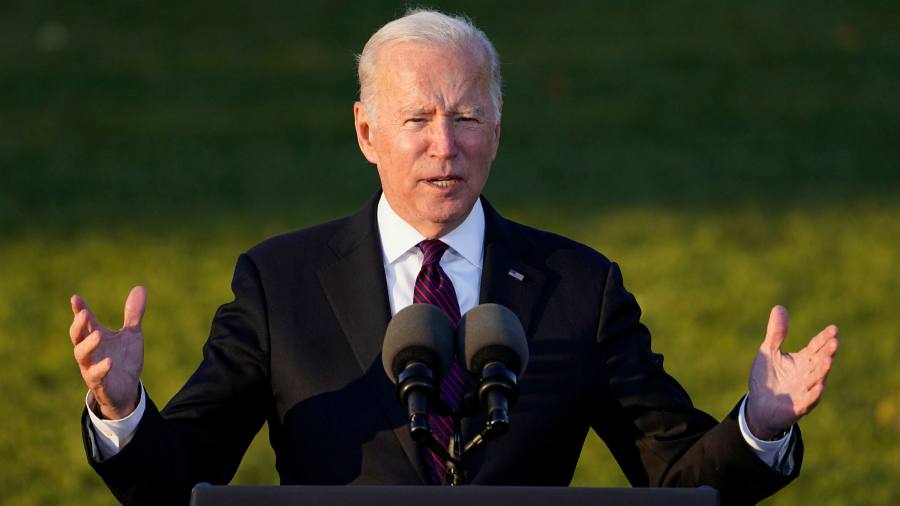 The skill at which Donald Trump excels is creating a master narrative and ensuring every American hears it — no consultants needed. That is what he did in 2016 and will try to repeat if he runs for president again. The first time was about draining the Washington swamp. Now it is about Democrats stealing elections. Had Trump put his 2016 horse through an advisory committee, it would have come out as a camel. But he stuck to his own counsel.

The key to Trump’s unlikely success, which Democrats seem predisposed to miss, is to speak plainly to as wide a group of Americans as possible at the same time, even when the product is nihilism. It is the opposite of the microtargeting that Democratic consultants so love. This is an irony, since Democrats claim to represent “the people”. Fighting for ordinary Americans is a far harder sell when your marketing is tailored to so many different ones.

Many of President Joe Biden’s difficulties can be traced to his party’s habit of thinking about Americans in categories — suburban women, people of colour, blue-collar whites, Hispanics, sexual minorities, male college graduates and so on. Americans have far more in common than this mindset admits. The theory is that lots of slices add up to most of the American pie. Yet focusing on what divides people also reinforces their differences.

The problem is not just with the messaging. The packaging also warps the content. Biden’s “build back better” plan ought to have been a triumph of popular measures — lower drug prices, paid leave, better childcare and higher taxes on the rich. Once it got into the hands of congressional Democrats, however, it descended into a tangled mess of competing interests. When everyone is a priority, nobody is.

Amid the wrangling, Biden’s most popular ideas have been watered down or junked. The result is a bill that caters best to the most powerful slice of Americans — the very wealthy. They can sleep easy now that the carried interest loophole, which lets private equity partners treat investment gains as income — as Warren Buffett pointed out, they pay a lower tax rate than their secretaries — is probably safe. As it stands, the bill will also give wealthy Americans a bigger tax cut than they got from Trump’s big 2017 tax bill.

How could a party that speaks for “the people” give away the most to those who least need it? The answer is simple; the Democratic party does not agree on what it means by the people. The party’s agglomeration of subgroups amounts to less than the sum of its parts. This makes it much simpler for the most organised interests — wealthy liberals living in high-tax states, such as New York and California — to get their way. The outcome is morally objectionable. Jason Furman, Barack Obama’s former economic adviser — and thus in no sense a radical — calls the tax giveaway “obscene”. It is also tactical malpractice since it lets Republicans label Democrats as hypocrites.

Treating American voters as demographic automatons — as opposed to a larger community with shared economic anxieties, or just as citizens — makes it easier to write some off as morally tainted. The language of censure is within closer reach. That makes Democrats lazy, which leads to incompetence. Dismissing whole chunks of society as reprehensible is as far as it gets from appealing to the better angels of their nature. The latter is what Obama did — and he is the only Democrat since the 1940s to twice win an absolute majority of the presidential vote. As Andrew Yang, the former Democratic presidential candidate, said last week: “A lot of Americans are just sick of this compartmentalised approach to politics that’s driven by consultants and . . . they see through it. They think it’s bullshit.”

America’s political-industrial complex deserves the criticism it gets. But few Democratic strategists seem open to change. As Upton Sinclair, the great radical, said: “It is difficult to get a man to understand something when his salary depends on his not understanding it.”

That means Democrats are likely to head into next year’s midterm elections with a cloudy message except for the highly legitimate fear of what a Republican victory would bring. Democrats will not be overjoyed to hear it, but they could learn a trick or two from Trump.