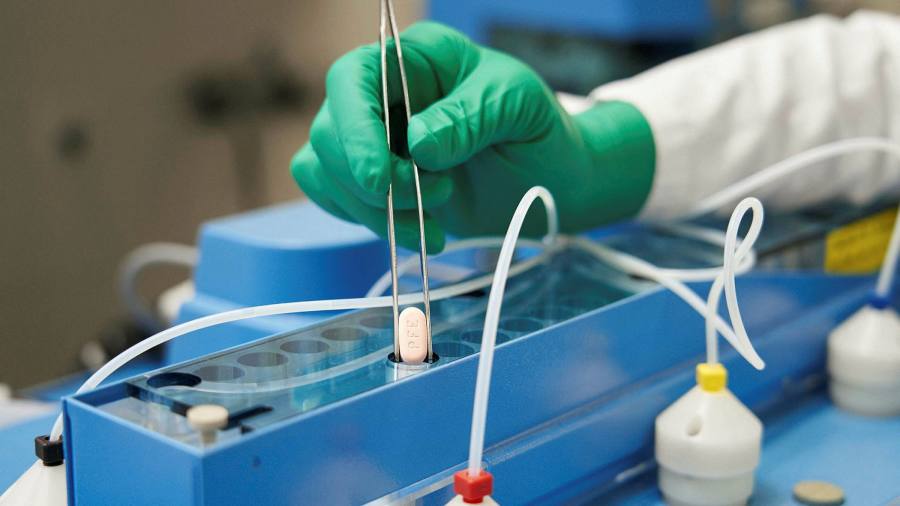 The White House has warned it will take more than six months to fulfil its initial order for Pfizer’s antiviral Covid-19 pill, as officials damped speculation the drug could immediately turn the tables on the pandemic.

The US drugs regulator on Wednesday gave emergency authorisation for the pill, called Paxlovid, to be used on people aged 12 and over with mild or moderate Covid-19 who are at risk of more severe symptoms.

But senior health advisers to President Joe Biden quickly warned that it would take months for the company to make and distribute all 10m treatment courses already on order.

Jeff Zients, the co-ordinator of Biden’s Covid-19 response team, said: “According to Pfizer, the complex chemistry involved in creating the active ingredient in the pill means production takes about six to eight months.”

Pfizer has said its pill cuts the risk of hospitalisation or death in Covid-19 patients by 89 per cent. It is likely to be especially important in the coming months because early lab tests show it continues to work against the fast-spreading Omicron variant, unlike some of the monoclonal antibody treatments already available.

Biden called the decision by the Food and Drug Administration on Wednesday to authorise the pill a “significant step forward in our path out of the pandemic”.

But he also acknowledged how difficult the drug is to make, adding: “As Pfizer works to produce these treatments as quickly as possible, we will work closely with them and provide any resource needed, including using the Defense Production Act if warranted.”

Both Biden and his predecessor Donald Trump have used the Korean war-era DPA to force companies to prioritise manufacturing of certain supplies that are important to fight Covid-19.

The government has also pre-ordered 3m courses of Merck’s antiviral pill, which is still going through the FDA approval process.

France on Wednesday cancelled its order of the drug after data showed it resulted in a reduction of only 30 per cent in the risk of hospitalisation and death, significantly lower than earlier expectations.

US officials said on Wednesday the FDA would continue to consider Merck’s approval application.