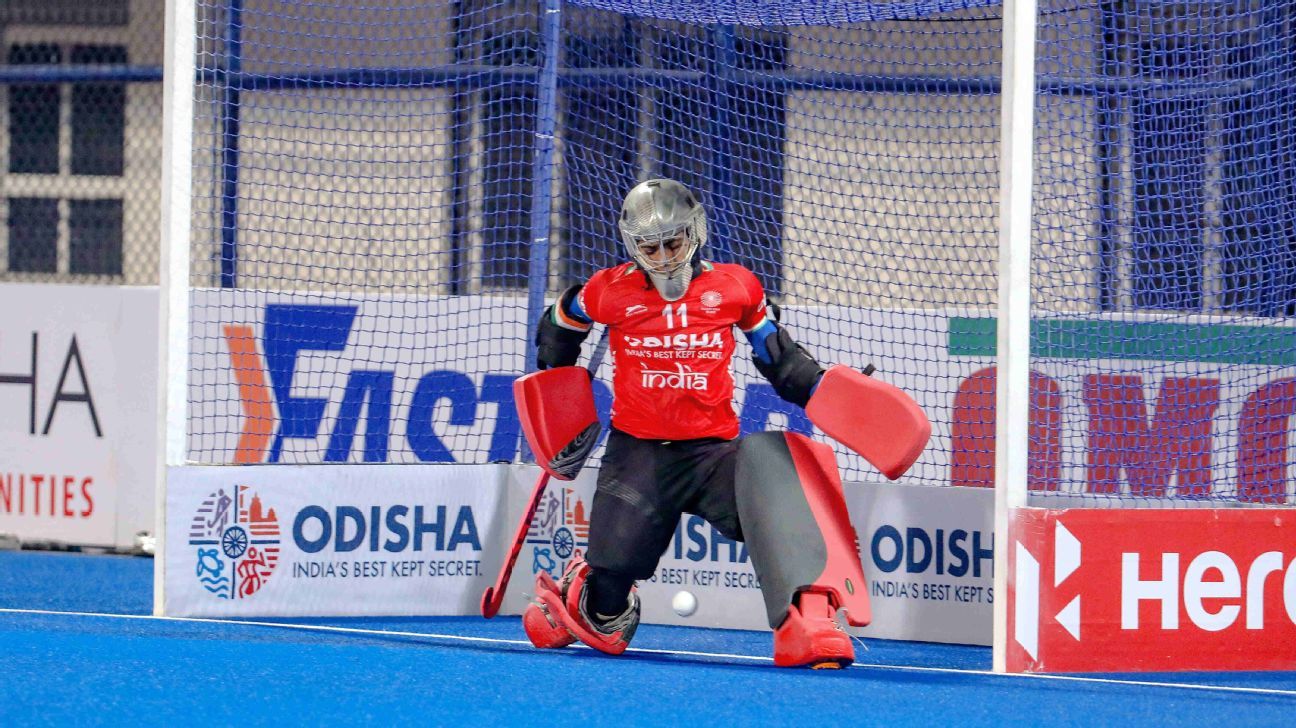 Four crucial matches are in store for the Indian women’s hockey team as they intensify their preparations for the all-important 2022 FIH World Cup, starting from July 1 in Spain and the Netherlands. The team left India to play six Pro League games against three teams, the first two of which they lost against Belgium last weekend.

Next up is Argentina on 18th and 19th June followed by games against the United States of America on the 21st and 22nd. All four matches will be played in Rotterdam, Netherlands.

What’s at stake for India in the Pro League?

Before they faced Belgium, Janneke Schopman’s team were placed third on the table behind Argentina and the Netherlands. They could’ve had an outside chance at the trophy if they won their matches against Belgium but that’s not the case anymore. India’s results over the weekend meant Argentina were crowned Pro League champions for the first time.

For India, the two games against champions Argentina present an opportunity to rectify their mistakes and find their groove in the run-up to the World Cup.

What went wrong against Belgium?

India lost the first match against Belgium 2-1 and suffered a 0-5 drubbing in the next one. The team was playing together after a considerable gap, so a lack of rhythm in their game was evident in both matches.

In the first match, India simply didn’t create enough to push Belgium while a couple of errors in defence cost them the goals. The numbers told the full story – Belgium penetrated the circle 30 times compared to India’s paltry 10. They had 14 shots and earned six penalty corners while India’s numbers read just three shots and one PC.

Belgium were much more clinical in the next match, hitting four goals in the first half and eventually winning the game 5-0. India’s defence was slow during transitions, and despite captain Savita Punia’s best efforts, Belgium couldn’t be stopped from scoring.

India improved in the second half, especially with their attacking play but even when Belgium were down to nine players in the fourth quarter due to multiple cards, they still managed to create clear-cut chances on the break.

No doubt the performances weren’t great, but for Schopman and the team, there’s still time and the matches left to make it work.

“The opponents were good but they weren’t that good. We realised that we didn’t play our game in both the matches despite our efforts. We didn’t play good hockey in the first match, but we were better in the second match. We will learn from our mistakes. We had two really good training sessions and now players feel a different energy,” said Savita.

Deep Grace Ekka – the vice-captain didn’t look at her best in recent matches. A lack of game time might be a factor for her rustiness. Argentina, who are unbeaten in the league so far, will be a tougher test than Belgium so Ekka and the defence will be under constant pressure. However, they are just the kind of opponents one would want to challenge oneself against ahead of an important tournament.

Rani Rampal made her comeback after a long injury layoff. She played the first match against Belgium but was rested for the second. Her performance wasn’t exceptional, but she did prove effective in parts.

A fit Rani is a huge boost for the team. It’s not only her work rate and creativity, but her eye for goal can make a big difference. Schopman will hope the last four matches will be good enough for her to regain full fitness and be the same force once again, doing what she’s best known for.

India also didn’t do enough to win penalty corners and captain Savita spoke about improving on this front. That’s where Gurjit Kaur comes into the picture. A fast start usually results in penalty corners and if India wants to apply early pressure on one of the best hockey teams in the world, then Gurjit’s drag flicks must make an impact. She’s done it earlier and can do it again.

Meanwhile, watch out for Argentina’s Agustina Gorzelany, who’s outstanding when it comes to penalty corners. She is the second highest goal-scorer in this season’s Pro League with eight goals out of which seven are from penalty corners. There’s also the ever-reliable forward Maria Jose Granatto whose speed and finishing skills have won the team quite a few matches.

When and where to watch the final four matches?

The two double-headers will be shown Live on Star Sports First and Disney+ Hotstar.