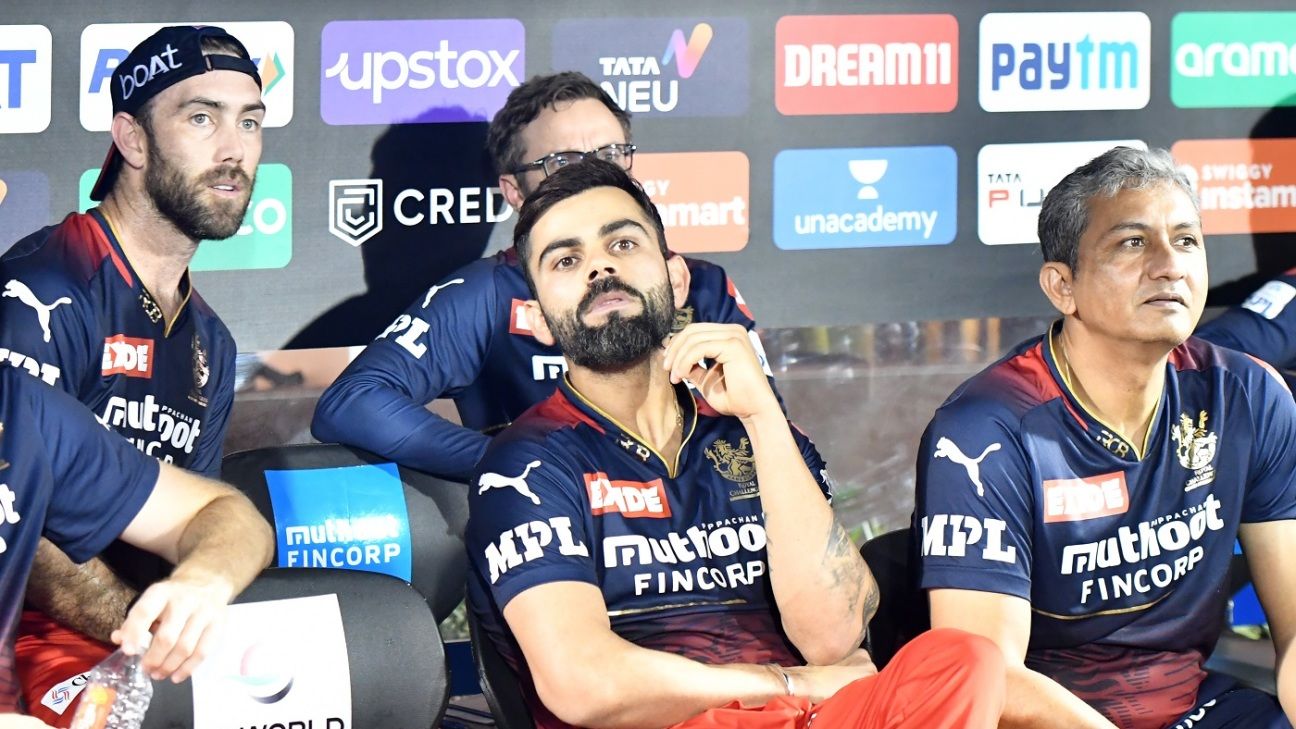 Virat Kohli believes a big innings is around the corner, his IPL captain Faf du Plessis has said, and the Royal Challengers Bangalore coach Mike Hesson is not ruling out that big innings in their final league match, which could well be a must-win affair.

Kohli has not scored an international century since the end of 2019, but his T20 batting has been cause for bigger concern. In this IPL, he has scored three golden ducks, has been run out twice, and on Friday he managed to get caught at short fine leg off his thigh pad, which left him frustrated because he had got himself in and was looking good.

“He is seeing the lighter side of it,” du Plessis said. “Every single way you can think possibly to get out. Just how the game works, doesn’t it? Sometimes when you are under pressure, the game finds ways to keep you under pressure. What you can really do is keep working hard, keep up a good intensity, a good attitude, keep staying positive, knowing that it’s around the corner. He played some really good shots tonight. Obviously he would have liked to have kept going but he is handling it really well. Tough patches are difficult for all of us but he is in good spirits. He also believes it is around the corner.”

Hesson also spoke of Kohli’s poor luck. “Virat, I thought, looked very good today,” Hesson said. “He looked in good touch, he was aggressive, and he is doing everything off the park as well in terms of making sure he prepares well. I thought today was going to be his day but once again… it hits the other side of the thigh pad and goes down and he gets a single. He hasn’t had a huge amount of huge fortune especially when he has got himself set, when he has got himself in. He is as frustrated as anybody. We thought today was going to be the day.”

Hesson doesn’t believe much is wrong with Kohli’s game. “Look he is the best we have ever had in terms of RCB,” Hesson said when asked what was going wrong. “He is an incredible player. He hasn’t scored the volume of runs he would have liked. Today he looked in really good touch. It is not a technical thing. As I said, he is putting in a lot of work behind the scenes. He looked in really good touch today. He was unfortunate. I thought we were going to see something special. Virat is as frustrated as anyone but we know that the epic one is around the corner. We have got a huge game coming up. So there is no reason why it won’t be in a few days’ time.”

Kohli’s lack of big runs in any format of cricket has been a matter of debate over the last year or so. During this period he has given up – in phases – his India captaincy and also RCB captaincy. His former India coach and confidante Ravi Shastri has said he is overcooked and needs a break.