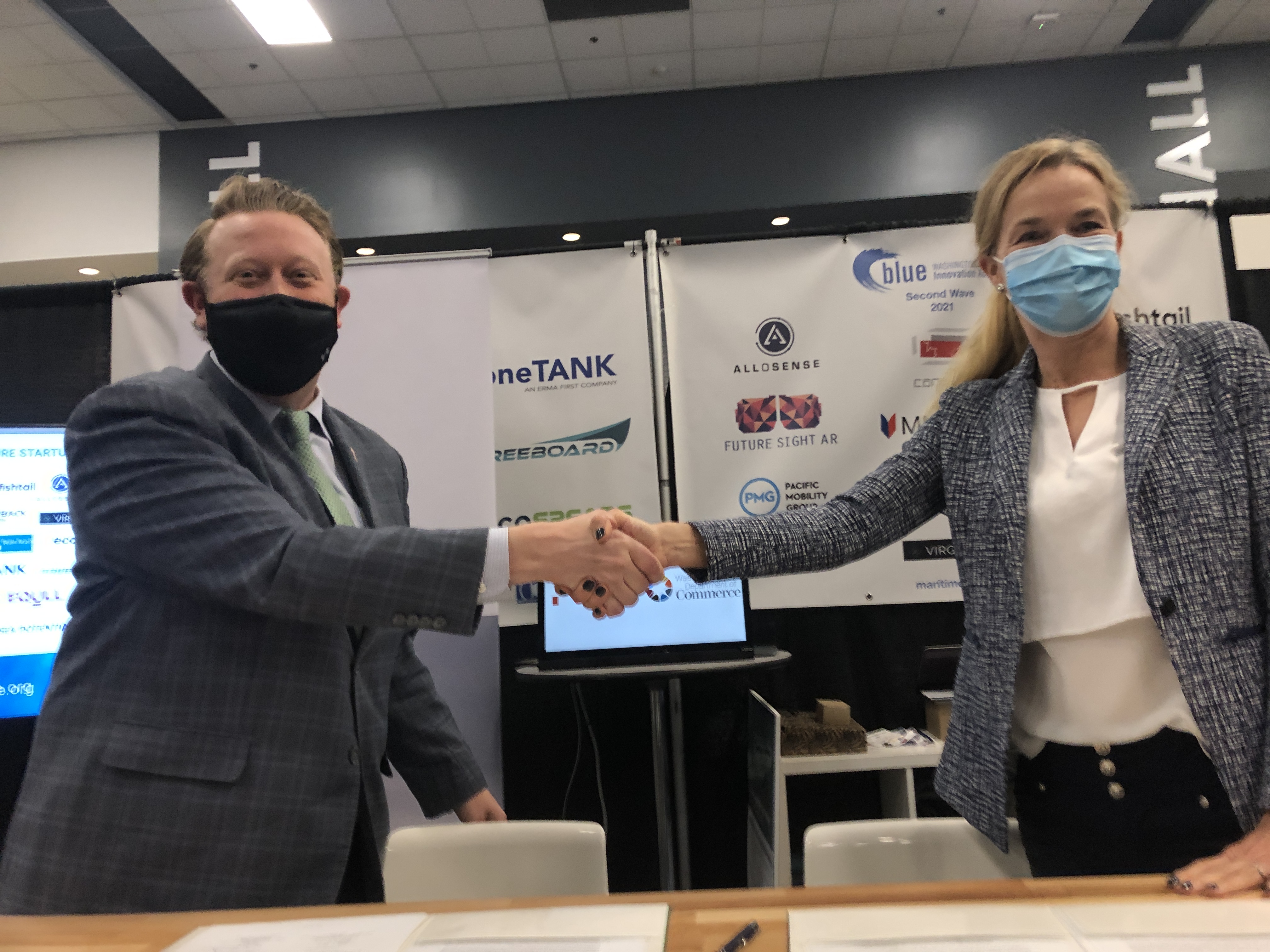 Amidst a sea of colorful waterproof bibs, plush captain’s chairs, and boat parts galore, representatives from Washington state and the government of Norway renewed their memorandum of understanding Friday at the Pacific Marine Expo in Seattle.

The new two-year agreement will maintain the framework, first established in 2019, by which Washington and its Nordic counterpart will cooperate on private sector exchanges to grow environmentally sustainable business opportunities in the so-called blue economy of maritime technology, as well as in the green economy around areas such as decarbonizing energy sources.

“This is a step forward in building a collaboration bridge and an open innovation system for sharing and learning together,” said Hege Barnes, Americas Director for Innovation Norway, the international business development arm of the Norwegian government. “We are bringing [together] the companies that will change the world as part of the green transition that we are investing in globally.”

The agreement comes on the heels of a new MOU between Washington state and Finland signed earlier this month and follows a September visit of the Norwegian and Finnish ambassadors to Seattle. Norway signed an MOU with California in April focused on electric vehicles, but the 2019 agreement with Washington was Innovation Norway’s first with a U.S. state.

“Beyond the technology, companies, and cool innovation, I truly believe that Norway and Washington state have a shared set of values around environmental stewardship,” said Chris Green, assistant director for the Office of Economic Development and Competitiveness at the Washington Department of Commerce. Green noted that Washington state and Norway have similar populations and GDPs.

“This is a critical time where knowledge sharing is needed to grow, accelerate, and expand,” said Maritime Blue’s president and CEO Joshua Bergen.

In 2019, two Washington state delegations traveled to Norway and one Norwegian delegation came to Washington state before the COVID-19 pandemic temporarily halted international exchanges. But those trips have since resumed, with nine Finnish companies visiting Amazon, Boeing, Microsoft and the Ports of Seattle and Tacoma earlier this month. In January, Washington businesses are expected to travel to Norway for Nor-Shipping, a major international maritime industry conference.

“It has created a platform where we can mingle, network, and learn how to work together,” Corvus Energy’s North American Vice-President of Sales Sveinung Odegard told GeekWire.

These potential success stories are at the heart of Norway’s global business ambitions, which have found a willing partner 4,500 miles away. “Norway is a tiny little country so we and our companies need to learn how to scale up,” said Barnes. “How do we get our companies to think bigger and gather partnerships to help them grow?”

RELATED: Ambassadors from Norway and Finland forge ties in Seattle, offer glimmer of hope on cybersecurity