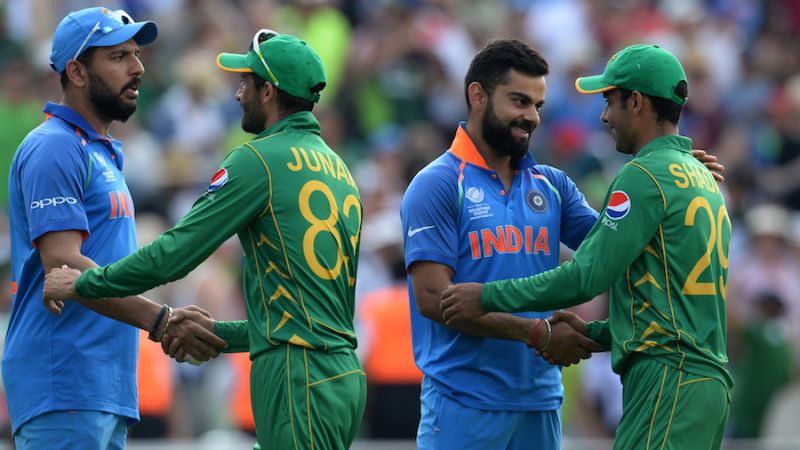 Pakistan will be hosting a world tournament for the first time in nearly three decades when the Champions Trophy comes to its shores in 2025. In another first, the USA will also host a global cricket competition – the T20 World Cup in June 2024 – alongside the West Indies.

Those two are part of the eight new men’s tournaments that feature in the ICC’s next commercial cycle from 2024-31. That’s two ODI World Cups, four T20 World Cups and two editions of the Champions Trophy, which the ICC had decided to bring back.

On Monday, the ICC Board finalised the venues for the eight events based on the recommendations of a working group which shortlisted the hosting countries based on the bids that had been put forward earlier this year. ESPNcricinfo has learned that there were 28 proposals from 17 countries, including the 14 hosts.

This working group was led by former New Zealand fast bowler Martin Snedden, who is chairman of the NZC and its representative on the ICC Board. Former India captain and current BCCI president Sourav Ganguly, Cricket West Indies’ president Ricky Skerritt and former PCB chairman Ehsan Mani were also part of this working group.

The latest global events cycle is in complete contrast to the previous one (2017-23) where the Big Three – India, England and Australia – split a majority of the hosting rights among themselves. It has been seven years since a world tournament has taken place anywhere outside of those three countries. But with the exponential growth of T20 cricket, the ICC wants to take the sport global and that is now reflected in this schedule.

Starting with the 2024 T20 World Cup in the USA, several marquee cricket tournaments will be played in non-traditional countries. Namibia will co-host the first men’s World Cup in Africa since 2003, alongside Zimbabwe and South Africa, in 2027. And in 2030, Scotland and Ireland will join England to stage the T20 World Cup.

The biggest news though is the 2025 Champions Trophy taking place in Pakistan. It will be the first time the tournament will be played since it was abandoned in 2017. It is also a shot in the arm for the PCB which has worked very hard to bring back international cricket after the disruption caused by the 2009 terrorist attacks.

“By allocating a major global event to Pakistan, the ICC has expressed complete confidence and faith in our management, and operational capabilities and skills,” PCB chairman Ramiz Raja said soon after the announcement. He added that the 2025 event will be a “boon for millions of home fans” who will watch their “favourite international players from close quarters.”

The other significant decision was to appoint the USA as a co-host for the 2024 T20 World Cup. This, it is learned, is part of a strategic move by the ICC, which has identified America as a strong market for growing the game. It also makes plain their keenness to get on the Olympics roster. The experience of hosting a major event in the USA, where the 2028 Games are due to be held, will only help in the push for cricket’s inclusion.

The ICC once again acknowledged India as its key commercial driver and allotted three global tournaments to it. They will co-host the 2026 T20 World Cup along with Sri Lanka, then host the 2029 Champions Trophy and then join hands with Bangladesh for the ODI World Cup in October-November 2031.

India are also scheduled to host the 2023 ODI World Cup, the last global event in the current FTP cycle. Ten teams will do battle for that trophy but from 2027 onwards the tournament will expand to include 14 and will witness the revival of the Super 6s format, where the top three teams, from two groups of seven, will play each other for a spot in the knockouts.

The T20 World Cup, too, will expand to include 20 teams. They will be split into four groups of five with the top two entering the Super Eights stage followed by the knockouts.