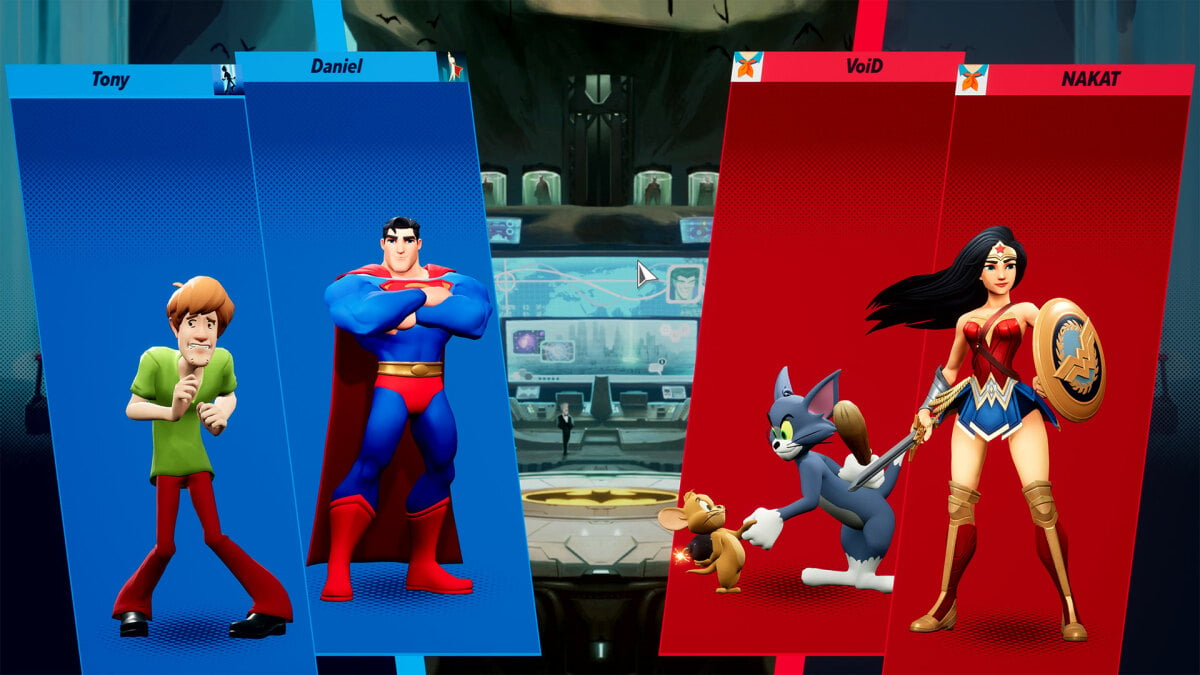 Based on early appearances, you should expect the unexpected when characters from Game of Thrones, Looney Tunes, and other popular Warner Bros. franchises team up and scrap together in WB Interactive Entertainment’s upcoming MultiVersus. The “platform fighter” from the developers at Player First Games is built like a gaming sandbox where magical moments of play emerge from happy accidents and inventive players.

Take Bugs Bunny. The wascally wabbit can toss a projectile-blocking safe on the ground, but it’s also a physics-based object that can be moved — which means a punch can knock it into other players. Arya Stark, meanwhile, steps into the battlefield armed with a throwing knife that she can teleport herself over to, even if a teammate — or, say, a cartoon safe — is touching it.

“Bugs Bunny will knock the safe up in the air and [Arya] will throw the dagger and teleport to the safe…and then re-direct it.” That’s Tony Huynh, game director and Player First co-founder, who spoke to Mashable ahead of a closed public alpha test for MultiVersus. “Everybody understands that, it’s very simple.”

Arya strategically redirecting Bugs’ safe while it’s sailing through the air is like spiking a volleyball. Except here, the ball is a heavy metal box that the opposing team is best off avoiding, lest they be knocked out of the fighting arena and the match.

It’s not a combo the Player First team conceived, tested, and built into MultiVersus with purpose. Arya Stark spiking Bugs Bunny’s safe is an example of “emergent gameplay,” which describes the accidentally awesome outcomes that occur when open-ended game systems, such as the physics governing the safe’s physical properties or Arya’s knife-powered dash, mash together in unintended ways.

It’s also an example of how the still-tiny audience of MultiVersus fans has already surprised the team at Player First. The Arya-Bugs synergy is something players found on their own in the two super-limited tests so far, which amounts to around 20 days of live early access in total. That’s great news in the studio’s eyes — it’s just MultiVersus working as intended.

“The teamwork moments that have come up have been [wild] in our own testing,” Huynh said. “Players have been finding them in our tests and it’s been really heartening to see a lot of the stuff that we’ve been talking about for all these years actually being realized, and being used effectively by players.”

There’s more weight behind Huynh’s reference to “all these years” than most probably realize. Player First Games was founded on the idea expressed right there in the name: “The dream has always been to create player-first games [for as long as] I’ve been in the industry,” he explained.

“The teamwork moments that have come up have been wild in our own testing.”

Huynh’s profile on the studio website boasts about his 15 years of experience contributing to and leading teams as a “combat and systems designer” on games like God of War 3, God of War: Ascension, and League of Legends. But his first gaming love is more like the stuff that directly inspired MultiVersus.

“I’ve played a lot of fighting games. The fighting game community is really important to me. It’s the reason why I’m a combat designer,” he said. “Because I’m intimately familiar with this genre, [I know] there’s a lot of pain points and whatnot.” It’s not about what any specific other game is or isn’t doing for Huynh; it’s more the space as a whole, and the idea that so many games upholding the status quo stifle innovation for the genre as a whole.

“We’re very deliberate about what we’re trying to do,” Huynh said. “We’re trying to pick and analyze what the mechanics actually are and then [ask ourselves], ‘Is that serving the player the best way possible?'”

That mindset has an impact on the work at every level, even when the impact is invisible to players by design. MultiVersus online matches use “rollback netcode,” for example, which cuts down on disruptions caused by network hiccups.

This gets a bit technical, but each split-second frame of the action is crucial in a fighting game. If we assume MultiVersus runs at 30 frames-per-second, which is the ideal minimum for a smooth play experience, that’s a lot of information to keep up with during an online match where players may be scattered across the world.

So when lag threatens to interfere with the flow of a match, rollback netcode fills in the missing information by predicting what the next moves would have been. (It’s much more complicated, but that’s the gist.) But rollback netcode is “expensive,” according to Huynh, so not every fighting game uses it.

There’s also a desire to make MultiVersus a friendlier and more social experience than your average fighting game. That’s why the competitive elements are built around team-based play, and why specific fighters are built for support roles.

“We’re changing the formula, and players are realizing it and they’re utilizing it as a core piece of the game.”

Reindog, an original character created specifically for the game who is introduced during the tutorial, comes armed with a tether ability that can save teammates from defeat or give them a little extra freedom to scrap in mid-air. The tether doesn’t last forever, though, so teams need to communicate and coordinate to use it effectively.

“Those are the types of decisions we made,” Huynh said. “Where can we improve? How do we reach as many players as possible, and have this really smooth mastery curve all the way up?”

The key for the Player First team is keeping things approachable. Lots of fighting games lean on complex button combinations and characters with wildly different move lineups. But MultiVersus cuts closer to the Smash games here, with one-size-fits-all controls. Even if all the fighters behave differently and fill specific, team-oriented roles, the buttons you press to move, attack, and use abilities remain the same.

Mastery, then, happens at the individual fighter level, where you’re learning how to use the common-to-all controls in the context of making them work for Shaggy’s or Tom and Jerry’s specific suite of abilities. That’s also the sweet spot where experimentation starts to happen. Once you know how to best use a particular fighter, you can start poking at the various ways their abilities can interact with other fighters.

“That’s the core foundation. Not just individual abilities, but also, what you’re doing moment to moment should be about playing around your ally and playing as a team,” Huynh said.

That’s why, even with the scant amount of live testing done so far, participating players have managed to surprise and delight the creators of MultiVersus again and again, as with the Arya-Bugs combo. It’s the sweet spot for this kind of sandbox, experimentation-friendly game.

“It warms my heart,” Huynh said. “The things that we said would happen are happening through the gameplay. We’re changing the formula, and players are realizing it and they’re utilizing it as a core piece of the game.”

MultiVersus is coming to PC, PlayStation, and Xbox sometime in 2022.