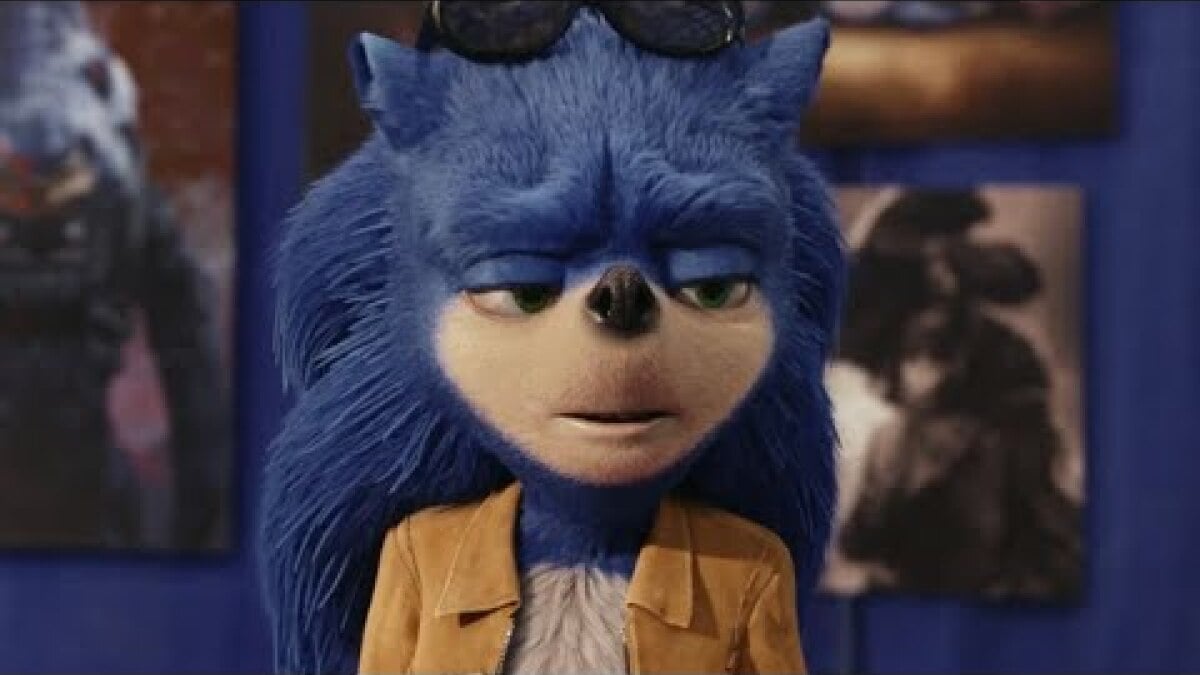 Remember the year 2019, when we all had the power to delay the Sonic the Hedgehog movie because the first design was so grotesque?

If you don’t, here’s a quick rundown: The first Sonic trailer dropped, confirming a rumored design that fans already balked at. The backlash was swift and harsh; the internet said that Sonic’s teeth were terrifying and the overall design was just bad. Director Jeff Fowler was quick to respond, saying Sonic would be redesigned. Fans were ultimately pleased with the character’s new-and-improved look.

Now, we finally know what the original “Ugly Sonic” has been doing this whole time: trying to salvage his career.

Ugly Sonic appears in the new Disney+ movie, Chip ‘n Dale: Rescue Rangers. He’s seen at a comic convention, bent on getting the public to like him. “They’ll like me for who I am,” he says, “Not like last time when the internet got one look at my human teeth and burned the place down.”

Judging by Dale’s haunting reaction to Sonic’s teeth, however, the hedgehog can’t really blame us.