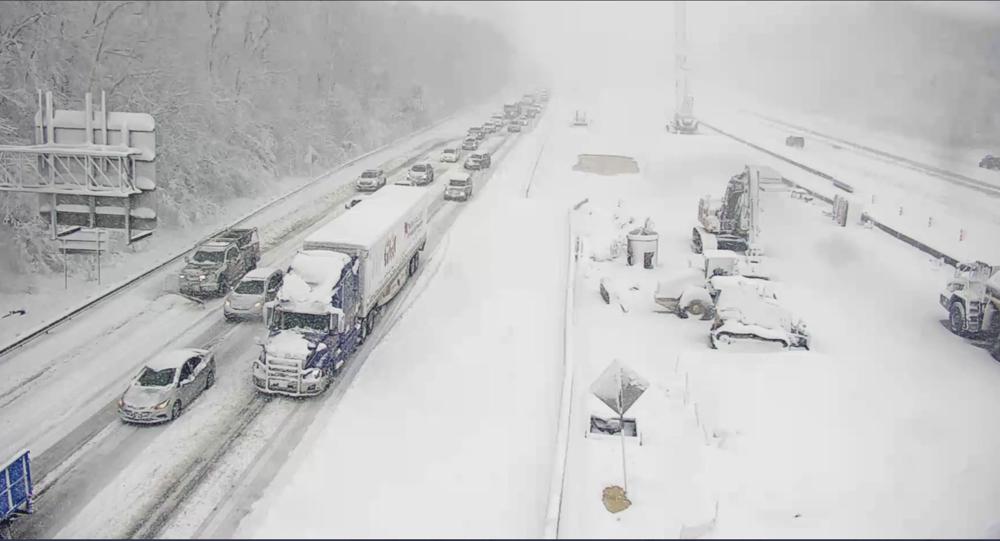 Uber driver DaVante Williams accepted the request to take a passenger from Washington D.C. to Williamsburg, Virginia and was stuck on the Interstate for more than five hours with the stranger.

Williams was among the hundreds of drivers who were trapped on the I-95 in Virginia last week, after a snowstorm caused a 50-mile long backup.

Unaware of the gridlock beforehand, the 32-year-old picked up the teenage girl at Union Station at 2:00 a.m. after her train had been canceled due to the inclement weather.

For the next several hours, he made it his mission to get her home.

The part-time Uber driver said that he was about twenty miles into the two and a half-hour trip when he knew something was wrong. “I noticed trucks and cars, there’s a ton of red lights ahead of me,” Williams told CNN on Sunday.

Trying to evade the traffic by taking alternative routes, he was directed back to I-95 due to road closings caused by fallen trees and power lines. “Once we get back on I-95, my GPS instantly updates itself and it adds another hour-and-30 minutes to the trip,” he said.

Williams noticed that the young woman was distraught.

“She’s telling me she’s okay, but I could hear her on the phone talking to family and friends and I can hear that she’s just exhausted, emotional, and just tired,” he said, as he offered her snacks and drinks to make her feel more comfortable.

Nervous about running out of gas, Williams decided to turn around back to D.C., but didn’t want to leave his passenger back at the station.

After convincing her parents and her— Williams paid for the teen to get checked in at a hotel at around 8:00 am and offered to take her to Williamsburg for free once the road cleared. A family friend was able to take her home later that day.

“So around about 8:30 Tuesday night, she texted me and said she was safe,” Williams said. “She thanked me for everything and her parents had also thanked me for doing what I did for their daughter, because I didn’t have to do it.”

Uber reimbursed Williams for the hotel and thanked him for his service, posting on their Twitter, “Not all heroes wear capes (sic) thank you, Davante!”

Williams’ kind act also opened him up to a new employment opportunity with the upscale rideshare service, Alto, which offered him a part-time position as a lead driver.