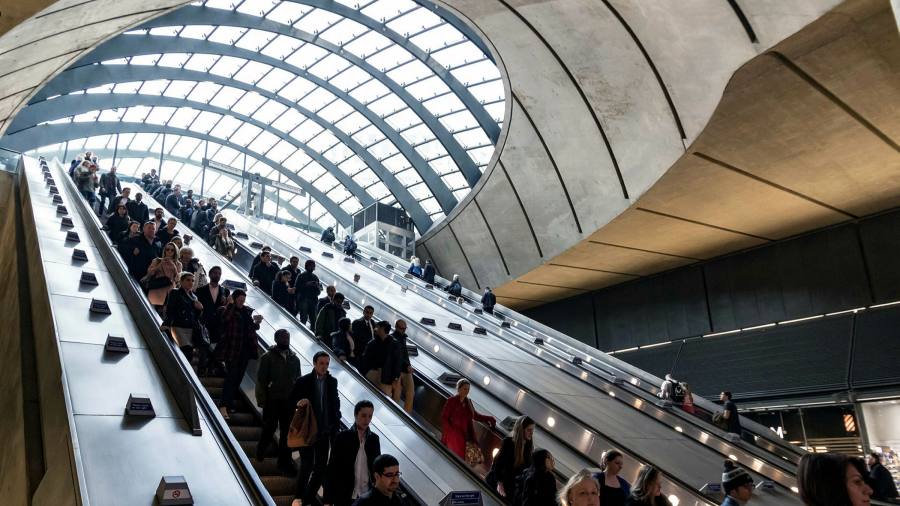 I support the drive by ministers to “level up” the UK, but that should not mean dragging our capital city down, which is the risk the government is taking with London’s transport system.

Transport for London (TfL) is suffering an unprecedented financial crisis caused by the pandemic, a problem London can’t solve alone. Despite repeated warnings from business groups, TfL and city hall, ministers are refusing to provide enough investment to maintain vital transport services. Not only will this have a devastating effect on passengers, it will jeopardise the national economic recovery.

We have sought to work constructively with the government, trying to negotiate a long-term settlement for TfL. We hoped for additional funding in the Treasury’s recent spending review, but nothing materialised. With time running out before TfL’s temporary emergency funding deal comes to an end on December 11, it is my duty as London Mayor to sound the alarm.
Ministers say they want other regions to have “London-style” transport services — but their failure to provide enough funding means it won’t be long before the capital itself no longer has “London-style” transport services. Instead, TfL could become a byword for managed decline.

This is no exaggeration. TfL has already made massive efficiency savings, cutting annual running costs by £1bn over the past five years. If the government continues to starve its funding, there will have to be significant service cuts. At a time when ministers want workers to return to their offices, bus services will have to be reduced by 18 per cent and London Underground services will be cut by nine per cent, with a fall in reliability due to ageing train fleets, some of which date back to the 1970s. This would inevitably force car owners back into their vehicles more often, with negative consequences for congestion, safety and the environment. Crumbling transport infrastructure will mean more road and tunnel closures, leading to greater disruption and gridlock.

To be clear: TfL is not requesting new additions to the network. Schemes like Crossrail 2 and the Bakerloo Line extension, though worthwhile, are now completely out of reach. The risk confronting us is much starker — that the millions of Londoners who rely on TfL will experience fewer, less frequent and more dilapidated services. The city’s residents should not be penalised for the effect of the pandemic in reducing TfL revenues. This would also conflict with Downing Street’s objectives of levelling-up, tackling climate change and stimulating tourism and economic growth to aid the UK recovery.

I am a big advocate of greater transport investment and levelling up in regions of our country that have been neglected for far too long. But clipping the wings of London and its surrounding southern regions is not the answer if you want other cities and regions to soar. There can be no national economic recovery without a London recovery, and there can be no London recovery without a properly-funded public transport network. London contributes nearly £40bn net to the Treasury each year and for every £1 invested on the London Underground, 55p is paid to workforces located outside London, with TfL contracts contributing around £7bn to the UK economy. This supply chain is currently supporting 43,000 jobs around the country — in Falkirk, Ballymena, Bolton, Derby, Liverpool, Yorkshire and beyond — jobs which could be at risk unless the government changes its anti-London stance.

With just over three weeks to go until the current temporary deal ends, it’s time to stop short-term political thinking. The future of TfL and our capital is too important. Rather than threatening the recovery, ministers must start working in good faith to protect London’s transport network for the sake of the capital and the whole country.