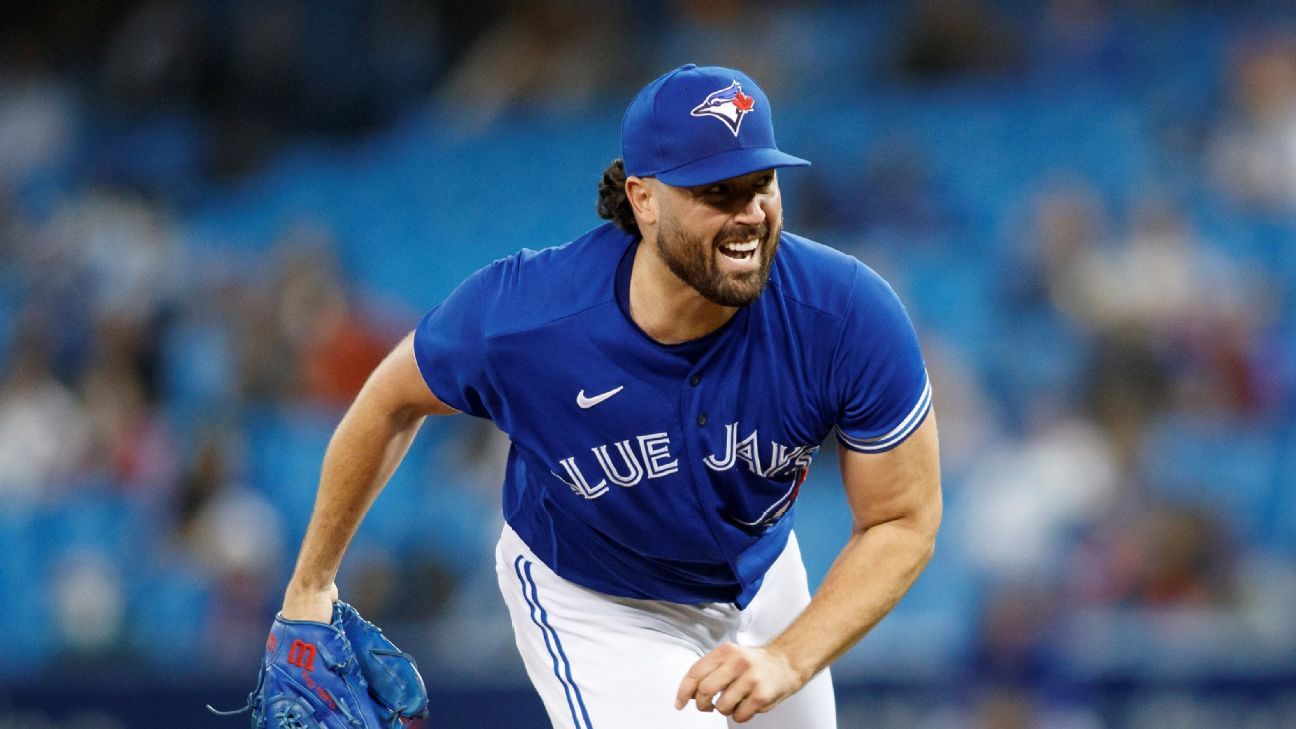 Armed with a four-seam fastball, slider, curveball and change-up repertoire, Ray was 13-7 with a 2.84 ERA (1.04 WHIP) in 193.1 innings pitched while leading all American League pitchers with 6.7 WAR. Ray became the first Blue Jay to win the award since Roy Halladay took home the honors in 2003, joining a club featuring Pat Hentgen in 1996 and Roger Clemens in 1997 and 1998.

Ray became a free-agent after the 2021 season and is one of the top pitchers on the market. “I’m enjoying free agency,” he said while accepting his award via video call with MLB Network. “The process is a lot of fun.”

Ray added that Toronto is “still in the conversation.”

“Obviously, I love Toronto, but we’ll see where things go,” he said.

Ray started his career as a 12th round draft pick of the Nationals in 2010 before being traded in 2013 to the Detroit Tigers in the deal that sent Doug Fister to Washington DC. Ray made his major league debut in 2014 before the Tigers traded Ray to the Arizona Diamondbacks in a deal that sent Didi Gregorius from Arizona to New York and Shane Greene from New York to Detroit.

The 30-year-old Ray landed in Toronto in 2020 after the Arizona Diamondbacks traded him in exchange for reliever Travis Bergen. In 2020, Ray pitched in five games, posting a 4.79 ERA, 1.74 WHIP in 20.2 innings pitched after struggling with the Diamondbacks to the tune of a 7.84 ERA and 2.00 WHIP in seven starts.

His 6.62 overall ERA in 2020 is the highest ever by a pitcher in a season prior to winning a Cy Young award, according to Elias Sports Bureau.

“I knew … I was going to have to put in some hard work,” Ray said, adding, “I knew I wanted to make changes.”

Ray re-signed with Toronto after the 2020 season with a one-year, $8 million contract. While Ray missed the first two weeks of the 2021 season recovering from an elbow contusion he suffered falling down a set of stairs late in spring training, he posted the best year of his career, leading the American league in ERA, innings pitched, strikeouts, ERA+ and WHIP.

Improved control was key to Ray’s bounce-back season. After averaging nearly eight walks per nine innings in 2020, Ray walked just 2.4 batters per nine this season. No pitcher since 1900 has ever improved their walks per nine rate more from one season to the next.

Ray also broke Yu Darvish‘s record for most career strikeouts through 1,000 innings pitched with 1,241 and is currently the all-time leader in strikeouts per nine (11.2).

Information from The Associated Press was used in this story.