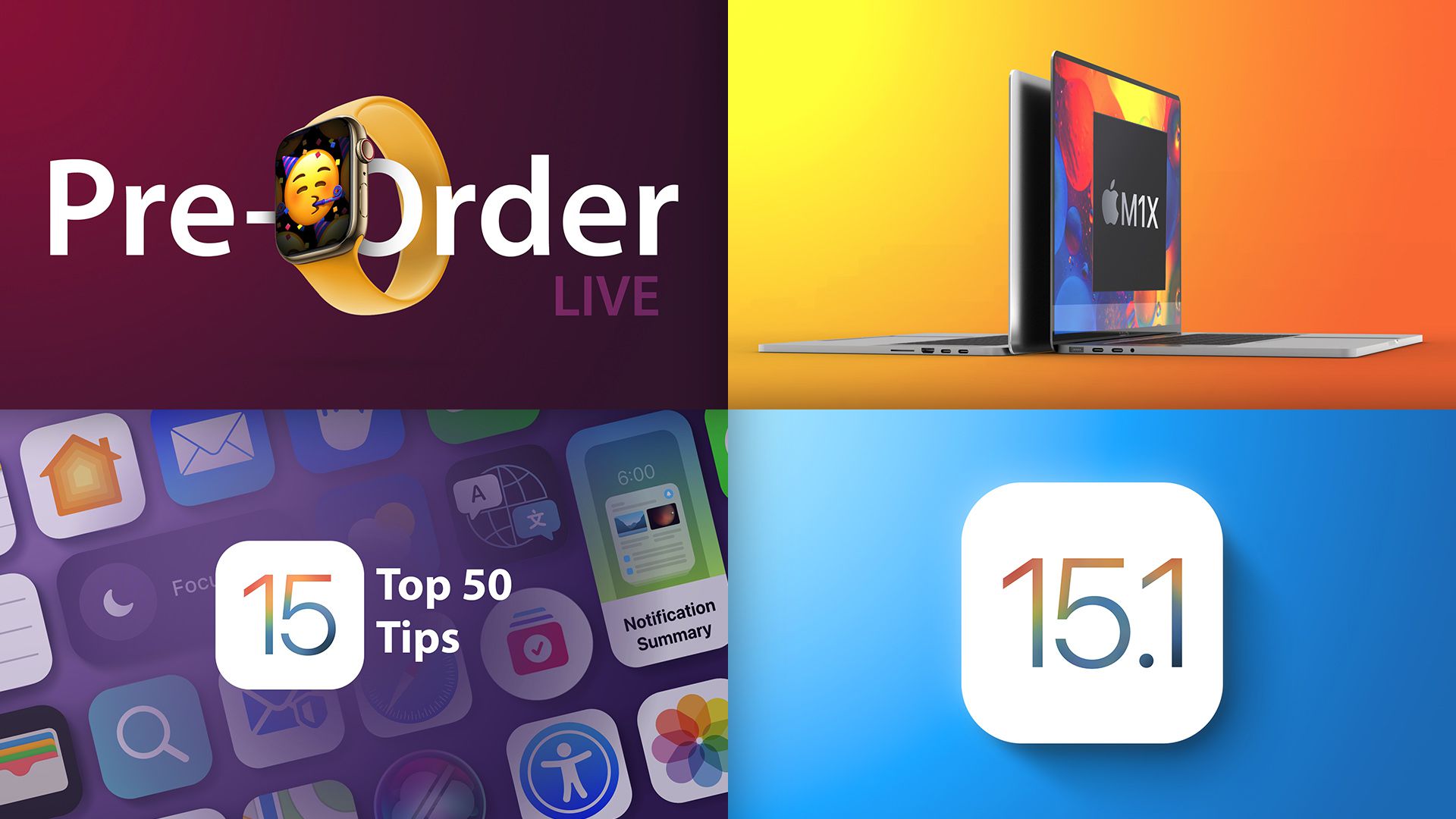 The first full week of October was a busy one for Apple news, including the launch of pre-orders for the Apple Watch Series 7, the 10th anniversary of Steve Jobs’ death, and speculation about another Apple event later in the month.

Apple also continued to roll out new features during the iOS 15.1 beta cycle and pushed some new features to several AirPods models, while we shared 50 of our favorite tips and tricks in iOS 15, so read on for all of the details!

Pre-orders are now underway, although shipping estimates for many models quickly slipped, suggesting that supplies are indeed tight as had been rumored due to manufacturing difficulties.

This week marked the 10th anniversary of Apple co-founder Steve Jobs passing away. Apple celebrated his life with a full-page tribute on its website, including a video called “Celebrating Steve” and a statement from his family. Apple CEO Tim Cook reflected on Jobs in a memo to employees, and Apple’s former design chief Jony Ive wrote a touching remembrance.

We also heard some interesting Steve Jobs stories this week, including that he once tossed the original iPhone across a room to impress journalists, and that he offered to license classic Mac OS to Dell in the 1990s.

When Could the October Apple Event Be Held?

It’s likely that there will be at least one more Apple event this year, as rumors suggest that redesigned 14-inch and 16-inch MacBook Pro models with a faster iteration of the M1 chip are nearing launch.

It’s looking increasingly likely that the event will be held in late October, or perhaps in November, and we’ve rounded up a few other things that Apple might announce in addition to the new MacBook Pro models.

A few weeks have passed since Apple released iOS 15, and we’ve rounded up a list of 50 features, tips, and tricks that you might not have known, complete with a video providing hands-on demonstrations.

The list includes key features of iOS 15 and iPadOS 15, in addition to smaller changes that aim to make the time you spend using your ‌iPhone‌ and iPad more efficient, more functional, and more enjoyable.

Apple this week seeded the third beta of iOS 15.1 to developers for testing, and as usual, we’ve uncovered some new features and changes.

We’ve rounded up everything new in iOS 15.1 beta 3, including ProRes video recording in the native Camera app and a new Auto Macro toggle switch in the Settings app that can be turned off to prevent automatic switching to the Ultra Wide lens to capture macro photos and videos.

Apple this week released a new firmware version 4A400 for the second-generation AirPods, the AirPods Pro, and the AirPods Max.

Each week, we publish an email newsletter like this highlighting the top Apple stories, making it a great way to get a bite-sized recap of the week hitting all of the major topics we’ve covered and tying together related stories for a big-picture view.

So if you want to have top stories like the above recap delivered to your email inbox each week, subscribe to our newsletter!