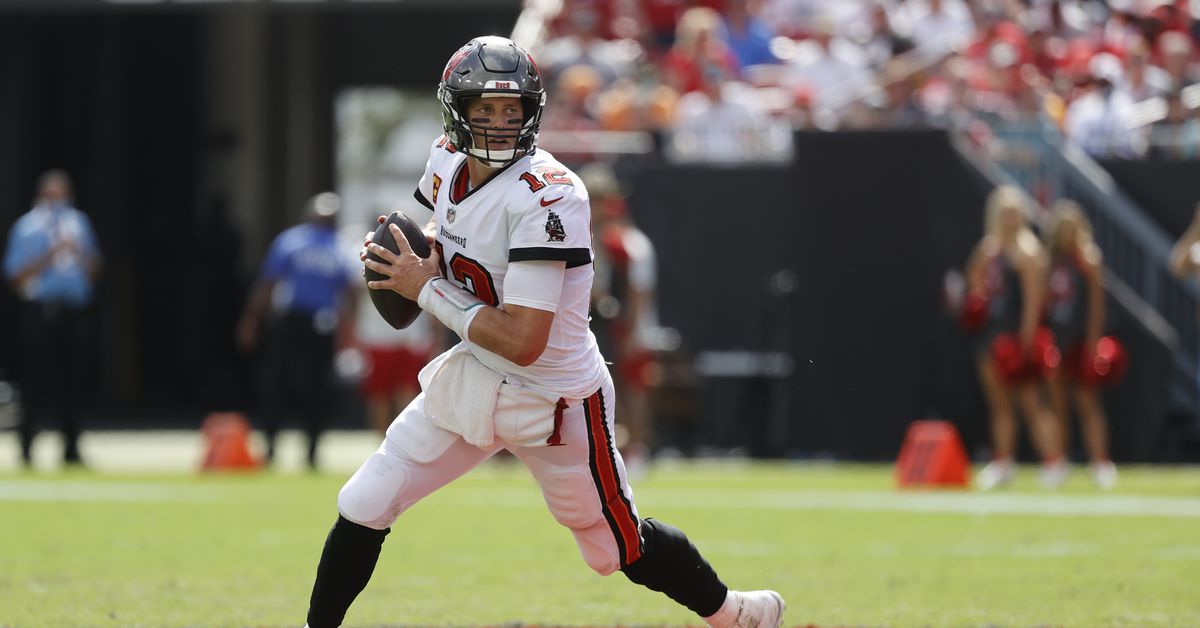 Tom Brady wasn’t exactly known for his speed even when he was young. Brady famously ran a 5.28 seconds 40-yard dash at the NFL draft combine back in 2000, which is not good. He became arguably the greatest quarterback of all-time playing for the New England Patriots, but rarely beat the opposing defense with his legs. In his 22 seasons in the league, Brady has finished a season with more than 100 yards rushing only three times.

Now at age-44, Brady is almost exclusively a pocket passer. That’s why it was so jarring to see him bust a 13-yard run for a first down during the Tampa Bay Buccaneers’ 45-17 win over the Miami Dolphins on Sunday. Just before halftime, Brady scrambled to put the Bucs in position for a 60-yard field goal. The kick missed, but Brady’s rare scramble still turned some heads.

Brady’s 13-yard scramble was his longest run since 2019 on the Patriots. Watch it here:

Brady has become a bit self-deprecating late in his career in speaking to the media — it’s easy to do that when you have seven Super Bowl rings — and he used the occasion of his scramble to make another joke at his own expensive.

Brady said “I can turn a 30-yarder into a 10-yarder better than anyone.”

Bucs’ Tom Brady on his 13-yard run today at age 44: “Most of the guys in the NFL would probably make like 30 yards on a run like that. I can turn a 30-yarder into a 10-yarder better than anybody.”

More importantly, Brady threw for 411 yards, five touchdowns, and zero interceptions to help the Bucs improve to 4-1 on the year.

In case you’re wondering, the longest run Brady’s career is 22 yards, set back in 2006.

According to Bill Barnwell, Brady’s run was timed at 16.3 miles per hour.

That’s not Cordarrelle Patterson speed, but it feels more impressive than Brady’s 40-time if it’s accurate.

Somehow, Brady keeps doing things no one would expect at 44 years old.