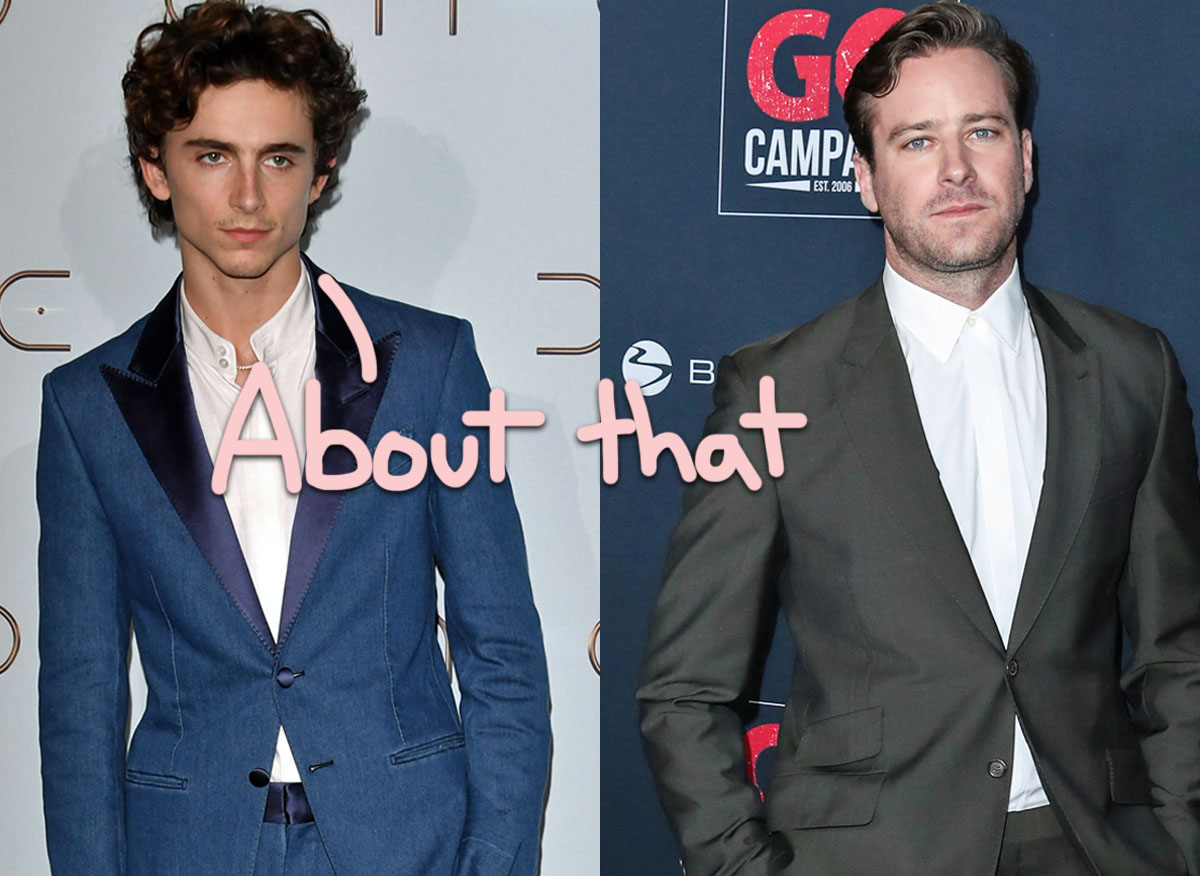 It’s been months since Armie Hammer’s sexual fantasies and alleged sexual abuse accusations first came to light, but now one of his most famous co-stars is speaking out on the matter.

In a new interview with Time magazine, Timothée Chalamet was asked to comment on his Call Me By Your Name love interest’s rape accusation, which was brought forth by a woman identified as Effie earlier in the year. She claimed the actor “violently raped” her in April 2017. At the same time, Hammer’s sexual desires were also put on blast when a slew of alleged DMs to women online leaked, mentioning BDSM, cannibalism, and rape. Not only did this coincide with the divorce from his ex-wife Elizabeth Chambers, but it resulted in him losing roles in two upcoming projects — Jennifer Lopez‘s Shotgun Wedding and a remake of The Godfather titled The Offer.

Related: Elizabeth Chambers Is Dating Again, Putting Horrific Armie Hammer Past Behind Her!

On the sensitive subject, the 25-year-old essentially declined to comment, as the outlet wrote:

“[Chalamet] demurs when asked about co-star Armie Hammer, who has denied a widely publicized accusation of rape. ‘I totally get why you’re asking that,’ he says, ‘but it’s a question worthy of a larger conversation, and I don’t want to give you a partial response.’”

Hmm… Not revealing much, but we suppose that’s the best he can do without totally slandering his former scene partner or getting involved in his own controversy. Will he ever actually take part in that “larger conversation,” though? That’s the real question! Otherwise, it just sounds like the perfect PR defense. A truly perfect one. But one nonetheless.

Given that these accusations have been public for so long now, do you think the Dune lead should have more to say? Or is it best for him to stay neutral on the topic? Let us know what you think in the comments (below).