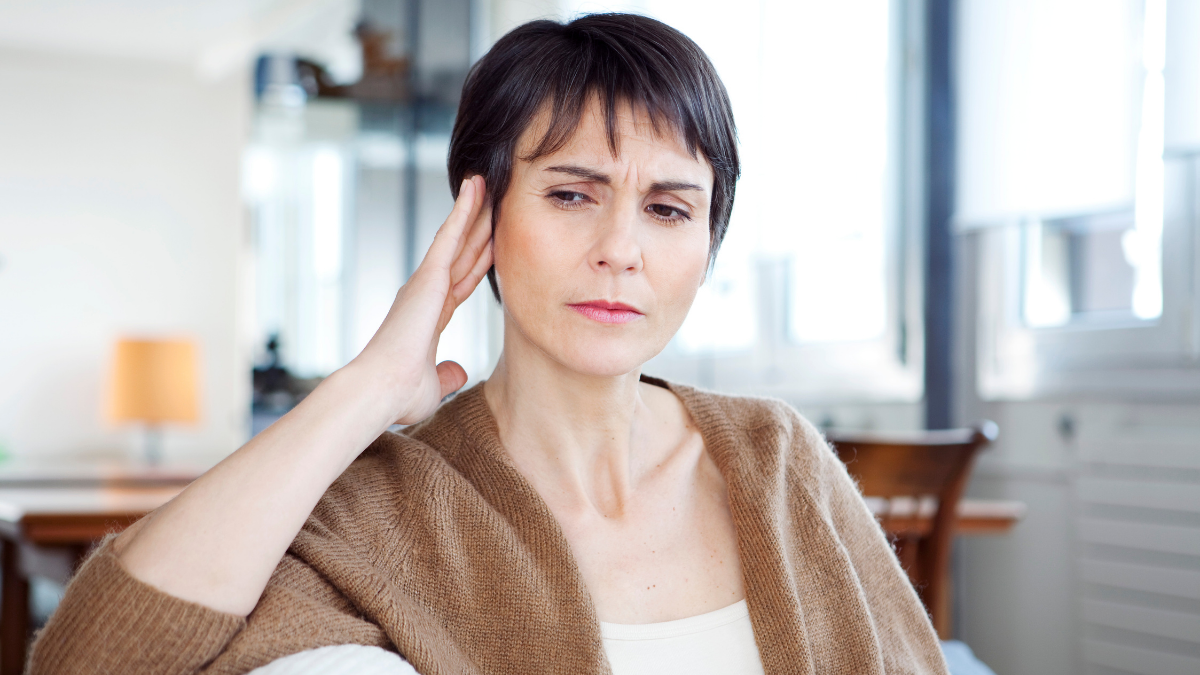 Not again,” Kate Chapman moaned, closing her eyes to the high-pitched scream in her ears. For years, the 51-year-old Colorado singer had been plagued by the sound, which often made her lose the key she was singing in. But it wasn’t just affecting her career; the constant ringing brought physical tension between her shoulder blades and neck and left her distracted and anxious.

Doctors had told Kate she was experiencing tinnitus, a ringing or buzzing noise that can come and go or be constant … and there’s no exact cause or cure for the condition. Year after year, as the ringing grew more disruptive, Kate tried listening to soundscapes to mask the sound, but it wasn’t long before the noise would break through again. And one day, with her tinnitus worse than ever before, Kate had finally had enough. I can’t go on like this, she despaired. I need to find a fix — and fast!

How can humming help tinnitus?

At that moment, Kate was prepping for a singing workshop she was giving about how humming can calm the nervous system. Thinking of exercises she could bring to the event, she began one wherein she hummed a consistent tone, moving it throughout her body. Starting at the base of her spine, she pictured the hum draining into the area and swirling around, taking note of whether the sound moved through or if it felt “stuck.”

As she moved the noise to her stomach and chest, she paid attention to where her mind wandered. If she began thinking about her shoulder, for instance, she asked herself why and tried to be mindful of how the hum felt in that area. If she felt the sound get stuck, she made a mental note, staying mindful of its presence.

When she reached her ears, Kate noticed the frequency of the ringing there and naturally matched the tone with her hum. Within seconds, she was astonished: Humming the same frequency had completely stopped the ringing in her ears! As a wave of relief washed over her, she waited for the tone to return. When it did a short time later, she again matched the frequency to her hum, and the sound again disappeared.

Over the next few weeks, Kate practiced this exercise, which she called “recalibration,” when the ringing came, getting more creative each time. If the tinnitus didn’t cease after humming a matched frequency, she would hum in dissonance, harmony, short pulses or loud harsh tones.

The more she practiced, the easier it became to stop the ringing, and today, Kate, who is also a life coach, and has a YouTube channel, says she is almost completely tinnitus-free. “Some errant tones come up, but they flit out very quickly: I don’t even need to hum anymore!” she beams. “I’m relieved that I have a free, easy, no-side-effects way to help myself feel better.”

What are other strategies for treating tinnitus?

Taking 120 milligrams of ginkgo biloba extract (Buy from iHerb, $6.64) reduces inflammation in the cochlea, the part of the ear crucial for healthy hearing. A study in Neuropsychiatric Disease and Treatment found ginkgo dials back ringing to help you hear 36 percent better.

Scientists at the University of Texas Health Science Center say stretching the jaw muscles reduces tension on ear structures that play a role in tinnitus to stop the ringing.

To do: Slowly open and close your mouth 10 times. Bend your index finger and place the middle knuckle between your upper and lower front teeth. Hold for 30 seconds. Once you can do this easily, open your mouth wider, and stack your middle finger atop your index finger; hold for 60 seconds. Repeat six times daily.

This article originally appeared in our print magazine, Woman’s World.