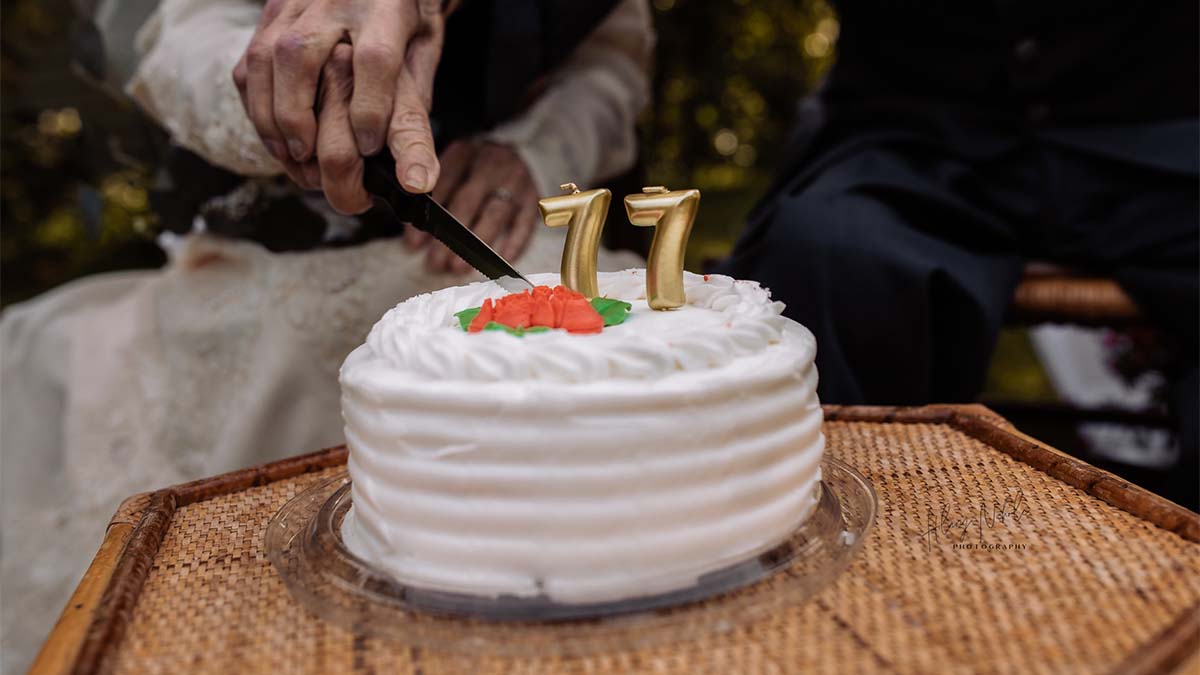 Having someone take photos of the bride walking down the aisle and the couple saying their “I do’s” keeps those special wedding moments alive forever. But Royce, 98, and Frankie King, 97, never had any pictures taken during their nuptials, that is until their 77th wedding anniversary.

The Kings were first married on September 16, 1944 in Oelwein, Iowa. Their daughter, Susan Bilodeau, tells Woman’s World that the ceremony was a speedy occasion because her father was serving in active duty in the US Air Corps (which later became the US Air Force) during World War II. “He was on a short leave so they didn’t have time for shopping or having alterations on a wedding gown and nobody they knew had a camera!” she says.

But when the team at St. Croix Hospice, who takes care of Frankie and Royce in their Iowa home, heard this story they decided they would help them celebrate their 77th anniversary by recreating their wedding ceremony. In just three days, they arranged all the details including the cake, the music, finding Frankie a wedding gown, and of course, a photographer! And on September 24, surrounded by family and loved ones in their backyard, the happy couple had the wedding they always dreamed about.

See some of the special moments that Bilodeau says moved her and everyone at the ceremony to tears.

The Kings’ love story has been making its rounds online. A post highlighting the ceremony from St. Croix’s Facebook page received thousands of comments with users writing heartfelt messages including “Breathtaking moments captured in so many ways.” and “Beautiful couple and story. Hospice team you are so special for what you did to honor this couple.”

Bilodeau adds that her parents were extremely touched by the gesture. “Dad was proud to wear his [military] uniform for mom again. And mom felt honored and pampered to be given an opportunity to wear the gorgeous wedding gown.”

Congrats to the happy couple for celebrating 77 years of marriage!