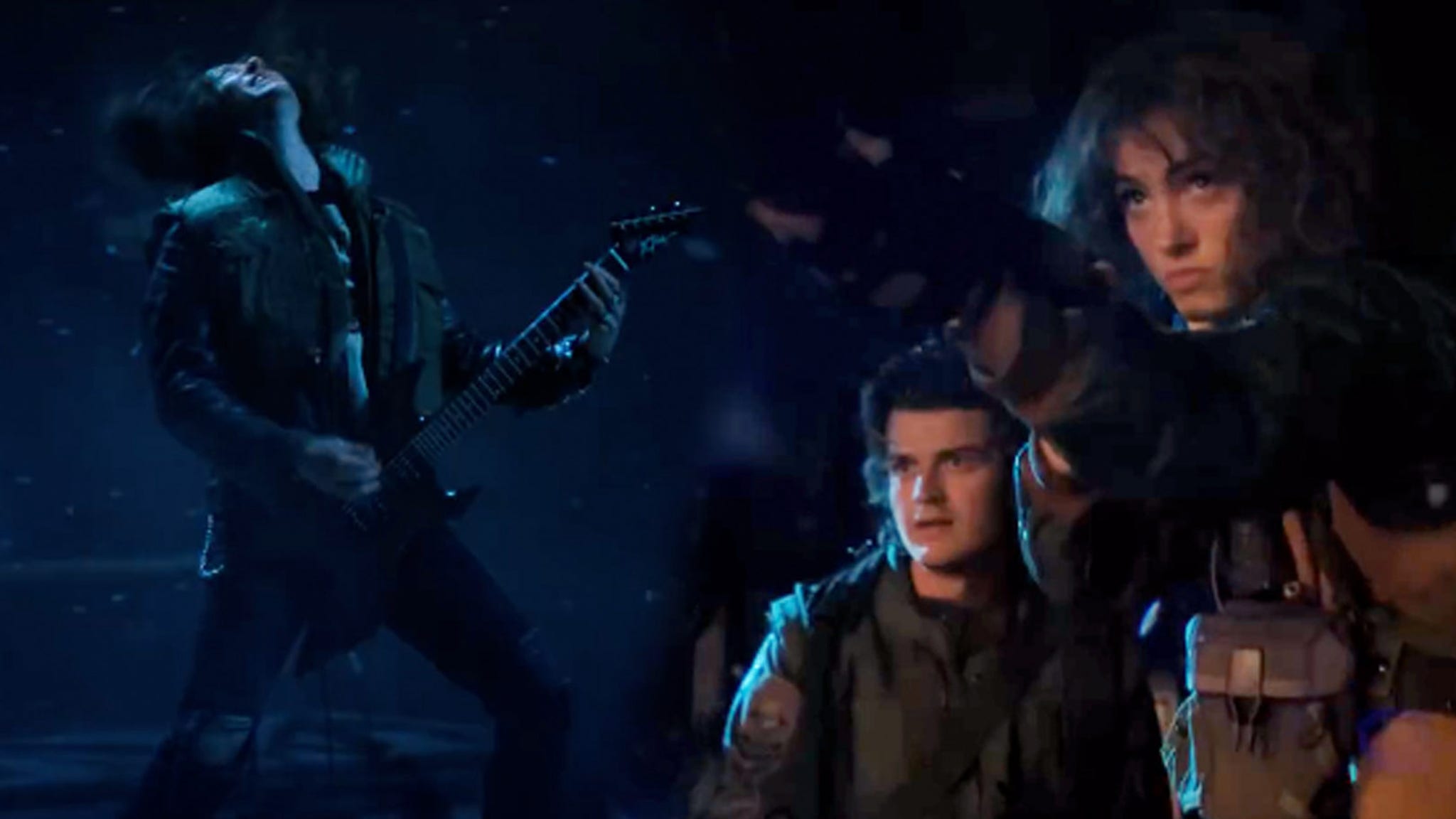 Some of the footage already released was clearly from the second part of the season — and it makes a lot more sense now!

“Stranger Things 4: Volume 1” dropped this weekend, changing everything we thought we knew and understood about Eleven and the Upside Down.

There were some pretty horrific deaths (RIP Chrissy!), jaunts to Russia (Hi, Hopper!) and Utah (Greetings, Suzie!) and some major backstory that filled in a lot of the blanks when it comes to our favorite Hawkins Lab escapee. The season also ended with one helluva exposition dump, revealing the nasty history of the new Big Bad, Vecna.

Unlike previous creatures on the show, we found out in the finale that Vecna actually used to be human. And not just any human, but 001, Dr. Brenner’s original test subject. In flashbacks, we learn he moved to Hawkins as a child and learned he had telekinetic powers. When his mother threatened to send him away to a facility, he used his powers to kill his mom and sister, framing his dad for their murders. Unfortunately, he was still sent to Brenner, who not only studied the boy, but attempted to recreate his abilities in other children.

At some point, Brenner dampened his powers with a chip and trained him to become a lab assistant, which is how he eventually befriended Eleven as an adult. He got her to remove the chip, but then went on a killing spree inside the facility. She’s the one who stopped him, accidentally opening up The Gate to the Upside Down for the first time and banishing him there. Once there, he became a ghastly creature and right-hand man for the Mind Flayer.

By the end of the season, Nancy was under Vecna’s curse, Eleven had seemingly unlocked her full power potential — with Mike, Will, Jonathan and Argyle on her trail — and Hopper was on his way out of a Russian prison. And while we’ll have to wait until July 1 to see how the second half of the season plays out, the two trailers released for Volume 1 actually give us a few clues on what we can expect when the show returns.

That’s right, both trailers included footage from the still-unreleased episodes. Let’s start with the most recent trailer that came out this week (above).

Judging from this, Nancy will be fine.

Footage shows her out of her trance and with Steve and Robin back inside the Upside Down.

This time, however, they look ready for a showdown and are clearly armed.

Another shot shows the trio inside what appears to be the Creel house, looking like Ghostbusters.

Since we know fire seems to be the only thing that hurts these inter-dimensional beings, they’re likely holding flamethrowers.

We also see Robin in some trouble, however, as Nancy and Steve look to be working to free her from vines.

There’s also a shot of Eddie Munson shredding his guitar atop his trailer park in the Upside Down, so he must venture there too.

If we had to guess, he’s likely playing some ’80s death metal to keep himself — or everyone else grounded — as we know Vecna’s curse can be broken by music.

That Eddie shot was in the initial trailer for the season that came out last month.

That one, too, had some hidden clues that only seem spoilery after seeing Volume 1 (above).

In the first promo, there was a quick glimpse of Eleven with her buzzed head back inside the Upside Down.

Looks like she’ll take this fight to the other side too after getting back her mojo — looking ready to thrown down against Vecna, the Mind Flayer or both of them.

As for other random shots that didn’t appear in Volume 1 but were in its teasers, we also see both Erica and Lucas inside the Creel home (above), a troubling shot of Mike’s mother and sister in some sort of danger and Dustin, doing his best Ewok celebration in a disguise (below).