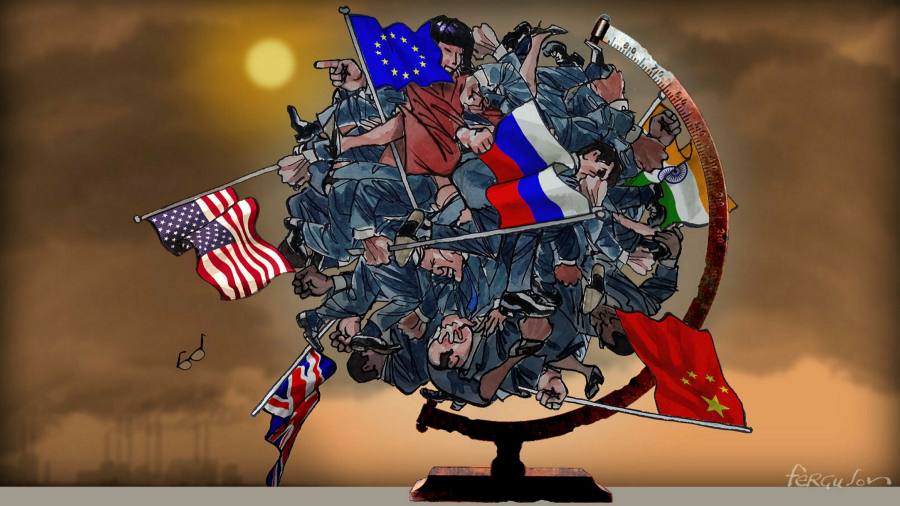 In a way, Boris Johnson was the perfect host for COP26. The British prime minister specialises in groundless optimism and empty pledges. The Glasgow climate summit produced plenty of both.

Ahead of the meeting, the informal slogan was “keep 1.5 alive”. But to have a good chance of limiting global warming to 1.5C, global production of coal, oil and gas must start declining immediately and steeply. Nothing that came out of Glasgow suggests this will happen. Even some of the agreements signed at COP26 — about restoring forests and cutting back methane emissions — are little more than aspirations. As António Guterres, secretary-general of the UN, observes: “Signing the declaration is the easy part.”

It should not be a surprise that Glasgow was a disappointment. The UN climate process has been running for almost 30 years and over that time, carbon-dioxide emissions have continued to rise. There was no real reason to expect that COP26 would succeed where the previous 25 COPs had failed.

After Glasgow, it is time to recognise that the UN climate process does not work. This is not because the science discussed at the COP meetings is faulty. The problem is political. The world leaders at COP26 all endorsed the need for radical action. But the political pressures they are under are actually a recipe for inaction.

Domestically, politicians have good reason to fear that the cost of decarbonisation will be electoral defeat or social unrest. Every American president understands the political dangers of rising gas prices. The US has twice signed up to UN climate agreements — in Kyoto and Paris — only to back out later. In China, the government is moving to head off energy shortages by opening scores of new coal-fired power plants. The Indian government knows how dependent its economy is on coal.

The international politics of COP are no easier. The process requires the unanimous agreement of almost 200 nations. In Glasgow, the objections of China and India forced a watering down of vital commitments on coal.

The repeated failures of the UN process have led many to denounce the current generation of world leaders as deficient or immoral. But different leaders, placed under the same pressures, would probably come up with similar results. Idealistic calls for politicians to “embrace a global consciousness” cannot wave away the fact that most politics remains local.

Pundits point to opinion polls that suggest the public demands radical climate action. But many world leaders are understandably sceptical. When France’s president, Emmanuel Macron, tried to raise petrol prices on environmental grounds, he sparked more than a year of social and political turmoil.

So what now? As the deficiencies of the COP process become ever harder to deny, the demand is likely to grow for another approach: geoengineering. That means efforts to alter or “repair” the climate, by reversing or reducing the processes that are leading to climate change.

One popular idea promoted by Gernot Wagner, author of a new book on geoengineering, is to reflect sunlight away from the Earth by injecting aerosols into the stratosphere. Another plan, championed by Sir David King of the Centre for Climate Repair at the University of Cambridge, is to refreeze the Arctic by encouraging white-cloud coverage over the region.

The leading advocates of geoengineering all stress that their schemes are no substitute for efforts to reduce greenhouse gas emissions. They also frankly admit that there are big risks involved in geoengineering — such as air pollution or unanticipated effects on the climate. But the bigger risk may be to continue to rely on the global climate talks.

Unlike the UN process, geoengineering would not require unanimous global agreement. Deploying remote-controlled ships to refreeze the Arctic would require the consent of the peoples in the region — and a single wealthy state (or even individual) to spend the billions of dollars such a scheme would require. The fleets of planes that might be needed for solar geoengineering could similarly be mustered by any of the world’s leading military powers.

But while the politics of geoengineering are easier than the COP process, they are still not straightforward. For a single nation or a “coalition of the willing” to take actions that change the climate of the entire planet would invite a global backlash. Two academics, Peter Irvine and David Keith, argue that the US is too widely distrusted to be able to take the initiative. Instead, they suggest that the lead on geoengineering should be taken by “smaller developed democracies with strong records on climate action”.

In reality, small democracies will not have the power or the legitimacy to take action without the approval of the superpowers. By contrast, the US and China both have the power, arrogance and resources to take unilateral action. But they both also probably understand that acting alone would be controversial and risky.

The best geopolitical solution to geoengineering would involve joint action by the US and China. At present, despite warm words at the summit, Washington and Beijing lack the mutual trust to work together. But, as the growing dangers of climate change sink in, new and radical approaches will come to the fore. Desperate times may call for desperate measures.