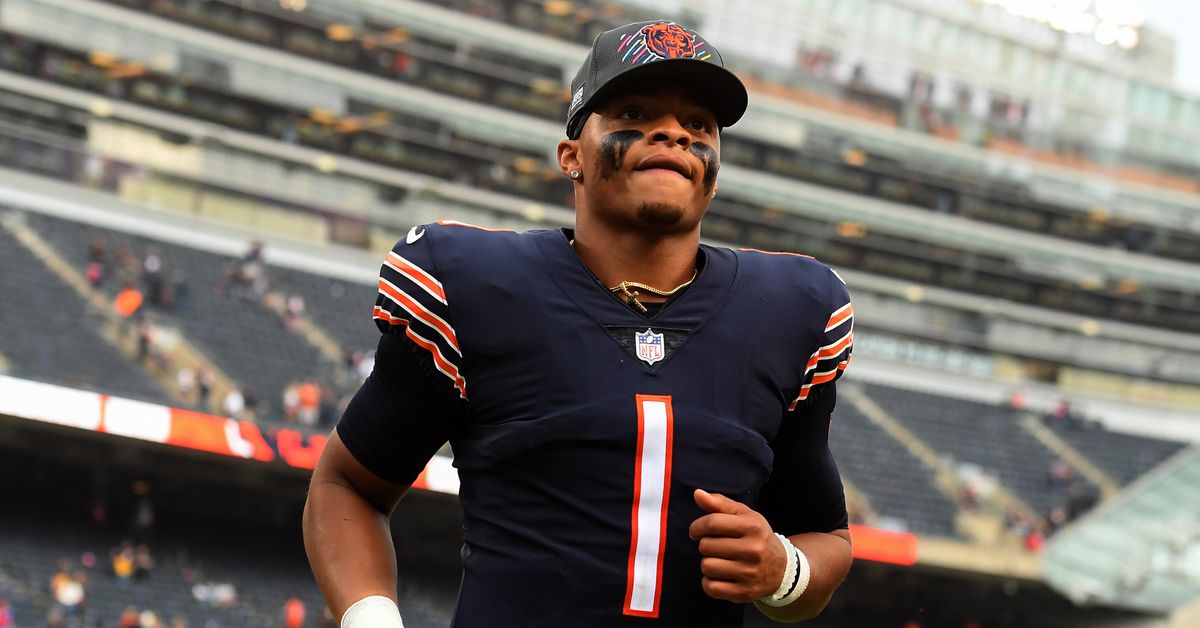 We’re approaching the one-third mark into the season and the only thing I can say for certain is that I have no idea what’s happening this year. I know I say that every week, but I’m going to keep saying it until it’s no longer true.

Everything still feels up for grabs at a time we can normally have some fairly strong feeling on how the season is shaping up. There are so many teams underperforming expectations, and others doing vastly better than we imagined — and that’s all rolling together to create tremendous unpredictability.

Here’s what I want to find out in Week 5:

No. 1: Can Urban Meyer survive this week?

It’s been an absolute mess for the Jaguars off the field thanks to Urban Meyer, and it’s only getting worse. There are reports he’s lost the locker room, and now Jacksonville has a brutal divisional game against the Titans.

More important than winning this game is taking stock of how they perform. Keep in mind the Titans look weak this season, and they’re just coming off a loss to the Jets. That makes Week 5 the best time to get an actual sense for what the Urban Meyer era in Jacksonville is.

I mean, if Zach Wilson can struggle along with the Jets and beat Tennessee, then the Jaguars get blown out, what does it say? The Jets are a similarly bad team, also taking lumps with a rookie QB, and led by a first-year coach. The expectation should absolutely be that the Jags can play the Titans close, and if they don’t, well, I honestly don’t know how long it’ll be before the plug is pulled.

No. 2: Can the Rams bounce back from adversity?

Los Angeles had their asses handed to them by the Cardinals just as everyone was getting on the Rams hype wagon. Now they face the Seahawks on short rest in a divisional game that has huge ramifications for both teams.

The NFC West is a minefield and everyone is talented. The Rams need to get back on track and prove their bad loss was a hiccup they can move past, rather than getting lost in the moment and struggling to come back. Meanwhile the Seahawks needs a win to keep up in the race, so there’s everything to play for.

It has been fairly smooth sailing for the Rams up until last week, so their demeanor on Thursday night is everything.

No. 3: Are the Panthers ready to prove they weren’t a fluke?

Starting the season 3-0, the Panthers had a sobering experience as they faced the Cowboys and lost. It ended up being a fairly close game, but it was clear Dallas had their number. Now, going from playing bad teams to Dallas was like turning the dial up to 11 immediately, but Week 5 against the Eagles is a different story.

Carolina seems to be going all-in this year, making bold trades like acquiring Stephon Gilmore and there seems to be an internal belief they can make a run. That doesn’t happen if they can’t beat talented, but middling teams like the Eagles.

A loss to Philly would show this was a paper tiger to start the season. A convincing win could push them back in the conversation as a team to watch.

No. 4: Can the Bengals shock everyone?

The surprising Cincinnati Bengals are at 3-1 and atop the AFC North, when most would have considered them the worst team in the division. They’ve been quietly getting the job done while the focus has been on other teams, now they need to prove they are a legitimate threat.

That won’t be easy against the Packers, who have moved past their Week 1 disaster and look as dominant as they did a year ago. Green Bay is the perfect kind of statement game for Joe Burrow and company to prove they’re legit this season, and a win could really mean looking at them closer as a team that could win the division.

No. 5: Can Justin Fields shine?

It’s going to be a rough Week 5 for the Bears against a Raiders team looking to bounce back following a crushing loss to the Chargers. However, this is the kind of perfect game for a rookie like Fields to break out and gain some confidence.

Las Vegas is an incredible team offensively, but their defense has been very suspect. This will put the pressure on Chicago’s defense to perform, while allowing their rookie QB plenty of opportunity to make plays and prove to everyone why he was a top prospect.

No matter what happens it’ll be too early to write off Fields, but a big game will work wonders in giving him something to build off.

No. 6: Can the Chiefs turn this around?

Kansas City fans are not happy with the Chiefs’ 2-2 start to the season, putting them at the bottom of the AFC West — but there’s an unwavering belief this team will put it together and return to dominance. That cannot happen without a win against Buffalo.

This is one of those games you’d have circled before the season as one to watch, but also an okay place to maybe drop one if you’re a Chiefs fan. The only problem: You likely thought the team would be 4-0 right now after games against the Browns, Ravens, Chargers and Eagles.

Kansas City gave up two games which should have been wins, meaning they need to perform against much better opponents. If the Chiefs lose they simply dig this hole deeper, and at some point all the fan faith in the world won’t be enough to pull themselves out.