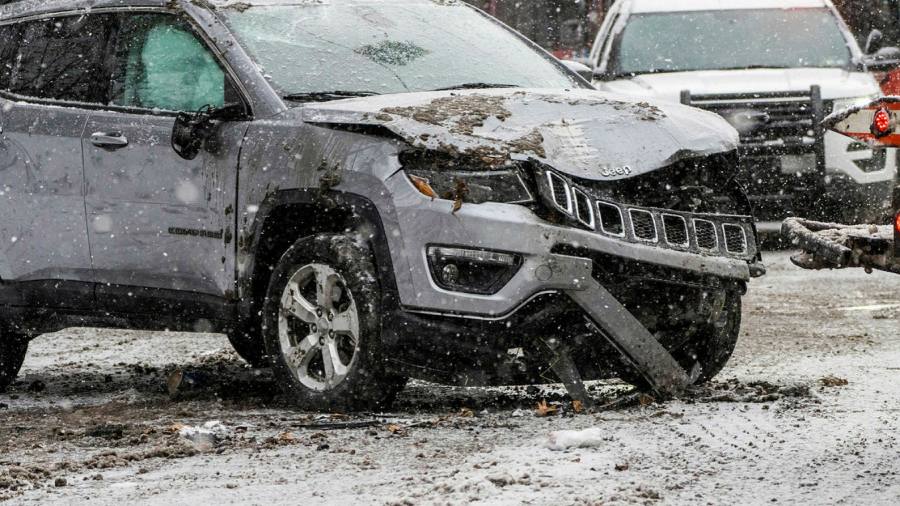 Edward Price, a former British economic official and current teacher of political economy at New York University’s Center for Global Affairs, looks at the perilous road ahead for a Federal Reserve trying to deflate the US economy without crashing markets.

Not so long ago, the Fed was worried. Why couldn’t it produce inflation at a measly 2 per cent?

Indeed in the summer of 2020, the world’s most important central bank was so worried that it unveiled a framework aimed at stirring price pressures and spurring job creation. The centrepiece was the Flexible Average Inflation Target, or FAIT. FAIT would give officials the wriggle room to run the economy hot, with inflation surging past its 2 per cent goal for an unspecified, but limited, period of time. Thus the US labour market would tighten. All while the Fed’s inflation-fighting credentials remained firmly intact.

The theory was that the past decade had shown that the US economy could tolerate far higher rates of employment without the risk of a debilitating spiral in wages and prices. So, as the pandemic shuttered firms, and jobs were lost, the Fed did the obvious thing. It embarked on a quest for inflation that consisted of rate cuts and unprecedented injections of liquidity into financial markets.

Now inflation is here. Throughout the first half of 2021, Fed officials promised it would be transitory. But October’s Consumer Price Index (CPI) came in at 6.2 per cent. This inflation, it seems, is sticky and far higher than the Fed might like. And so, it’s changing course. After indicating earlier in the pandemic that rates would remain on hold until the end of 2023, minutes of the Federal Open Market Committee’s December vote published last week signal it’s mulling hikes during the first half of this year.

All this means the US central bank is turning a corner. But what kind of manoeuvre will bury price pressures?

What everyone wants to see is a U-turn, a smooth and controlled change of bearing. In this scenario, the Fed will roll up to the lights, signal carefully and then seamlessly swing its bonnet around. Everyone will be happy. The FOMC will say it gave plenty of notice, beginning with the December minutes. Investors can adjust their portfolios in an orderly way. The punchbowl will go. But nobody’s drinks will spill.

Doubtful. The minutes have already sparked a sell-off in tech stocks. Actual rate rises will assuredly spook markets, hooked on a tiny federal funds rate and abundant liquidity as they are.

So, the Fed is in a tight spot. Three fates beckon. If it gets lucky, inflation is transitory and prices stabilise at 2 per cent. If it’s unlucky, inflation becomes entrenched at levels far above 2 per cent. And if it’s super unlucky, prices fall and this about-turn becomes an epic mistake. Quite the bind. What happens, however, is somewhat dependent on what the Fed will do. Small rate hikes to fight non-transitory inflation may mute that inflation, resulting in transitory inflation. At which point the rationale for FAIT would look reasonable once more. But this is too tight, and too uncertain, for a sweeping U-turn.

So, we may see a K-turn, a clunky three-point manoeuvre. There will be stops and there will be starts. Things won’t be smooth. Wheels will judder. And all the drinks will slosh. Some investors will get caught out, but we will avoid a major panic.

Unfortunately, there’s a problem here too. A foggy windshield. The US’s expansionary fiscal policy will have unknown ramifications. And who knows what supply chains will do in 2022? Some expect the snags to remain throughout the year. Others expect pressures to ease. Either way, the FOMC would have to act aggressively to offset the impact of stubborn bottlenecks. Plus, many investors are ignoring the fact that rates are at levels far lower than the last time inflation lingered around 5 per cent. The scale and pace of cuts priced in by markets may, therefore, be too meagre to fight truly obstinate price pressures. Here’s the point. If the Fed can’t see the future, and really can’t help but hike, it may well lose control of how far and fast these hikes must go.

Which brings us to a third option: a speedy J-turn. This kind of manoeuvre is rare. Ordinarily the preserve of the military, it spins the vehicle around sharply in reverse. The result is skull-rocking force. Yes, it’s quick. Yes, it’s effective. But for passengers, fun it ain’t. Everyone’s drinks will spill. And we, of course, are those passengers.

Tackling inflation like this would pose deep questions about the viability of FAIT. Indeed, it would throw a question mark over the 2 per cent targets that have been the hallmark of central bank frameworks everywhere for decades. The concepts behind independent central banking look far from robust. Indeed, they look quite unwell.

And a J-turn would be pretty scary too. Lurking ahead is the hobgoblin of financial crises. Central banks cannot reconcile tightening, to serve the needs of the economy, with ongoing accommodation, for wider financial stability. Super low rates risk financial bubbles and eventual turmoil. But super high rates risk popping those bubbles in calamitous ways. After years of quantitative easing, the incongruity between the monetary needs of the economy and the monetary needs of markets is inescapable.

All told, the spurt in US prices has revealed the flaw inherent in the open-ended FAIT. Now, the Fed will have a hard time driving out of Inflationsville without experiencing a crash. Backing out of years of accommodation will create conditions that require new accommodation. Normalisation will be anything but.

Seat belts please. And be sure to hold onto those drinks.