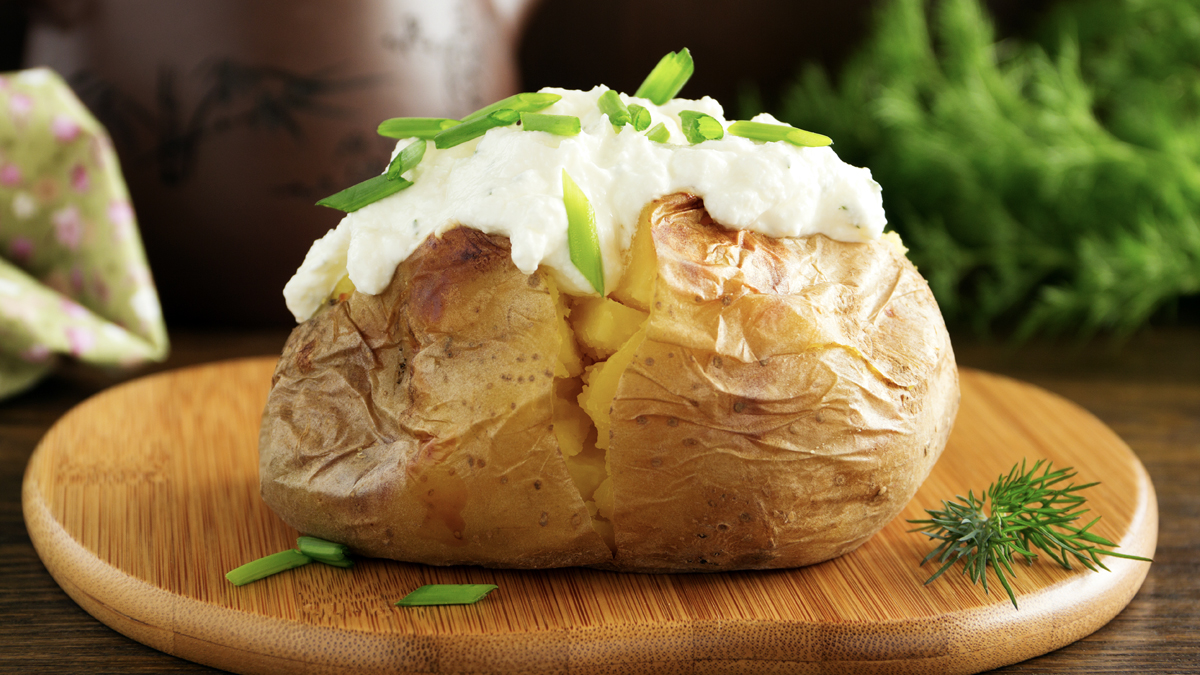 Baked potatoes are a dinner staple for a reason — they’re easy, filling, and you can get as creative as you want with the toppings. But if you’re like me and usually grab aluminum foil to wrap the spuds in before putting in the oven, you might want to think again. I recently found this secret to making perfect baked potatoes, and it’s a game-changer.

According to a recent Lifehacker tip, the real secret to perfect baked potatoes involves making the process even simpler than it already is. After washing your potatoes (perhaps in your dishwasher, if you’re planning on making more than a few), poke it with a few holes and slather it in plenty of fat or oil. The article mentions duck fat as a good choice, but butter and vegetable or oil work just as well. Then sprinkle on a bunch of regular table salt — or, as they colorfully wrote, “assault it with salt.”

Next, not only do they recommend skipping aluminum foil, but also placing the spud directly onto the oven rack rather than dirtying a baking sheet. It feels pretty rogue — and you need to be careful, especially considering it’ll be slippery with all that oil or fat on it.

What is the perfect temperature for a baked potato?

You’ll want to let your potatoes cook at about 400 degrees Fahrenheit for at least 45 minutes. (Preheat your oven before you put that spud on the rack.) The timing will vary based on how large your potatoes are, so check them with a fork untils they’re tender.

The article recommends flipping the potatoes once or twice as they cook. I tried the technique with a medium-sized spud that I rubbed with olive oil and salt, then turned at the 20 minute mark and let heat for another 25. Although they claim most potatoes will take an hour, mine was ready to go after exactly 45 minutes.

I used some metal tongs to get it out without burning myself — and let me tell you, the result did not disappoint in the slightest. It reminded me of the crispy roasted potatoes recipe Emily Blunt shared with Ina Garten, but way easier to make, since you don’t have to worry about chopping the spud up or boiling any water. As promised, my baked potato’s skin was oh-so crispy and crunchy, while the inside was nice and fluffy. I topped mine with just a little butter and cracked pepper after slicing it open — and it was heavenly.

Plus, there were no extra dishes to wash or foil to toss! I definitely recommend giving this stripped down baked potato technique a try the next time you crave some spuds. I’m sure it’ll work great with sweet potatoes, too!