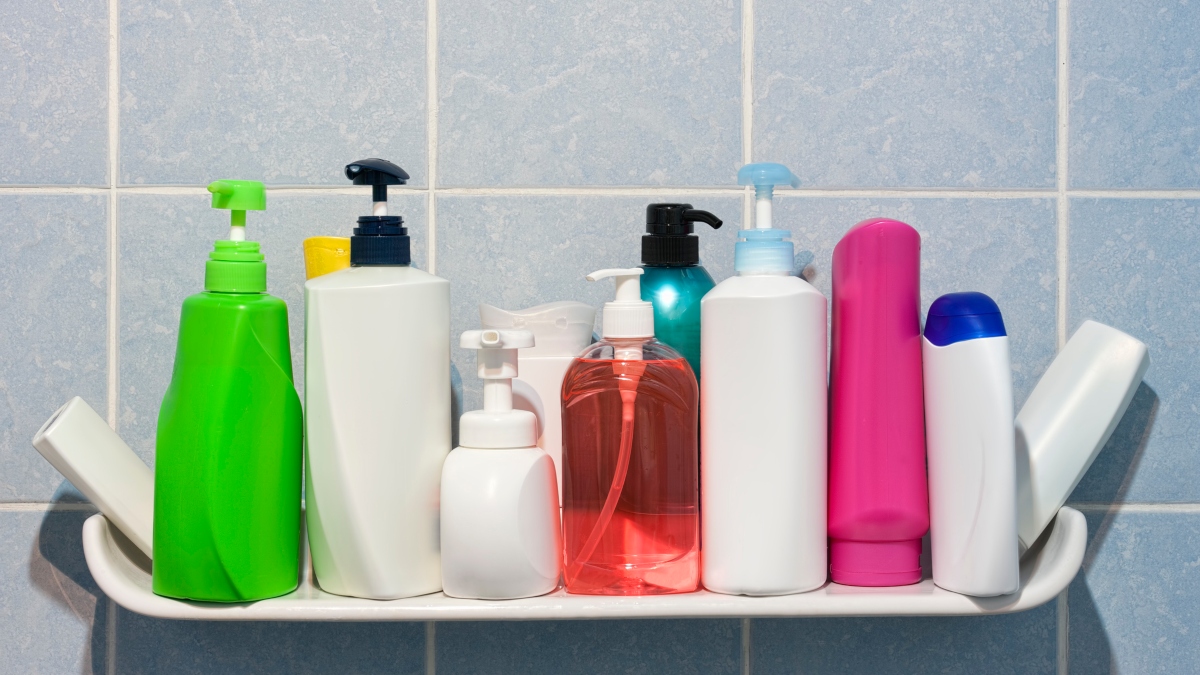 What do your hair spray, nail polish, and storage containers all have in common? Unfortunately, many or all of them likely have phthalates. Researchers have known for decades the dangers of phthalates and the harm these synthetic chemicals may cause. Now, a new study suggests that the risks are worse than we imagined. According to new research from the NYU Grossman School of Medicine, these chemicals may contribute to roughly 100,000 premature deaths of Americans between 55 and 64 years old.

What exactly are phthalates, and why do manufacturers use them? The CDC defines them as man-made chemical compounds that make plastics more durable. Some of these chemicals also act as gelling agents in toiletries like mousse and conditioner or make the fragrance in a product last longer. Investigators have even reported finding phthalates in medicine tablets and nutritional supplements.

It’s safe to say that these “everywhere chemicals,” as so many researchers call them, are pervasive. The Environmental Working Group (EWG) states that phthalates are endocrine disruptors that cause reproductive issues, asthma, and allergies. What’s worse, the NYU study published in Environmental Pollution found a link between the buildup of these toxins and early death due to heart disease.

To better understand the dangers of phthalates, the NYU research team collected data from the U.S. National Health and Nutrition Examination Survey from 2001 to 2010. They focused in on over 5,000 individuals who were 55 to 64 years old and whose cause of death was tracked through 2015. Then, the team analyzed the results of the urine samples that those participants had provided. The sample results contained measurements for concentrations of phthalates.

The study authors noted that phthalate exposure has been linked to heart disease before, and that heart disease is a leading cause of death. However, this was the first study to link the synthetic chemicals themselves to a higher risk of mortality.

Downsides of the Study

Lead author Dr. Leonardo Trasande, a professor of pediatrics, environmental medicine and population health at NYU Langone Health, said in an NYU press release that the study did have a few drawbacks. Namely, the research did not reveal a direct cause-and- effect relationship between phthalate exposure and early deaths. To prove that there is a definite link, Dr. Trasande and his team need to conduct more research to learn how phthalates alter hormone regulation and create inflammation in the body.

In addition, CNN noted that the study did not have an ideal setup. The best study for the job would be a double-blinded randomized clinical trial. However, such a study isn’t possible because it has serious ethical issues. “We cannot ethically randomize people to be exposed to potentially toxic chemicals,” Dr. Trasande explained.

The American Chemistry Council (ACC), which represents chemical, plastics and chlorine industries in the U.S., also strongly disagreed with the findings. In a statement to CNN, the ACC argued that the study piled all phthalates into one group instead of testing each chemical individually. The organization claimed that certain phthalates, like diisononyl phthalate (DINP) and di-isodecyl phthalate (DIDP), have lower toxicity than other synthetic chemicals.

Still, the state of California flagged both DINP and DIDP as harmful chemicals. DINP exposure may increase the risk of cancer and DIDP exposure may increase the risk of birth defects and other reproductive issues. Manufacturers use DINP in car interiors, gloves, tubing, inks, and adhesives. DIDP is used in similar products, along with tile flooring, shower curtains, and bathmats.

How to Avoid Phthalates in Your Products

The EWG and Dwell Smart recommend that you avoid seven major products to minimize your exposure to phthalates. These include:

While it may be impossible to avoid all phthalates in our products, we can significantly reduce our exposure. Be mindful of the products you buy. Try to purchase items from companies that proudly label their products as “phthalate-free.” By slowly reducing your exposure to these synthetic chemicals, you could greatly improve the long-term health of you and your family.