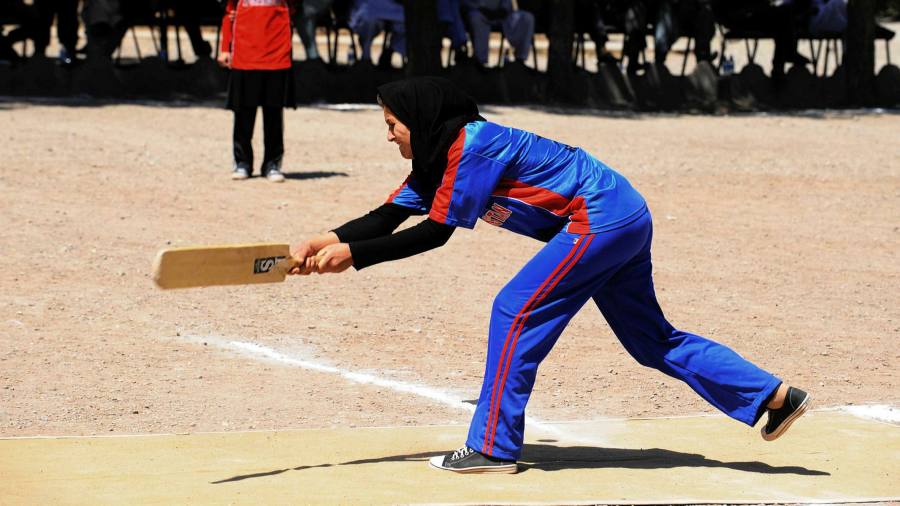 Tuba Jan Sangar was in her office at the Afghanistan Cricket Board last month when her manager called. “She said, ‘Where are you?’ She just told me to go home,” Sangar said. “Everyone was afraid that the Taliban would kill us. I didn’t sleep for one week and I didn’t eat anything.”

But Taliban fighters were streaming into Kabul, sealing their conquest of Afghanistan and spelling the potential end of women’s rights to study, work and play sport. Sangar and her colleagues, who had for years battled resistance from across Afghan society, were devastated.

She is now in Canada with her family, one of scores of women athletes and sports officials evacuated. Many others remain inside Afghanistan, fearing for their lives and the future of sports in the country, one of its great post-2001 success stories.

“Cricket is not just a game for Afghan people. Everyone loves cricket,” Sangar said. “Now there is no hope. Our players, our staff, they are stuck in Kabul. They are just worried about their own lives.”

The Taliban, which placed restrictions on sports when they ruled Afghanistan in the 1990s, have made ostensible support for athletes a bedrock of their charm offensive. But it remains unclear whether women, who were barred from sports outright when they were last in power, will be allowed to continue playing at all.

How the Taliban treat sports in Afghanistan will prove an important test of what sort of society they want to create, and whether their vows of moderation and reform will hold true. It is also unclear if the international success that athletes such as the men’s cricket team have enjoyed can continue under the Taliban. Australia has already threatened to cancel a test in November if women are not allowed to play.

“Cricket is their big currency to deal with the world. Their response to cricket will be quite key as to whether they want to engage with the rest of the world or not,” she said.

“If they say, ‘We don’t care what the world thinks about us,’ then everybody is doomed together.

“The scary thing is they can do a lot of shit by doing sports right and getting away with other [things].”

When they first ran Afghanistan, the Taliban banned games such as chess and buzkashi, a traditional sport in which teams on horseback compete for control of a goat carcass. Others, such as football, were allowed to continue, though the Islamists used stadiums for public executions.

Cricket took off in popularity in recent decades, picked up by Afghan refugees in Pakistan such as Mohammad Nabi, a veteran of the national team while superstar players such as Rashid Khan emerged in the post-Taliban era. Afghanistan acquired full membership of the International Cricket Council in 2017 and played a Test against India a year later.

“Our players are activists . . . Female football has been very political in Afghanistan,” said Khalida Popal, the Denmark-based former captain of the women’s national football team. “They were in great danger, not only from the Taliban but the men in government and society who hated the participation of women.”

When the Taliban retook control last month, they quickly presented themselves as patrons of sport, sending leaders to meet athletes and hosting everything from cricket matches to wrestling bouts. The group appointed Naseebullah Haqqani, a masters-educated Talib, as chief executive of the cricket board.

The Taliban’s efforts to present a more moderate image have been repeatedly contradicted by evidence of revenge killings and public executions of alleged criminals.

Their overtures have been of little comfort to many athletes. Stars such as Khan publicly expressed alarm and dismay at the Taliban’s takeover while Zaki Anwari, a youth footballer, fell to his death after clinging to a US evacuation plane last month.

Popal and others organised mass evacuation efforts, helping to get scores of women athletes out of the country.

The Taliban have given mixed messages on whether women will be allowed to continue playing sports. International bodies such as the ICC and Fifa, however, have not commented on whether they will continue allowing the men’s teams to play if women are banned.

But with the Taliban already barring women from work and education, Afghan athletes have little doubt about what to expect.

“Here, women can never go into sports. No and never,” said a cricketer on the women’s team, who is still in the country but hopes to leave. “The men’s cricket team makes a lot of money, so [the Taliban] will promote it.”

“If they want us to wear long clothes and play, we will accept all that,” she added. “It hurts a lot when your dream crashes. I don’t want my dream to remain unfulfilled. Not just mine. It’s . . . my entire team’s dream to play again.”