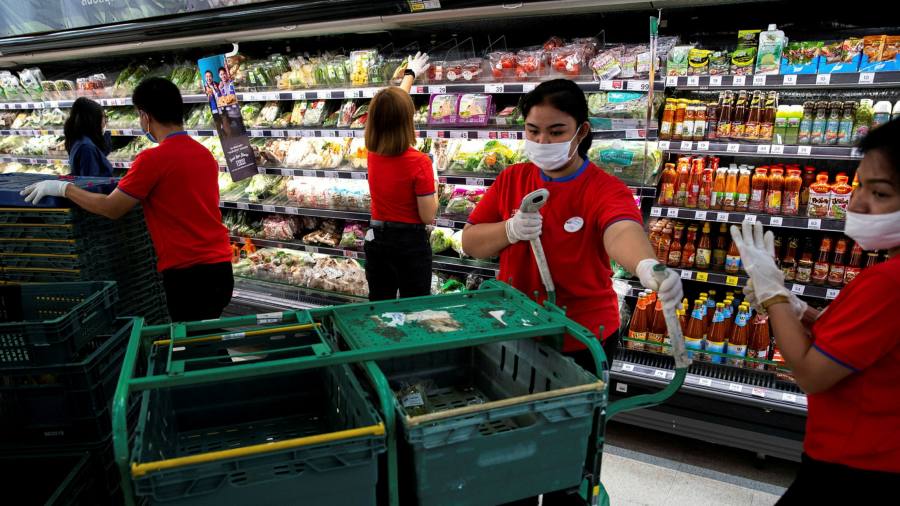 At a time when Toshiba, General Electric and Johnson & Johnson are breaking up, Thailand’s big family-controlled conglomerates are building out their sprawling business empires.

Charoen Pokphand, the country’s biggest conglomerate with an imposing presence in food, retail and telecoms at home and in nearby countries, recently said it planned to expand into preventive healthcare, renewable energy and cryptocurrency.

CP’s expansion has made it one of its region’s largest conglomerates, a national champion with operations around south-east Asia and China as well as a dominant presence in Thai life.

But the power of the Thai conglomerates — not only CP but rivals such as ThaiBev and Central Group — can have downsides, according to some analysts who have blamed the kingdom’s high degree of economic concentration for a range of ills.

These are said to range from the crowding out of small businesses and start-ups to a Thai regulatory approach that favours big companies over consumers. A recent landmark supermarket deal is proving to be a test case for market dominance issues — and a test for its regulators.

Last year, CP paid $10.6bn to buy Tesco’s stores in Thailand and Malaysia. Thailand’s biggest ever acquisition brought the Tesco business back into the fold of CP, which founded it in 1994 before selling during the Asian crisis. The group has rebranded the business under the name Lotus’s.

Before buying back the Tesco business, CP was already one of Thailand’s biggest retailers, owning the country’s 7-Eleven convenience stores and the Siam Makro hypermarket chain.

The acquisition was only narrowly approved by the Thai competition watchdog. In an unusually public criticism, the body’s chair Sakon Varanyuwatana raised concerns that it would give CP “almost full control” of the wholesale and retail market in more than half of the kingdom’s 76 provinces. However, he was overruled by fellow commissioners.

“From my point of view, this transaction had a very serious negative effect on consumers, suppliers and competition in Thailand,” says Witoon Lianchamroon, director of Biothai, a civil society group focused on farming issues.

A consumer protection group is taking the Thai Office of Trade Competition Commission to court in an effort to overturn its approval of the Tesco Lotus merger, which they claim will give CP dominance of the retail market, limit consumer choices and damage small retail businesses.

The watchdog did set conditions on the acquisition, including barring Lotus’s different retail businesses from sharing information on suppliers or prices, or undertaking any merger with a third-party retailer for three years.

But CP recently restructured the ownership of Makro and Lotus. Under the move, Makro will take a 76 per cent stake in the parent of Lotus through the purchase of new shares in the company. This has stirred questions over whether the move was at odds with the spirit of the conditions set by the Thai competition watchdog.

Pavida Pananond, professor of international business and global strategy at Thammasat Business School, says the combination of Makro and Lotus makes it harder to assess compliance with the conditions laid down by the watchdog, such as not sharing marketing information with each other at the operating level.

When asked about the OTCC ruling and whether the restructuring of its retail business breached it, CP told the Financial Times that the set of transactions it undertook in recent months amounted to “essentially internal reorganisations of group companies in our various retail businesses without any change to the controlling shareholders of the operating companies”.

“The OTCC’s ruling referenced to is related to the 2020 acquisition of Tesco PLC’s shares by CP group,” the company said. “The group continues to comply with all of the OTCC’s rulings.”

Corporate critics are thin on the ground in Thailand, particularly in the domestic press. Still, the youth democracy movement that emerged last year raised questions about economic concentration, among their many other issues.

CP and other conglomerates counter criticisms — on the rare occasions they are aired — by saying that they are major employers and as such key drivers of the Thai economy. What’s inarguable is that they are at the very centre of how Thailand Inc does business.