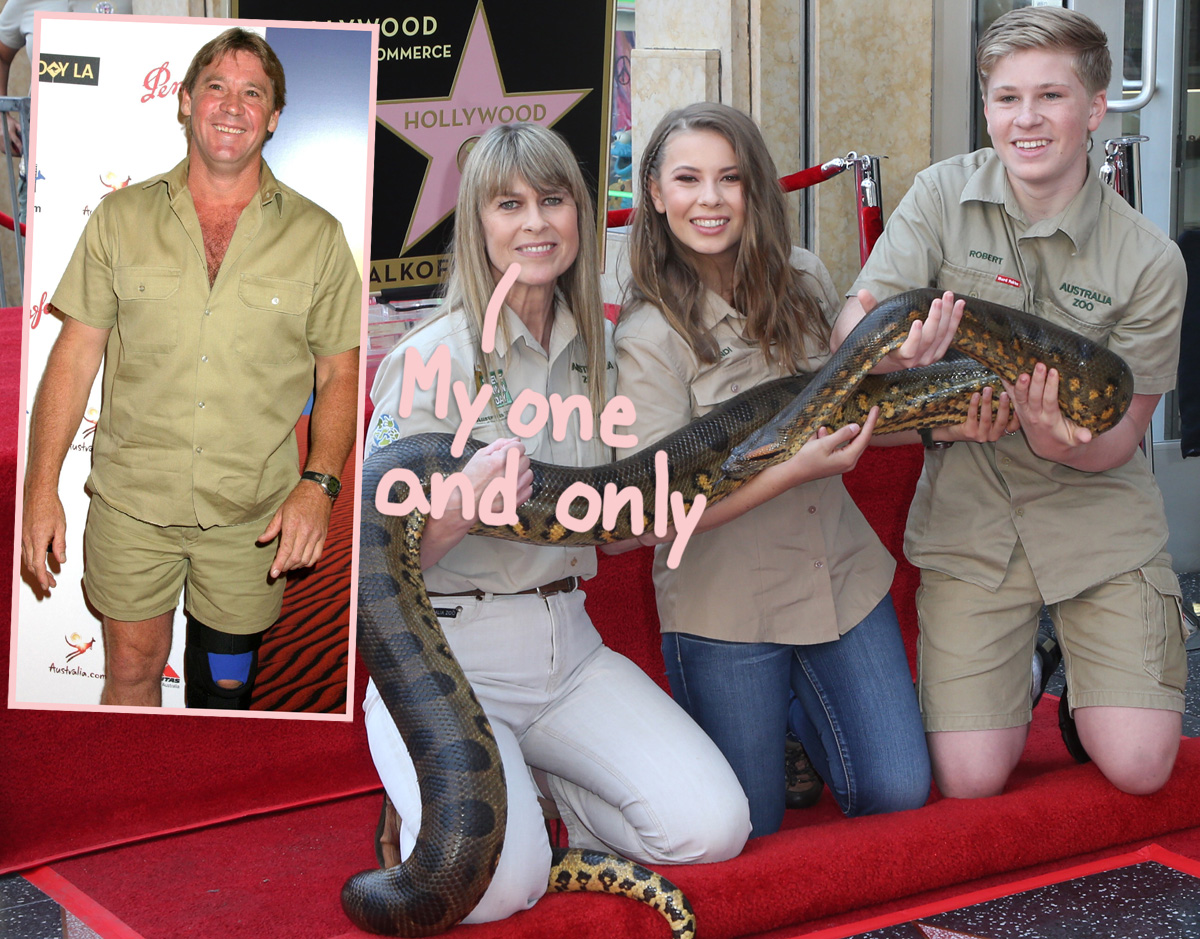 Terri Irwin is baring her heart and soul in a new interview about her eternal and everlasting love for her late husband, animal lover and longtime animal husbandry adventurer Steve Irwin.

The 57-year-old widow, who lost her husband at the age of 44 back in 2006 after he was struck by a stingray barb on the northern Australian coast, spoke with The Courier Mail this week about missing her life partner.

Speaking candidly about her feelings for her late husband, and doubling down on previous words she’s said about how she still has eyes only for him, the still-grieving wife explained (below):

“You know, and I keep saying this, and I think maybe 15 years later people are finally starting to believe me, Steve was it for me. That’s just the way it is. I had a big, big love and it was enough to last a lifetime.”

Talk about heartwarming and heartbreaking at the same time. A true love story, cut short far too soon…

Related: Steve Irwin’s Son Returns To The ‘Tonight Show’ Along With The Cutest Black Bear Cubs!

The couple first met back in 1991 after Terri came to a small reptile park in Australia where Steve had been working as a zookeeper. They hit it off immediately, and in June of 1992, they got married, later having children Bindi and Robert (pictured in the shot, above).

Of course, simultaneously, Steve rose to worldwide fame as fans became enamored with his passion for — and incredible knowledge of — a wide variety of wild animals.

Terri went on about some of the challenges of being a “young widow,” explaining that she isn’t keen on pursuing anybody else romantically anyways:

“I think when you become a young widow, it can be uncomfortable for other couples, that whole, ‘Oh well, now she’s single, is she looking around?’ And my male friends are more comfortable, they can see I’m not chasing them. I’m too busy to chase anybody.”

And it’s not like Terri hasn’t been linked to other men before. In fact, she’s been supposedly romantically linked to several celebrities! But as she is quick to note, nothing has ever happened between her and any of them — a list which includes Hulk Hogan, Russell Crowe, and others.

“I have kept track because it’s kind of funny … let’s see, apparently it’s all the Hogans. That’s Paul and Hulk; Russell Crowe, and most recently, it’s Richard Wilkins. I think the most flattering would be Russell because he is such a good person, and a very good friend to our family, and I actually do really love him because he loved Steve and they were such good friends.”

She’s certainly allowed and able to move on with her life as she sees fit. But if she is happy and content in this context while staying away from any future romantic endeavors as she continues to honor her late husband, more power to her.

Sounds like she had it right in that first quote (above): these two really had a big, big love!