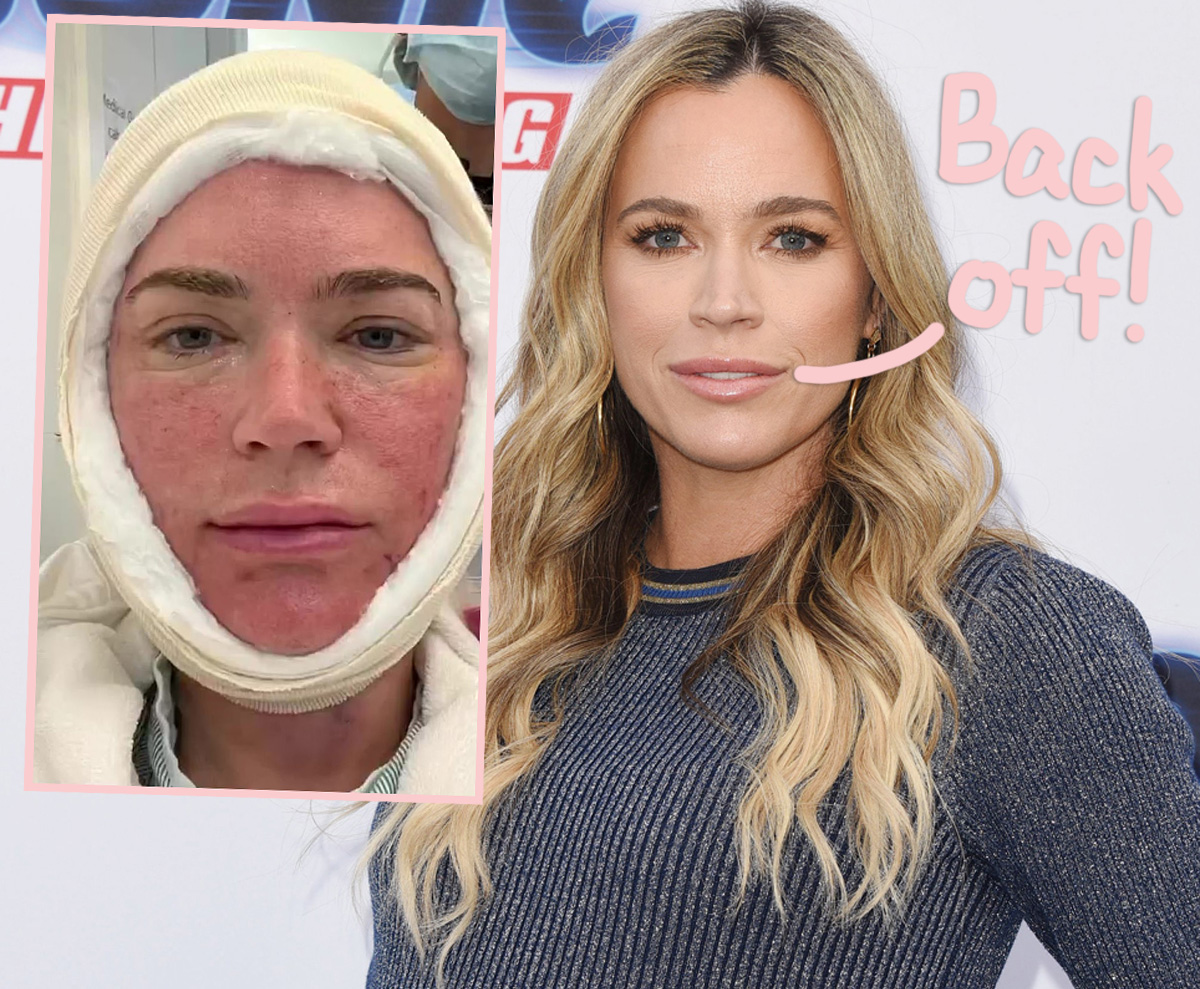 Teddi Mellencamp Arroyave has a lot to say about her latest cosmetic procedure!

And she’s not taking any s**t from critics who seem focused on tearing her down over the decision to get work done!

The former Real Housewives of Beverly Hills star opened up on her Instagram Stories on Monday with a series of posts defending her decision to get a neck lift, something she decided to do because she felt “insecure” with how she looked in profile.

The 40-year-old reality TV veteran said she hadn’t initially planned to defend the decision, but as she was doing some work for her podcast Two Ts In A Pod, she found a message that just didn’t sit right with her.

The former Bravo-lebrity explained as much in a since-expired IG Stories post, telling her fans at first:

“So I’m going through my DMs doing a little work for Two Ts in a Pod, and someone sent me a message. I want you guys to read it and let me know your thoughts.”

The popular podcast host then delivered the goods, sharing an anonymized screenshot of the IG user’s direct message. That critical call-out read (below):

“Ur a public figure trying to help women loose [sic] weight yet your getting a face lift to remind those of us who need one who can’t afford one how ugly we are Thanku.”

Without missing a beat, Mellencamp responded with her take on the situation:

“I am being transparent with my journey. Would you prefer I lie and pretend the loose skin on my neck disappeared? That’s not who I am. You want to only follow people that show themselves through a filtered version of themselves then I am not the person to follow.”

Fired up about standing up for herself, the reality TV alum wasn’t done there.

In another slide sent out to her IG fans and followers, Teddi put her cosmetic procedure decisions into context, adding:

“(Btw, this has nothing to do with going all in on your life – I changed my life 7 years ago and am proud of that and will continue sharing and helping others achieve their goals). Do you appreciate me being open about my journey or would you rather I just pretend I did nothing?”

Hmm! She certainly is being honest. But is the critic attacking her honesty? Or the fact she went under the knife at all??

Ch-ch-check out her take on the situation (below):

Throughout the weekend and early on Monday, Teddi opened up more than ever, sharing more photos taken after the neck lift procedure — proving she really does want to be transparent with her fans. You can see a couple of those snaps (below):

And she wasn’t done there, either!

On Tuesday morning, the RHOBH alum was back on the Insta-grind again, posting more of the latest content from her post-procedure recovery period (below):

Well then! She’s definitely not shy to reveal the reality of it all — and she’s not shy about calling out the critics, either!

Do U appreciate how candid she’s being about getting work done? Do you think it sends a positive message about being open with your personal journey? Or that it celebrates a luxury procedure most people couldn’t even afford?

Sound OFF with your take down in the comments (below)…