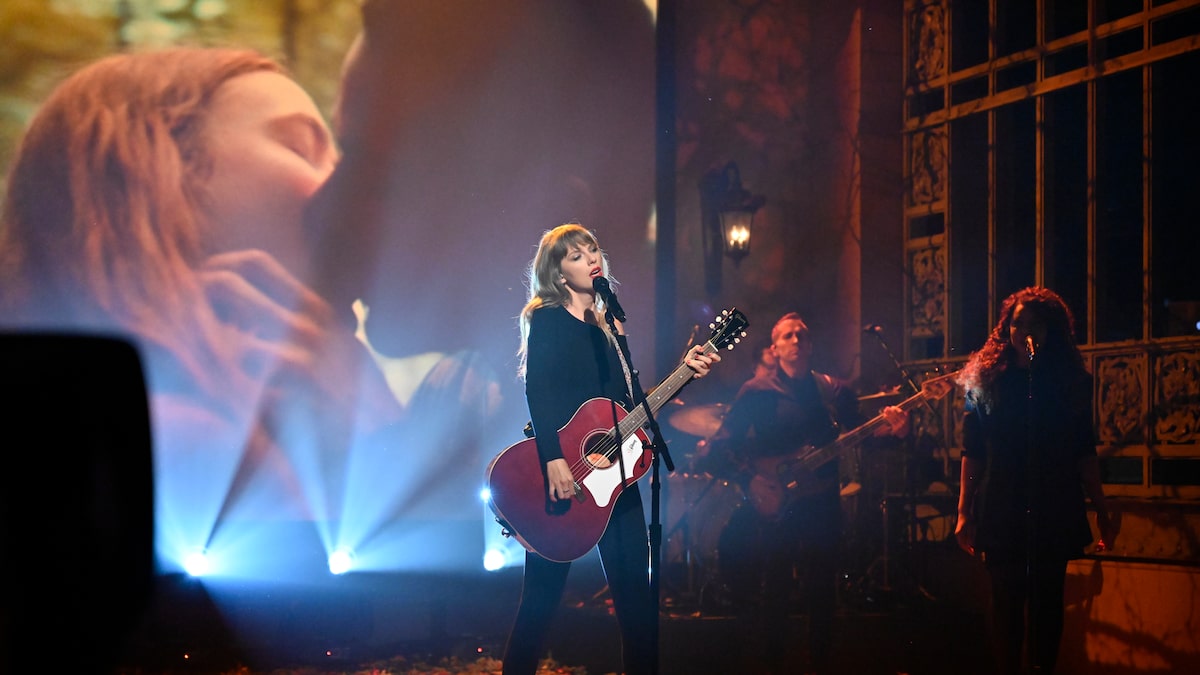 Taylor Swift wowed on “Saturday Night Live,” using her fifth appearance on the show to perform the newly released 10-minute version of her song “All Too Well.” It was the longest single musical performance in the show’s history.

Taylor Lautner Pops the Question to Tay Dome: ‘All of My Wishes Came True’

Dressed in black, Swift passionately performed in front of images from her directorial debut, “All Too Well: The Short Film,” starring Dylan O’Brien and Sadie Sink.

The scorching breakup track is thought to be about her split with Jake Gyllenhaal a decade ago, a parting of the ways she has implied — in song — was due to their nine-year age difference.

“SNL” was Taylor’s latest promo for her new album “Red (Taylor’s Version),” featuring all-new recordings from the 2012 original, plus never-before-released songs as well.