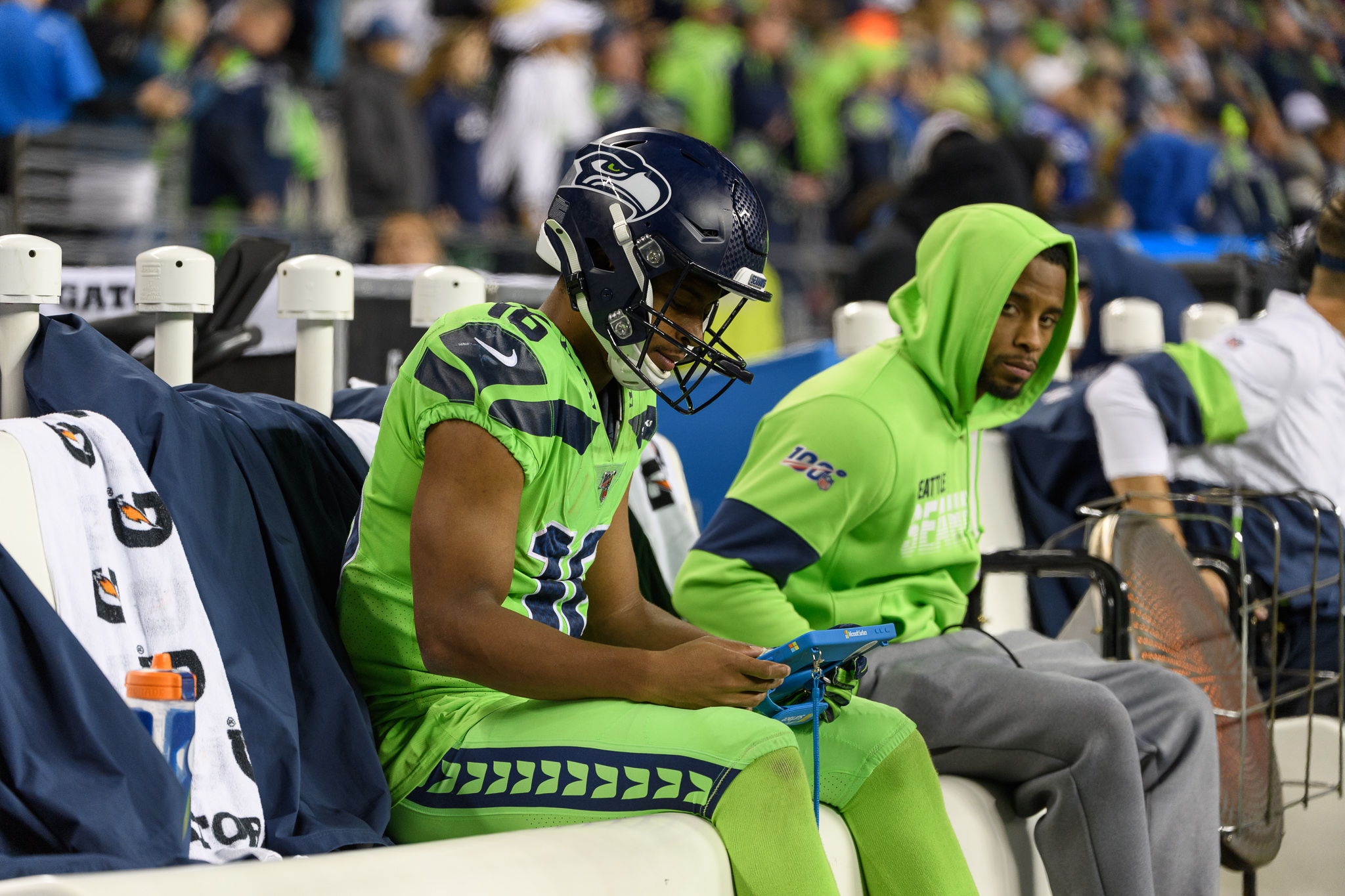 In hindsight, Microsoft’s decision to ink a six-figure sponsorship deal with the National Football League in 2013 was a shrewd marketing move. Tune into a NFL game today and you’ll likely spot coaches and players using a Surface tablet to review past plays. Millions of people watching football in the fall are exposed to Microsoft’s devices, which have become a permanent part of the 102-year-old league.

But when the deal was signed, it was a big risk. And Xbox, more than Surface, was the focal point.

Yet the partnership ended up changing football forever and perhaps saved Microsoft’s tablet brand in the process. It now serves as a marketing case study for a successful sports tech partnership.

“It’s a feel good story,” said Brian Hall, a former Microsoft exec who helped lead the Surface business when the NFL deal kicked off. “It’s been a great outcome.”

Earlier this NFL season Hall shared behind-the-scenes insights about the deal. “This thing had EVERY opportunity to fail along the way!” he tweeted.

The deal, worth a reported $400 million over five years — and later extended in 2020 —  was originally set up to be all about Xbox, according to Hall. Microsoft wanted to use the partnership to showcase how people could use their Xbox to watch live games and access fantasy football stats.

“For fans, the NFL on Xbox will provide the most complete way to enjoy live football by bringing the first fully-integrated fantasy football experience to the TV, exclusively through Xbox,” Don Mattrick, then-president of the Interactive Entertainment Business at Microsoft, said in a press release at the time.

That vision — using an Xbox to watch live football — never caught on. The latest Xbox Series X|S consoles aren’t even able to connect to a cable or satellite receiver.

The Surface, meanwhile, was a much different story — but the first few years on the field didn’t exactly go smoothly.

After the deal was announced, it took a year before the tablets were ready for in-game use. Microsoft had to develop a custom, ruggedized, weatherproof version of its “tablet PC,” which had just debuted to the public in 2012. The NFL’s competition committee also had to approve the use of such technology.

It was a rocky start, to say the least. In 2014, commentators referred to the Surface as an “iPad-like tool.” One month later, quarterback Jay Cutler called the devices “knockoff iPads.” Bill Belichick and Aaron Rodgers made headlines for throwing the tablets (the devices can withstand such force, by the way).

Then, in 2016, the New England Patriots weren’t able to access their tablets during a game against the Denver Broncos.

A column headline from the Chicago Tribune, from that year: Microsoft Surface, NFL marketing flop. At a cost of only $400 million.

The deal was turning into a marketing disaster. But those fumbles may have been a blessing in disguise for Microsoft.

People were talking about the Surface. It gave the company a chance to educate the public about its new hardware.

3/ The best thing that happened was Surfaces being called iPads in the first year. Internally it was a sht-show – basically me called out as a clown. but umm – that’s why we did this! the world saw tablet-thingies as “iPads” & we were addressing! +we got make-goods from TV co’s!

The timing of this was crucial as the Surface brand “needed work,” Hall said. Sales of the first few models also weren’t meeting expectations for Microsoft’s challenger to Apple’s iPad.

Eventually, NFL announcers stopped calling the tablets iPads. Microsoft continued to refine the device, adding new features such as real-time collaboration between the coaches’ booth and sideline. Teams can now access images within 2-to-3 seconds after a play.

Microsoft stayed in the game, so to speak. And it paid off big.

“We had tenacity,” said Microsoft sports marketing leader James Bernstrom. “We wanted to get it done.”

Gone are the days of sending still photographs on a wire from the coaches booth to the field — yes, they actually did this — or waiting precious minutes for a printer to pump out black-and-white thermal images to review previous plays with a three-ring binder.

“The device is such an important tool in allowing us to do our jobs the best that we can. It’s flawless,” said Green Bay Packers coach Matt LaFleur in a video the NFL published earlier this year showing how the tablets have helped players make key in-game changes.

In the meantime, the NFL’s popularity and viewership continues to climb. The 2021 Thanksgiving games posted their highest viewership numbers since 1998, with an average of 29.7 million fans watching, up 9% from last year.

The Surface was even featured in Microsoft’s Super Bowl ad two years ago.

“It has been huge for the Surface brand,” Bernstrom said of the partnership.

If it wasn’t for the NFL, the Surface brand may not have existed much longer, according to Hall.

The Surface family has grown from just hybrid tablets to include laptops, desktops, whiteboards, and even a dual-screen Android device. It’s become an important business for Microsoft, which uses Surface computers, tablets and devices as a way for the company to advance new form factors in the industry, providing a blueprint for other hardware makers to follow.

The Surface-NFL deal also laid a foundation for a number of sports-related partnerships between Microsoft and other leagues including the NBA, PGA Tour, La Liga, and more.

So what’s next for the Surface on the sidelines? There are a few promising possibilities.

It may take time — getting NFL coaches to accept and adopt in-game tech can be a slow process — but instant video replays on the tablets would be a huge step-up from static images.

Enhanced real-time data such as Next Gen Stats at coaches’ fingertips could add a dynamic new layer to in-game strategy.

One thing is certain: the Surfaces are here to stay.

“We’re always thinking about what could be next,” Bernstrom said. “And with our technology, the sky’s the limit.”