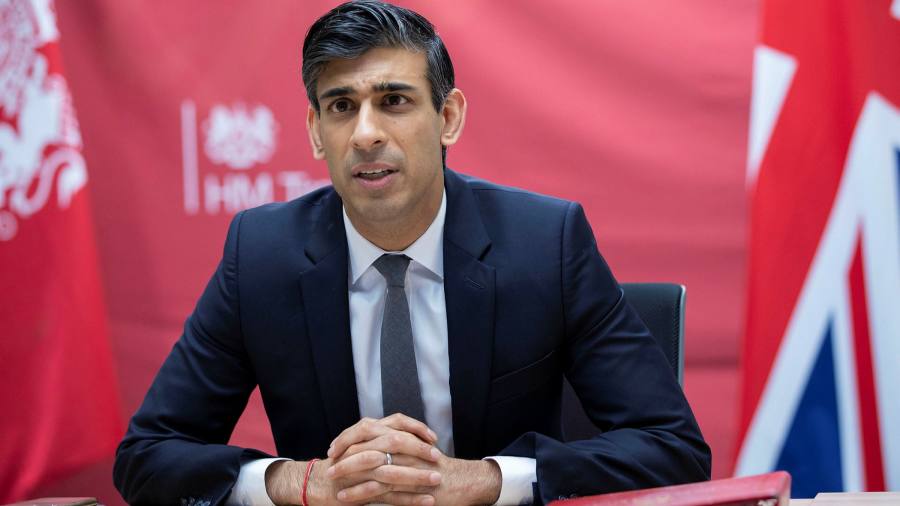 Chancellor Rishi Sunak has told the UK fiscal watchdog to produce Budget forecasts using out-of-date figures, in a move that should help him resist last-minute bids for extra public spending by government departments.

Sunak’s request, revealed on Friday by the Office for Budget Responsibility, will result in the forecasts for the October 27 Budget being based on a reading of the economy that is significantly more pessimistic than current data shows.

It will guarantee that Sunak can announce a big improvement in the size of the economy in his autumn 2022 Budget, raising his chances of having a public finance windfall for pre-election tax cuts.

The OBR said that it had ended any updates to its forecast on September 24, more than a month before the Budget, and this was “earlier than usual in response to a request from the chancellor”.

The independent fiscal watchdog did not have to agree to the request, but chose to do so, according to those familiar with negotiations that took place behind closed doors over the summer.

If the OBR had kept updating the forecast for less than another week, it would have included very large annual revisions to economic data, many of which have been known since June, and these would have substantially improved the picture of UK economic performance during the coronavirus pandemic.

Instead of the economy being 2.4 per cent smaller in July than its pre-pandemic peak, the new vintage of data shows the recovery has been much stronger and the gap is now only 1.5 per cent for the same month.

The evidence that the UK economy had already been capable of a healthier recovery, more like that in other advanced countries such as the US, Germany and France, is likely to have given the OBR greater confidence in judging that a better recovery could continue for longer.

Despite the fuel shortage and supply chain bottlenecks, UK economic forecasters have been revising up their predictions for growth this year and next following the changes to the official data.

The Institute for Fiscal Studies and Citi, the investment bank, have estimated that if there is no longer-term damage from Covid-19, and the economy returns to its pre-pandemic trend, the tax increases already announced by Sunak would transform the economic outlook ahead of the next election.

In these circumstances, they estimated “the overall budget deficit to be eliminated for the first time since the turn of the millennium”, providing ample room for tax cuts.

But that scenario depends on Sunak holding public spending totals down in the spending review to be announced alongside the Budget. Temporarily more pessimistic official forecasts help the Treasury refuse spending requests from other departments.

The OBR divulged the information following requests from the Financial Times and said it would “where possible” give an indication of the effects of its decision after the chancellor had finished his Budget speech.

The Treasury said: “The timing of the forecast is an operational decision which was made in the summer. The forecast timing is intended to allow more time for decisions ahead of a three-year spending review, as was the case in 2015.”

In 2015, the forecast process was closed after the OBR included the annual revisions to official data only two and a half weeks before the spending review. This year the Treasury requested an end to forecast updates five weeks before the Budget.

The Bank of England has confirmed it will use up-to-date economic data in the forecasts it will use for deciding on interest rates on November 4.