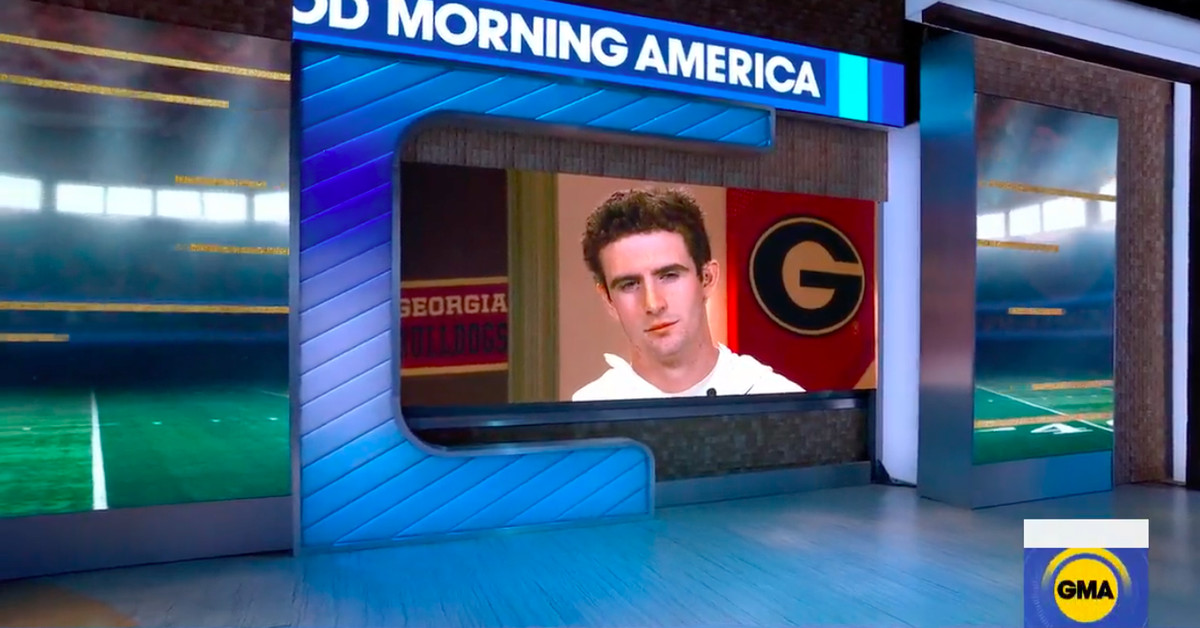 Georgia quarterback Stetson Bennett became a superstar overnight. The tale of a walk-on QB turned college football national champion is so captivating that every movie studio is probably trying to option the story as we speak. But winning the natty and taking home the MVP in the process isn’t the most heroic thing Bennett did this week.

Instead it’s turning up on Good Morning America with barely any sleep, drunk as hell.

Let’s be 100 percent clear here: There is nothing wrong with Stetson Bennett here. Dude is 23 years old, coming off the biggest achievement of his athletic career, so naturally he’s going to still be a little intoxicated. I mean, hell, when I was in college I’d drink like this if I knew there was a snow day the following morning.

The thing that’s remarkable is his fortitude to hold this interview and handle the energy of an amped-up Michael Strahan and Robin Roberts at at a time most of us would be looking for a Bloody Mary to put some hair on that dog. Instead he’s being asked about his self-confidence, fortitude and belief in himself that allowed him to bring Georgia its first National Championship in 41 years.

So hats off to Bennett for playing through the pain, doing what had to be done, and escaping this interview unscathed. It’s the kind of leadership and toughness all quarterbacks should aspire to.