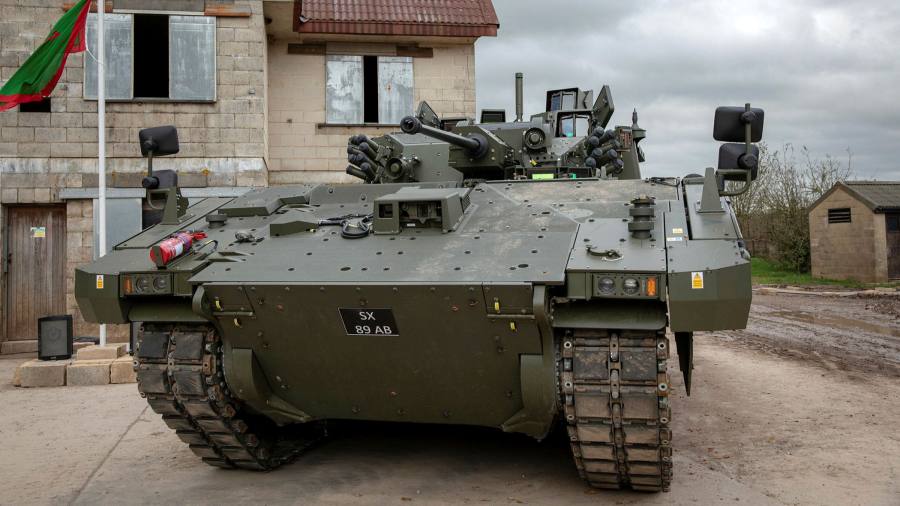 The £5.5bn procurement of the problem-riddled Ajax light tank for the British army is to be the subject of a full value for money audit by the public spending watchdog.

The National Audit Office will probe four armoured vehicle programmes – including the Ajax project – and said it would look at “systemic issues” in management at the Ministry of Defence.

Ajax was meant to give the army a weapon for an era of high-tech warfare. They were to be fast — a top speed of 70km/h — and lethal, with a powerful 40mm cannon and built to evade detection by the enemy.

Yet more than a decade after the Ministry of Defence signed a contract with US defence contractor General Dynamics for a family of 589 vehicles, the procurement minister Jeremy Quin has admitted that the programme may be in doubt.

Gareth Davies, head of the NAO, said his team would look at the Ajax, Boxer, Challenger and Warrior programmes. In a letter to shadow defence secretary John Healey, seen by the Financial Times, Davies said the aim was to produce the report next March.

Delivery of Ajax vehicles to the army should have started four years ago and, of the 26 that have now been handed over, none have entered service.

Instead, trials of the vehicles have been halted twice after concerns that noise and excessive vibration are causing hearing damage to their crew.

There have been reports the vehicles cannot fire their cannon while on the move — a claim that General Dynamics denies. The company said last month that all six variants are in full production and that 116 vehicles had been built and either delivered or in the process of being handed over.

Quin told MPs last month: “I’ve said before I cannot 100% promise to this House that we will find a resolution to these issues, but we are determined to work through with GD.”

Earlier this year Healey wrote to the NAO to request that it undertook an investigation, raising “growing concerns about fundamental faults in the vehicle, secrecy over the contract terms” and the “big cost and one sided risk” borne by the taxpayer.

Healey said: “These vehicles are vital to the future of our armed forces. But a decade of procurement failure has wasted millions and makes our service personnel more vulnerable on the battlefield.”

An MOD spokesperson said: “We want our armed forces to have the very best ships, aircraft and vehicles, while always delivering value for money at every stage of our procurement programmes.”

The MoD said it supported the review as it delivered its “ambitious modernisation” plans set out in an integrated defence and foreign policy review earlier this year. The Ajax light tank was a key part of the army’s new strategy.

The spokesperson added: “Through new streamlined processes and developing our industry contracts with a focus on delivery, we have delivered over £6.2bn of Equipment Plan financial savings since 2016 and are on course to deliver £3bn of efficiency savings between 2021 and 2025.”

GD told the FT last month that it was working “very closely with the British Army to deliver this transformational capability” and was committed to “supporting the Ministry of Defence fully in getting this critical platform into service”.