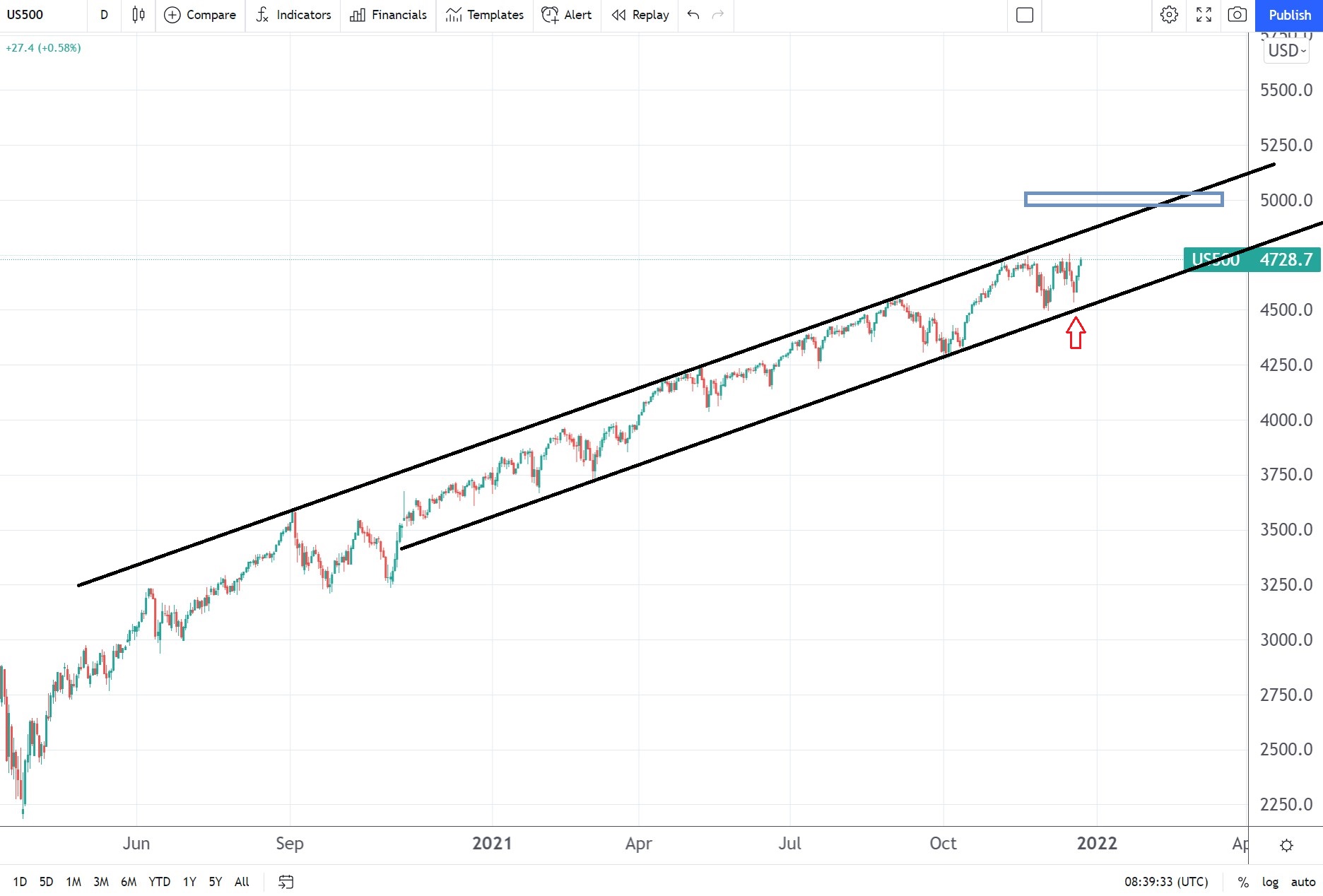 S&P 500 nears record levels one trading week ahead of the end of the year. What is the outlook for 2022, given that the Federal Reserve (Fed) turned hawkish?

The Fed delivered a hawkish surprise in December as it doubled the pace of its asset purchases. Moreover, the dot plot showed that the central banks plans on hiking multiple times next year.

In the face of a hawkish Fed, the stock market gave way some of its gains. However, as the S&P 500 chart shows, the December pullback was just that – a simple pullback.

With only one trading week left in the year, the S&P 500 trades close to its record high levels. What drives the stock market up despite the central bank turning hawkish?

US financial conditions loosest on record

One explanation for the ongoing S&P 500 strength is the fact that, despite the hawkish pivot from the Fed, US financial conditions remain near their loosest on record, as shown by one index produced by Goldman Sachs. The index considers various factors, such as the movement of the dollar or the funding costs for the US government.

When all considered, we see that financial conditions did not change since the Fed announcement. As long as they remain so, the stock market advances will continue.

From a technical perspective, there is little or no resistance ahead of the next round level in the S&P 500 index. A move to 5,000 points seems the path of least resistance, especially considering the fact that the index held the higher highs and higher lows series since the 2020 bearish market.

Inflation – the biggest risk to equities

Inflation is the biggest threat to equities. Yesterday, the Core PCE Price Index (i.e., the Fed’s favorite metric to measure inflation) surprised to the upside yet again. The market expected a monthly increase of 0.4%, but the release showed that the index gained 0.5% on the month.

The Core PCE Price Index rose to 4.7% yearly, the highest since early 1989. The big difference between now and then is that the Fed target rate was 9.75%, while now it is close to zero. If inflation stays high, the Fed will have to tighten even much faster than is currently priced in, triggering a meaningful correction in the equity markets.