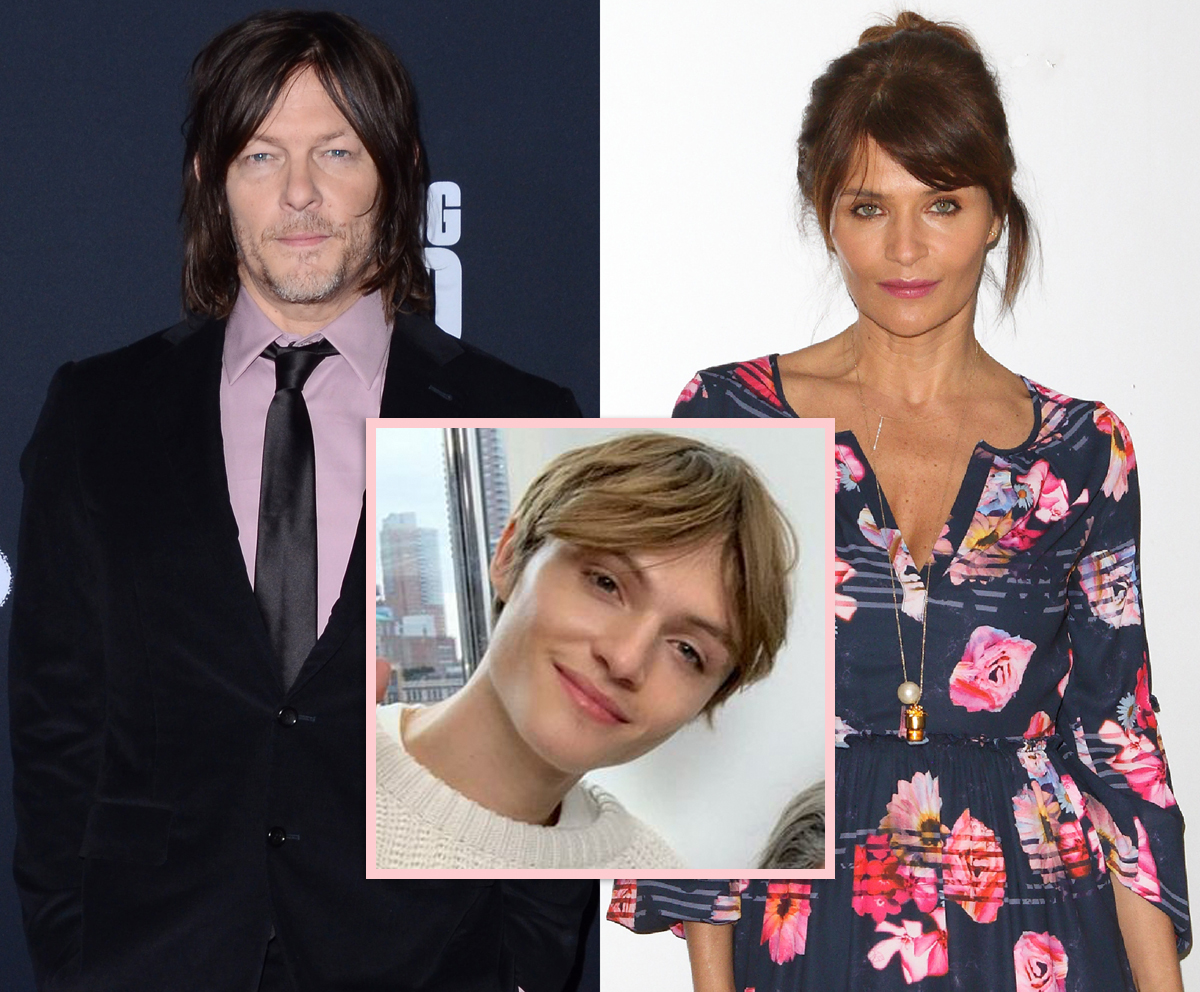 The 21-year-old son of Norman Reedus and Helena Christensen is in hot water at the moment.

According to E! News, Mingus Reedus was arrested on Friday evening after allegedly assaulting a woman in New York City. Authorities reportedly responded to a 911 call at 10:15 pm about an assault that happened around Mulberry Street and Baxter Street near the 5th Precinct. When they arrived on the scene, an unidentified 24-year-old woman told police that she had a verbal confrontation with an unknown male, who was later revealed to be Mingus. The woman claimed that he punched her in the face, resulting in an injury below her left eye. She was taken to New York’s Downtown Hospital, where she is currently in stable condition.

Mingus later chatted with The New York Daily News about the incident, alleging that the woman and her friends approached him and his posse while they were attending the San Gennaro festival in the Little Italy district of NYC. Claiming to the publication that she seemed drunk, the model said he “threw his arm out” to protect himself and accidentally struck the woman. Mingus explained:

“It was instinct. I was reacting to them swarming me and was afraid for the safety of my group. We didn’t think anything of it, but these five girls followed us for two blocks, throwing food at us and yelling. We told them to leave us alone, but they kept following, threatening to hurt my girlfriend and her friend.”

At one point, the star alleged that the girls “swarmed” him, with “one pulling my hair from the back, another throwing water in my face.” Mingus reiterated that he threw his arms out in self-defense from the women when he hit one of them, adding:

“Ten seconds later the police got involved. Police saw one of the girls hurt and refused to listen to the context. My intention for that day was to mind my own business and play fair games.”

According to The New York Daily News, the police charged him with misdemeanor assault and handed him a desk appearance ticket. Mingus is also expected in court in a couple of weeks. However, no exact date has been provided at this time.

Thoughts on the matter, Perezcious readers? Let us know in the comments (below).