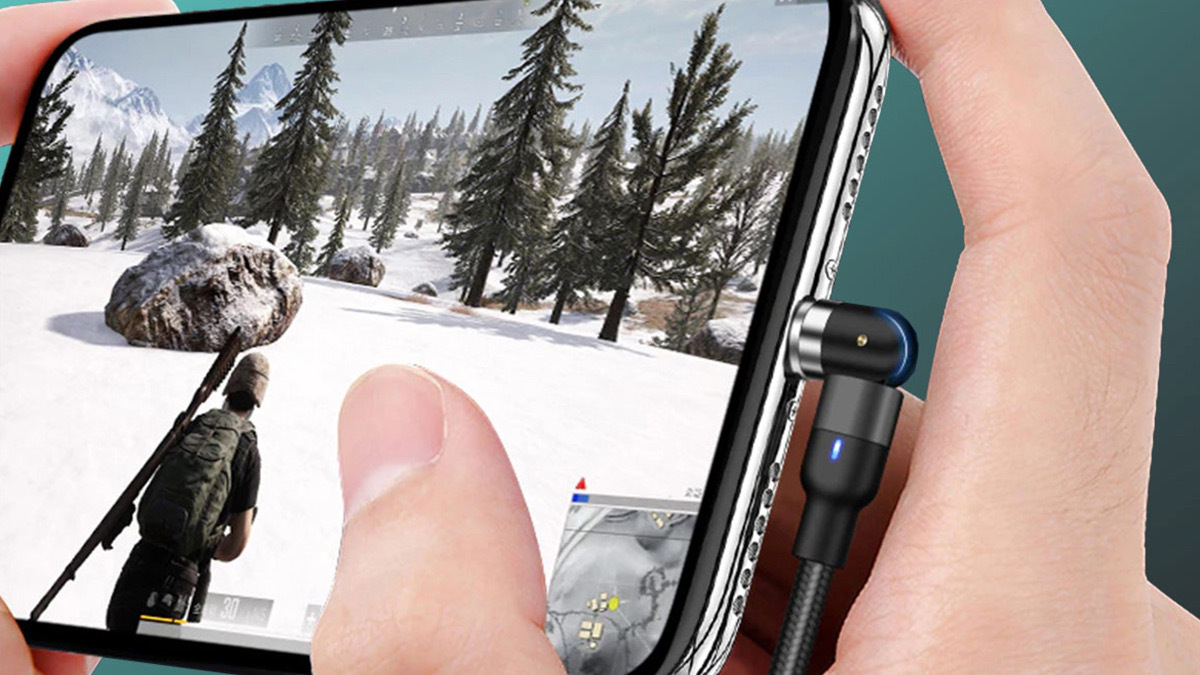 You should’ve tossed out your disheveled charging cable months ago. Not only is it an eyesore, but it’s downright dangerous for you and your devices. And while you’re at it, don’t just replace it with another cable that’s bound to break a few months later. Consider the Statik 360 Magnetic Charging Cable, which comes with three connectors for different devices and magnetically snaps on to charge them all.

Magnetic ports are game-changers. Rather than firmly sticking a cable into your device, which often leads to the possibility of someone tripping over it and sending it tumbling to the ground, a magnetic attachment snaps on lightly enough to detach when tugged. It also makes it easier to charge up in the dark. The Statik 360 makes use of magnetic connectors that can be plugged in and left alone in your device’s charging port. Each cable comes with three connectors — Lightning, USB-C, and micro USB — for a variety of devices in your collection. When your devices get hungry, all you have to do is move the cable close to the connector and watch it snap together instantly. It’s incredibly satisfying.

The three-foot cable itself is pretty solid as well. It’s built with a nearly unbreakable nylon braided material. It shouldn’t fray or snag like the cheaply made ones that come with your devices. Its 360-degree rotating head also ensures that bending won’t cause breakage. You can move your device to play games, stream movies, send messages, and more and it will rotate with you.

Save 30% for a limited time and get two of these cables, with the magnetic connectors, for only $17.99.