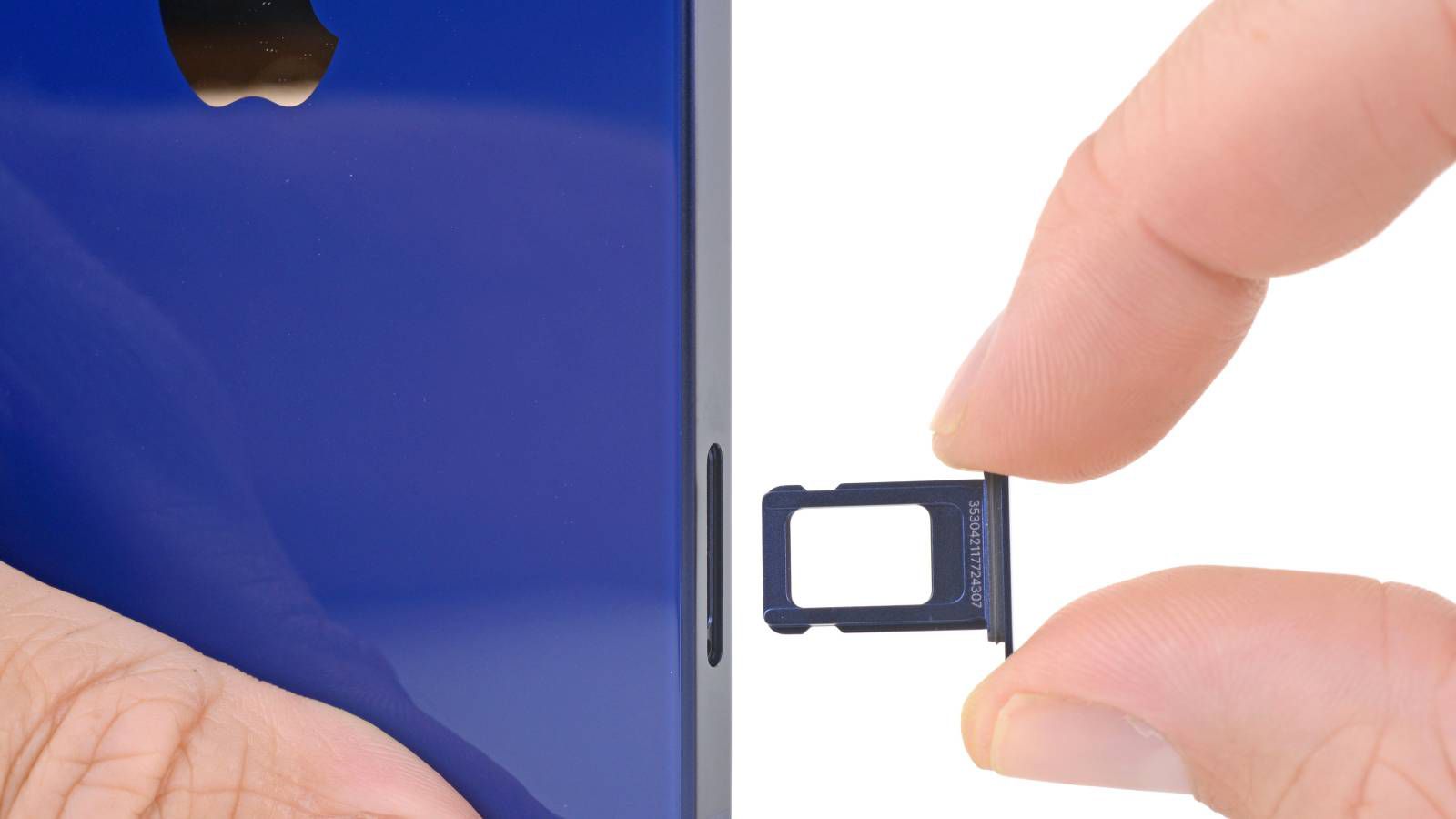 iPhone 15 Pro models may lack a physical SIM card slot, according to a sketchy rumor shared by Brazilian website Blog do iPhone.

While recent iPhone models have a physical nano-SIM card slot and a digital eSIM, the report claims that iPhone 15 Pro models slated for release in 2023 will instead have two eSIMs, ensuring that Dual-SIM functionality remains available. Dual-SIM mode allows you to have two lines of service on one iPhone, which is useful for purchasing data-only plans while traveling abroad or having personal and business lines on a single iPhone.

Given that iPhone 15 Pro models are still two years away from being released, this rumor should be treated with some skepticism until it is corroborated by other sources. Blog do iPhone is also not a well-established source of Apple rumors.

If this rumor proves to be accurate, iPhone 15 Pro models might still have a physical SIM card slot in countries where eSIM service is not available.

The removal of the SIM card slot could further improve water resistance. Apple is also rumored to release a portless iPhone without a Lightning connector in the future, and the lack of a SIM card slot would be another step towards a truly seamless design.

Apple today shared a new video on YouTube demonstrating 10 helpful iPhone tips and tricks that some users may not have known about. An overview of each of the 10 tips and tricks:If you accidentally enter a wrong digit in the Calculator app, you can swipe left or right at the top of the screen to erase the digit. Starting with iOS 15, you can pin content like web links in a Messages…

Trial production of the third-generation iPhone SE is set to get underway in the near future as Apple’s suppliers and supply chain increase preparation for mass production of the new handset ahead of a launch reportedly set for early next year. MyDrivers reports today that trial production, a stage in the supply chain ahead of when the device is mass produced, is set to start soon, according …

Apple plans to add a 48-megapixel camera lens to the iPhone next year, followed by a periscope lens in 2023, according to analyst Ming-Chi Kuo. In a research note today with TF International Securities, obtained by MacRumors, Kuo said these iPhone camera upgrades over the next two years will help to boost Taiwanese manufacturer Largan Precision’s market share, revenue, and profit. Kuo did …

While Apple is rapidly transitioning its Mac lineup from Intel processors to its own Apple silicon, it’s worth highlighting as 2021 wraps up that the relationship between Apple and Intel hasn’t been entirely severed as reports indicate Apple still has one more Intel-based Mac in its pipeline that’s yet to be released. With the Mac Pro, Apple is not expected to entirely transition its most…

Apple’s suppliers have kicked off shipments for a new 27-inch iMac with a mini-LED display, according to a paywalled preview of a DigiTimes report. The shipments are said to be in limited quantities. No further details are available, but the report is likely referring to suppliers shipping individual components to larger manufacturers for final assembly as the new 27-inch iMac moves towards …

Apple Exec Explains Why You Should Use Apple Maps

Apple Maps Product Lead David Dorn and Design Lead Meg Frost recently did an interview with CNN to explain the Apple Maps features that were introduced with the iOS 15 update and to explain why iPhone users should choose Apple Maps over other mapping apps like Google and Waze. According to Dorn, there are three major reasons why Apple Maps is the best choice. Apple is making serious…

The upcoming 27-inch iMac redesign will not feature a display with mini-LED but will instead keep the LCD panel previously used, according to industry sources cited today in a report from DigiTimes. The report said that while “speculation about the next-generation 27-inch iMac coming with a miniLED display” has been circulating for some time, the new all-in-one desktop machine will, in fact, …

Next year’s iPhone 14 Pro and iPhone 14 Pro Max will feature hole-punched LTPO OLED display panels supplied by Samsung and LG, according to Korean site The Elec. Rumors that the 2022 iPhone models won’t have a notch started in March of this year, when Apple analyst Ming-Chi Kuo said they will instead adopt a hole-punch design, a design that Android devices have used for a few years now. The…