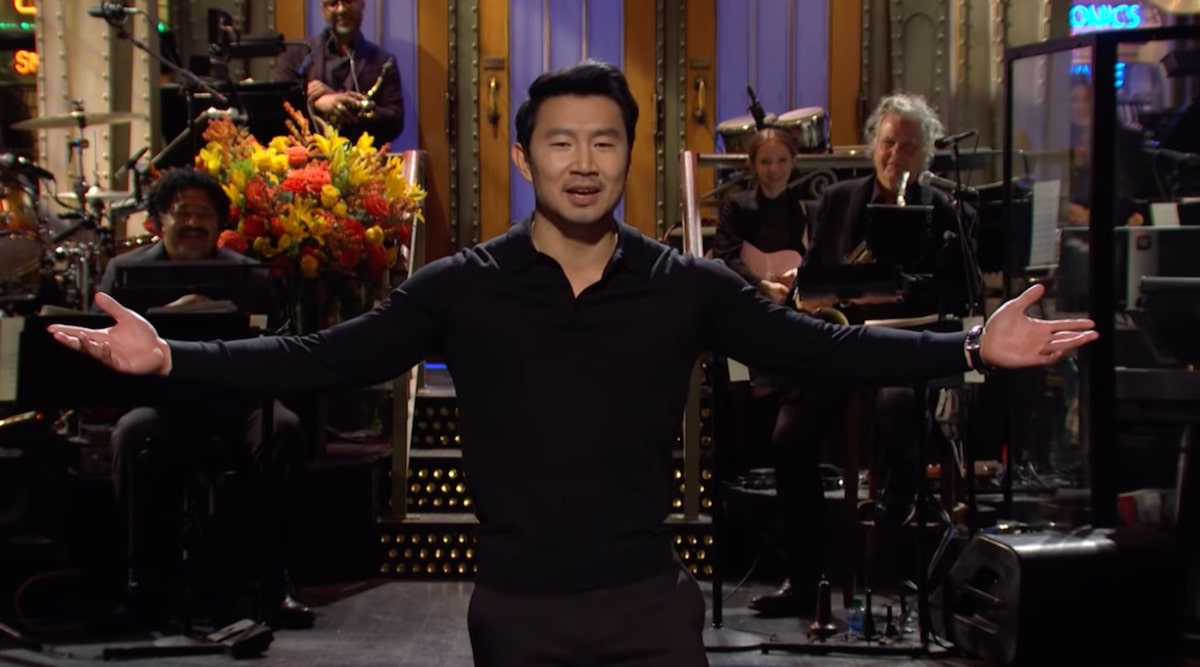 The Chinese-Canadian star of the history-making Marvel film “Shang-Chi and the Legend of the Ten Rings” was acknowledging the show’s relative lack of Asian hosts (he is just the seventh in 47 years) while tipping his hat to past Chinese hosts Jackie Chan, Lucy Liu and Awkwafina.

His monologue also revealed how Liu’s fortunes have risen steadily in recent years.

“A lot of people asked me how I landed a role in a Marvel movie,” he said. “The truth is, I got ‘Shang-Chi’ how every Canadian gets their big break — by asking politely.”

Recounting a true story, Liu said he Tweeted in 2014, “Hey, Marvel, great job with ‘Captain America’ and ‘Thor’ — now, how about an Asian superhero?”

“Five years later, Marvel did make their first Asian-superhero movie, and after I got the part, I went online and tweeted, ‘Thanks for getting back to me.’ Clearly, I’m Canadian,” he went on.

Liu also admitted that just 10 years ago, he was paid to dress up as Spider-Man for children’s birthday parties. At one, a kid kept kicking his shin and insisting, “You’re not Spider-Man!”

“Look, I don’t know if you’ve ever been kicked by a 7-year-old while wearing a $30 Walmart Spider-Man suit, but it will break you. It will break your spirt,” he joked.

On the rest of the show, Liu gamely did some Backstreet Boys karaoke, competed on the game show “Republican or Not,” starred as a vegan in a Target nightmare-Thanksgiving ad, flopped in the “Thanksgiving Baking Championship,” was one of several lightweight professors calling 911 over a bad reaction to pot, accepted various first-Asian-to-do-it awards with cast member Bowen Yang, and introduced a Dog-Head Man as a “New Military Weapon.”