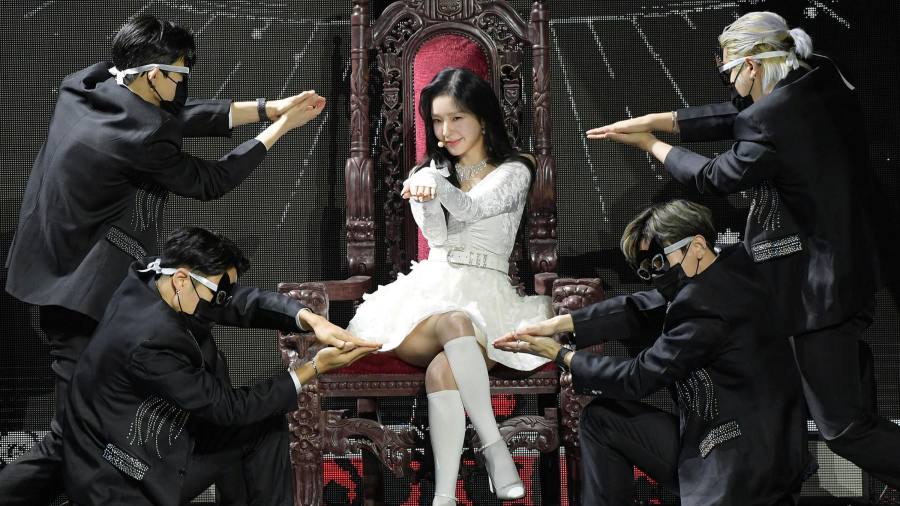 I was in the foyer of a sleek hotel in Seoul in the summer of 2019 when Donald Trump’s security team began streaming out of the building. The US president had suddenly decided to rip up the agenda and protocol of a much-planned diplomatic visit to South Korea’s President Moon Jae-in and head north to the demilitarised zone to meet the North Korean leader, Kim Jong-Un.

It is hard to think of a greater insult to Moon but, adroitly, he tagged along. Trump got his desired headlines: “The first sitting president to set foot in North Korea.” Moon got a continuation of the crucial relationship with the US, an unexpected, possibly unwanted, encounter with his northern counterpart, and an enhanced reputation for making the most of an occasionally unpredictable diplomatic hand.

This is part of what Ramon Pacheco Pardo means by calling South Korea a shrimp among whales. Throughout its millennia-long history Korea has had to fit itself around great powers — above all, China and Japan, which have had designs on its territory and its people, and on replacing its culture with their own, not least in the period of Japan’s colonisation between 1910 and 1945.

Now, though, Korea — or the South at least — has become a whale itself, he argues. Despite Trump’s casualness towards the relationship, Seoul remains a key US ally. It has the world’s 10th-largest economy, forged by semiconductors, cars, ships, batteries and phones. In the past decade, startling new additions have been its K-pop music industry, with boy band BTS now the most successful in the world, and films such as Parasite that have won global awards.

This is a book by someone who adores South Korea and has done so since his first trip there as a student. I’m all for that, as someone who has also fallen for the deep charms of the country. But while Pacheco Pardo, professor of international relations at King’s College London, makes some good points, he does not shed enough light on the reasons for the triumphs, nor does he acknowledge enough the problems behind South Korea’s global success.

In a careful retelling of two millennia of history, Pacheco Pardo makes a central point: that Korea’s history is separate from that of Japan or China and the essential “koreanness” of the place goes back to its roots. Its food, its language, its customs, its sense of identity have a long history.

He also makes clear that its current economic and cultural success depended on key decisions by rulers down the ages. Most striking, almost 600 years ago, an inspired leader, King Sejong, commissioned the Hangul alphabet: he jettisoned the pictorial (and harder to learn) characters of Chinese and Japanese in favour of an alphabet based on the shape of your mouth when you make the sounds. It has underpinned the accessibility of Korean culture.

You might add to that the state support for the creation of the chaebol (“wealth clan”) system in the 1960s — the business conglomerates, steered by rich families with close ties to government, that forged the country’s commercial success. Most recently, the studios that churn out K-pop stars are an almost unique example of government deciding to build up the creative industries — and succeeding.

But Pacheco Pardo ignores the darker side of this success story, above all the closeness of the chaebol to government. That has fostered corruption allegations and some blame it for economic slowdown.

Such boosterism underplays the real difficulties South Korea faces, at home in a complex, changing society, and abroad, in what anyone would call a tough neighbourhood

He does not touch on the dark side of the music industry — its pressures, which have led to suicides and near-starvation diets. He acknowledges the intensity of university entrance exams but praises the classlessness of the system. He makes light of the status of women, which is indeed changing but from a point that shut them out of much of the economy.

In his closing paragraph, he asserts: “As South Korea and South Koreans evolve, one thing is clear: a bright future awaits the country . . . Let’s make this clear: South Korea has arrived; South Korea is here to stay.” Such boosterism underplays the real difficulties that South Korea faces, at home in a complex, changing society, and abroad, in what anyone would call a tough neighbourhood.

To achieve Pacheco Pardo’s wish for its future, South Korea will have to achieve change in some of the foundations of its past success, such as the overly close and cosy relationship between business and government. It will have to navigate the diplomacy with its ostracised northern neighbour and with the great powers — China, the US and Japan — that want to shape the fortunes of the region.

Not easy — and nothing like as easy as this blithe account makes it seem. But Pacheco Pardo does capture the remarkable scope of recent triumphs that give South Korea both agility — as Moon’s diplomacy has shown — and the affection of a global audience.

From Shrimp to Whale: The Incredible Rise of South Korea, from the Forgotten War to K-pop by Ramon Pacheco Pardo, Hurst £25, 280 pages

Bronwen Maddox is director of the Institute for Government think-tank