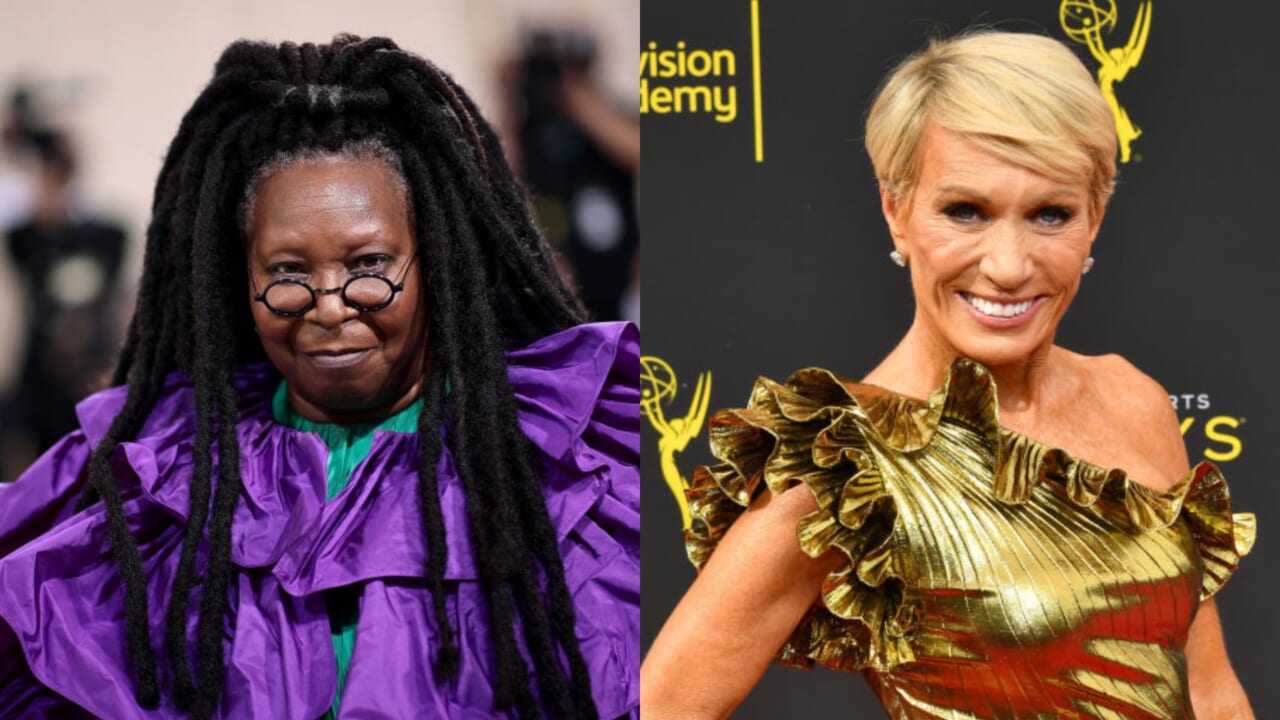 This week Shark Tank judge Barbara Corcoran learned the hard way that body-shaming the co-hosts of The View on national television is never a good idea.

The unexpectedly spicy interaction all started off innocently enough Thursday morning while everyone was discussing Good American CEO Emma Grede becoming the first Black woman to be a guest shark on Shark Tank.

After they praised Grede for promoting size-inclusive jeans and body positivity in the fashion industry, head chair Goldberg playfully inquired, “Will they fit this COVID [butt]?”

Co-hosts Sunny Hostin and Ana Navarro both assured the 65-year-old that the jeans would definitely fit her. Corcoran then quipped, “And when you get finished with those jeans, and decide you don’t like them, give them to me. I’m gonna make two pairs!

Goldberg and everyone else on camera was visibly taken aback by the dig during such a lighthearted moment. But Navarro, who is never one to back down from speaking her mind, responded to Corcoran by commenting on what she was wearing that day during her appearance on the show.

“Whoopi, let me just tell you something,” she began before pointing to the 72-year-old Shark Tank judge, “Both Sara Haines and Jill Biden wore that dress already on TV.”

Navarro then tore up her index cards as everyone around the table laughed.

“Donald Trump Jr. tried that on me. It didn’t work!” the 49-year-old added, referring to a dig that the former president’s son made about Navarro’s weight on Twitter last month when he believed she had COVID.

Later that day after receiving backlash for poking fun at the EGOT winner’s weight, Corcoran took to social media to apologize to the Hollywood legend for her joke.

In a video posted to Twitter that she captioned, “Love ya Whoopi,” she concedes to her error in judgement.

“I just came back from The View and saw my old friend Whoopi. She has a phenomenal sense of humor, and I’ve known Whoopi for years,” she began. “I made a joke at Whoopi’s expense, which I now realize wasn’t funny. For anyone who I may have offended unintentionally, I just wanted to say I really am very sorry.”

The ladies of The View are certainly no strangers to making headlines these days.

As we previously reported, at the end of September, Navarro and Hostin were removed from the air during a live taping due to concerns that they had tested positive for COVID-19.

Making matters worse was that this occurred during the time that they were scheduled to be interviewing Vice President Kamala Harris in person with their other co-hosts.

However, Navarro later clarified that she is COVID free and that the diagnosis was a false positive.

The day after the incident she shared on her Instagram page to let fans know that she received an inaccurate test result.

“[I] got my third negative PCR test just a few minutes ago and came to the airport to fly home,” Navarro said. “Obviously, what happened yesterday was a false positive. A very public, very inopportune, very melodramatic false positive. But fortunately, we’ve now tested three times. All three have been negative.”

That now-infamous episode took place on a Friday and by Monday, Hostin and Navarro were back in their normal seats at The View table.