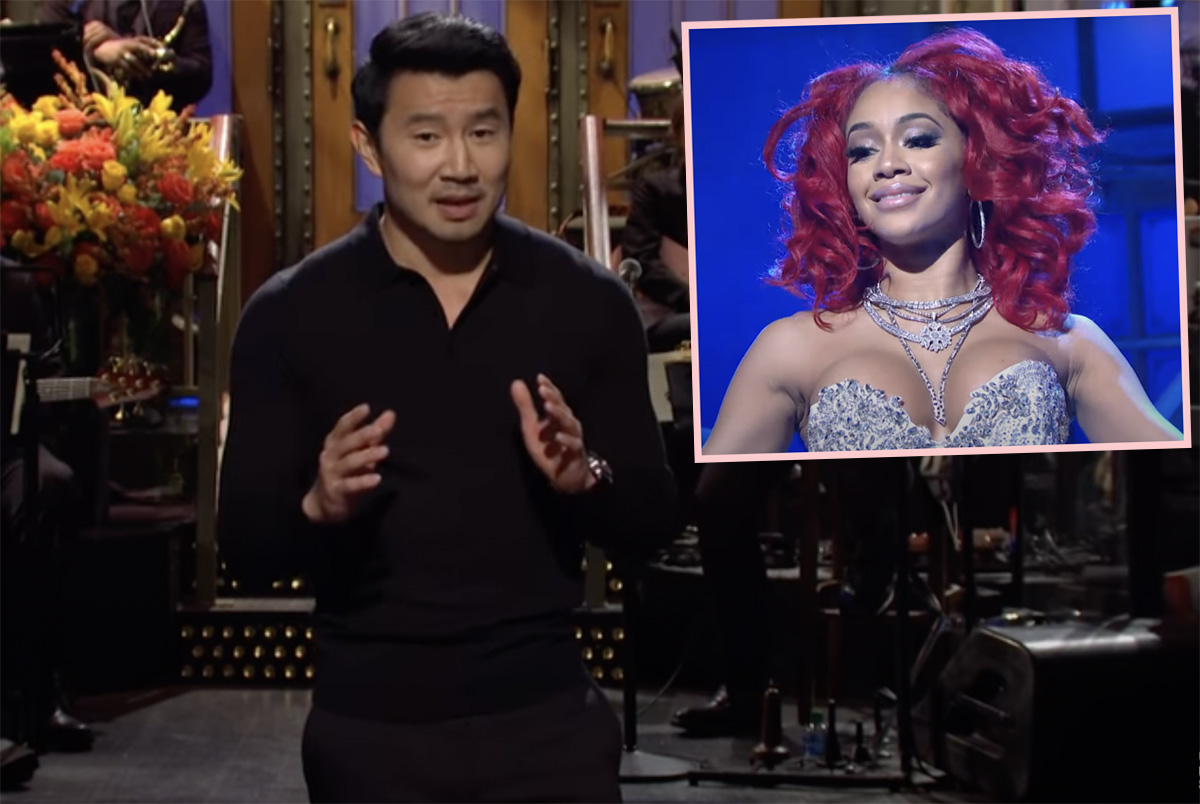 The world ain’t ready for Simu Liu on Saturday Night Live — but thankfully, this week, we got him anyways!

The Shang-Chi and the Legend of the Ten Rings superstar hosted this week’s episode of the NYC-based sketch comedy show for the very first time in his career. And along with the musical guest on the show this week, Saweetie, he truly brought down the house with a memorable episode!

The funny SNL moments began immediately, with Liu’s amazing opening monologue. In it, the 32-year-old actor gave off superhero vibes with some super comments about his amazing career.

First, he offered his gratitude for the way everything has come together in his acting life, reflecting on how he had tweeted at Marvel years earlier about an Asian superhero only to play one himself after many years of hard work!

The Shang-Chi star come to real life said of his amazing ascent (below):

“Back in 2014, and this is a true story, I tweeted, ‘Hey, Marvel, great job with Captain America and Thor. Now, how about an Asian superhero?’ And at the time, I think the tweet got like 10 likes, which was like 10 more than I usually got. But I worked hard and five years later, Marvel did make their first Asian superhero movie, and after I got the part, I went online and tweeted, ‘Thanks for getting back to me.’”

The actor also hilariously reflected on a past experience he had that was not so good: playing Spider-Man at kids’ birthday parties!

Thinking about how much different his life was ten years ago, the talented actor said:

“I really can’t believe my life right now because 10 years ago I actually had a job dressing up as Spider-Man for kids’ birthday parties, which meant parents would pay me to entertain their kids while they were day drinking. I’ll never forget this one birthday boy’s name was Trevor, and I don’t want to say anything bad about him, but let’s just say he was a real Trevor. He kept kicking my shins and screaming, ‘You’re not Spider-Man! You’re not Spider-Man!’ And look, I don’t know if you’ve ever been kicked by a 7-year-old wearing a $30 Walmart Spider-Man suit, but it will break you. It will break your spirit. But it also lit a fire under me. And I don’t know where he is now, but Trevor, if you’re watching, I just want to say, you were right. I’m not Spider-Man. I’m Shang-Chi, bitch!”

What an amazing story!

BTW, you can see the whole monologue (below):

And here are more highlights from last night’s episode of SNL, including Saweetie’s amazing performances:

You can see the rest of ’em HERE.

What did U think about the episode, Perezcious readers??

Sound OFF with your take on everything here down in the comments (below)!