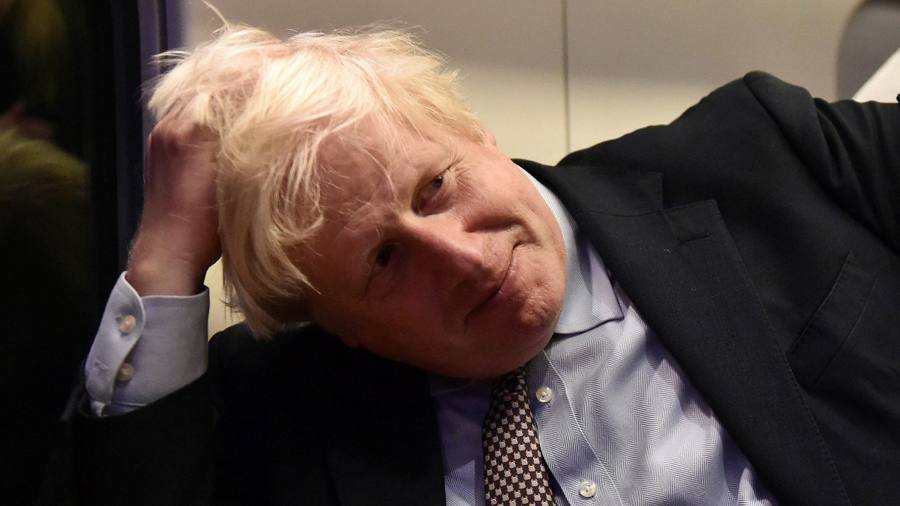 Boris Johnson is facing calls from senior Tories to shake up his Downing Street team after a rambling speech at the CBI annual conference intensified concerns about policy missteps and deteriorating relations with MPs.

The prime minister’s disjointed address to business leaders on Monday stoked fears among Conservative MPs that he is struggling to cope with his workload and may require a stronger support network in Number 10.

Johnson lost his place for about 30 seconds during his speech in South Shields, referenced the children’s cartoon character Peppa Pig and imitated a petrol car. The Labour party described the speech as “shambolic”.

A long-term supporter of Johnson pinned the blame for recent problems on the prime minister’s advisers. “Bojo has lost his mojo,” said the Tory MP. “There’s a mixture of anger and despair but the real frustration is with the [Number 10] operation, it’s amateurish.”

Another close ally of Johnson said fears over his standing in the Conservative party were growing.

“I’m starting to get concerned,” added the Tory MP. “Supporters who were hitherto reliable are getting jittery.”

Conservatives pointed to recent missteps by the government, including a U-turn over reform of parliamentary standards, the chaotic announcement of a railway investment package and rising numbers of migrants crossing the English Channel in small boats.

One MP said: “The PM isn’t surrounded by people — be that cabinet ministers or advisers — able to challenge him effectively and point out when he is heading in the wrong direction.”

Downing Street declined to comment, but ministers and officials who work closely with Johnson said he was suffering from a bad cold.

Another Tory said: “I think he’s had a cold bordering on flu for some time. I don’t think he read the [CBI] speech and was ad-libbing. He should be at home with a Lemsip and hot water bottle.”

Asked by an ITV News reporter whether everything was OK after his CBI speech, Johnson said: “People got the vast majority of the points I wanted to make and I thought it went over well.”

The BBC reported a senior Downing Street insider as saying “there is a lot of concern inside the building about the PM”, adding: “It’s just not working. Cabinet needs to wake up and demand serious changes otherwise it’ll keep getting worse. If they don’t insist, he just won’t do anything about it.”

One Tory MP representing a constituency in northern England seized from Labour at the 2019 general election said that Johnson was “not cutting it as a PM”.

He added: “Unfortunately we have got into a bad habit of promising the earth and then when we do deliver and spend money people are disappointed because it’s not exactly what they were told.”

Conservative party donors expressed concern that “too much is being packed” into the prime minister’s diary.

One noted he was appearing on Monday evening at the Tory winter party at the V&A, as well as doing a speech in the City of London and attending a crucial House of Commons vote on the government’s social care reform plan for England.

Another donor said: “If I was Boris, I wouldn’t be happy having to turn on full Boris wattage for two speeches — particularly when he’s clearly tired, as anyone would be with his schedule.”

Few Tories expect any imminent party leadership challenge to Johnson, with one saying there was no obvious successor in the cabinet or anyone with a similar record of winning elections.

Yet there is a widespread view among Conservatives that something must change to improve the government’s fortunes.

“If [Johnson] continues to be all over the place and keep U-turning people will snap”, said one minister. “He’s not infallible and if he thinks he is he will be in for a shock.”

Another Tory MP said: “I wouldn’t be surprised if he steps down . . . other people say it’ll take wild horses to drag him out, like Thatcher or Blair, but I really don’t think he has their staying power.”