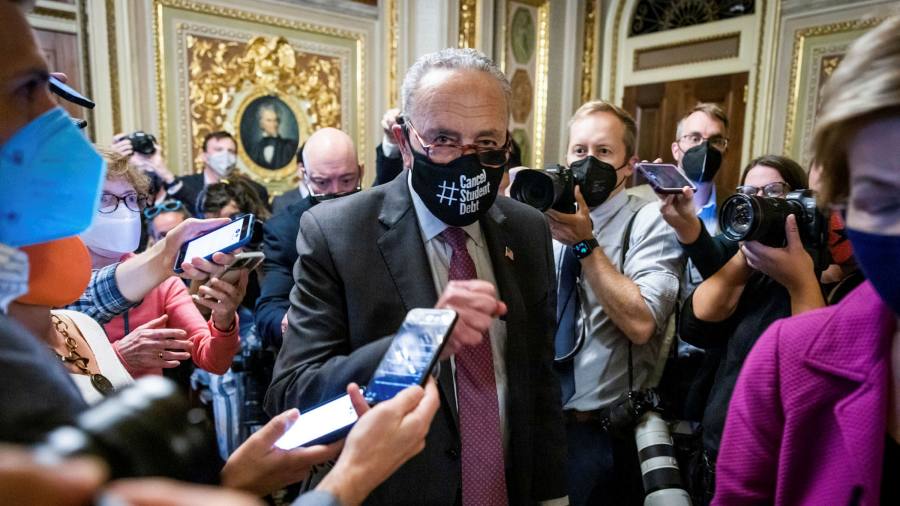 Democrats and Republicans on Capitol Hill have reached an agreement to extend the US debt ceiling through “early December”, in a stopgap deal that will provide short-term relief to investors and executives who had fretted about the possibility of a US government default as soon as this month.

“We have reached an agreement to extend the debt ceiling through early December, and it is our hope that we can get this done as soon as today,” Chuck Schumer, the Senate’s top Democrat, told lawmakers on Thursday morning.

The deal came a day after Mitch McConnell, the Republican Senate minority leader, said his party would back a short-term extension to the nation’s borrowing limit. Republicans have for months rejected Democrats’ appeals for them to sign on to raising the debt ceiling, seeking to tie the country’s existing debt to the Biden administration’s ambitious spending plans.

Earlier on Wednesday, US president Joe Biden leaned on corporate leaders to help him make the case for why Congress needed to act to raise the debt ceiling and avoid default. Janet Yellen, the US Treasury secretary, had warned that the government risked running out of money by October 18 if no deal was reached.

US stocks climbed and short-term government debt that had been dumped by investors over the prior week rallied considerably late on Wednesday and on Thursday, as traders discounted the risk that the debt ceiling would affect markets this month.

The S&P 500 advanced 1.5 per cent in early trading on Thursday, on pace for its best day since July, after Schumer’s announcement.

Yields on Treasury bills maturing on October 26 fell 0.03 percentage points to 0.04 per cent, far below the 0.14 per cent at which it had traded on Tuesday. The $4tn bill market, which is a crucial source of funding for the federal government, has been closely scrutinised as the debt ceiling deadline loomed.

However, given the reprieve is only expected to last until early December, investors moved to sell Treasury bills maturing that month. The yield on bills due on December 16 jumped to 0.08 per cent, from 0.05 per cent a day prior. Yields rise when a bond’s price falls.

While Thursday’s breakthrough came as a relief to investors, the stop-gap measure sets up another possible showdown in the run-up to Christmas. It also follows a separate short-term agreement to fund the federal government until December 3.

If Congress does not reach a deal to continue funding the government by that date, lawmakers will once again risk a government shutdown, which would leave hundreds of thousands of federal employees out of work.

“Eleventh-hour brinkmanship is a given in light of Congress’s prior approach to the debt ceiling and while pondering the catastrophe of a default is an interesting . . . exercise, it will ultimately be an academic one,” said Ian Lyngen, a strategist with BMO Capital Markets.