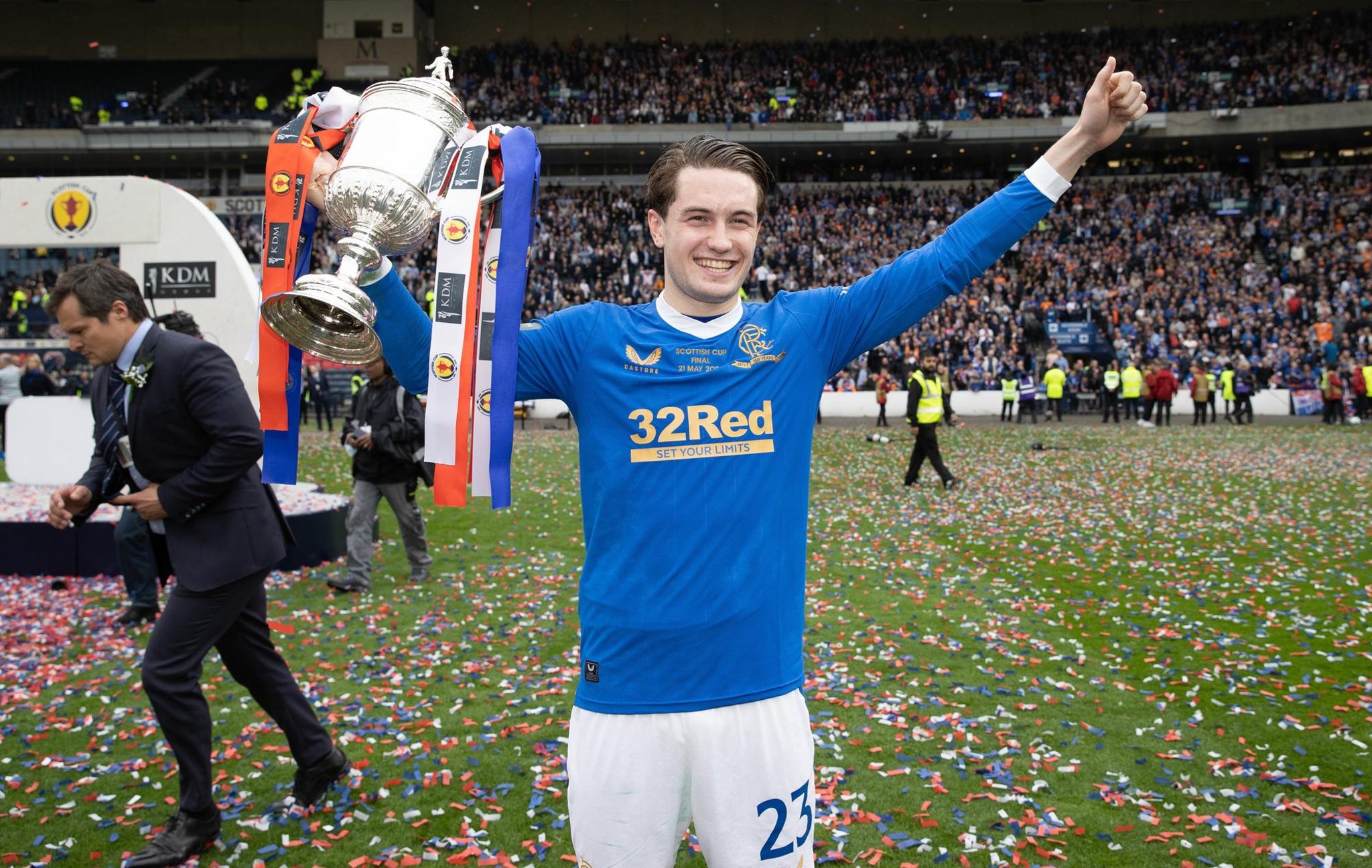 It was part of one of those stories which are common in football. An opportunity which starts with a problem.

In this instance, injuries to Kemar Roofe and Alfredo Morelos required Giovanni van Bronckhorst to find a solution to an attacking issue. Wright, a bit-part player since arriving from Aberdeen in January 2021, was presented with such an opportunity few would have predicted and he took it.

Not only did he start both legs of the Europa League semi-final with RB Leipzig, but he got an assist in the second-leg at Ibrox. His place in the final was fully justified and deserved as part of a front three which included Joe Aribo and Ryan Kent.

It meant he was not included in the squad for the final league game of the season at Hearts, while Aaron Ramsey was. Wright was required to rest up to be ready for Eintracht Frankfurt.

He performed well in the first half before fading after the break in Seville and eventually being replaced.

Then, on Saturday, in the Scottish Cup final against Hearts, when Van Bronckhorst was looking to win the game with the score goalless, he turned to his bench. There was Kemar Roofe, Ramsey, Fashion Sakala, Glen Kamara and Ryan Jack amongst the choices. But the first choice was Wright.

This past week has demonstrated the remarkable rise of the 24-year-old. And, for the first time in his Rangers career, he can be regarded as an important first-team star.

“As I said, there is a fantastic dynamic in there and people I can bounce off of. Scotty Arfield and Steven Davis were massive for me as well.

“It’s about waiting for your opportunity and being ready. There is competition for places here and it’s a fantastic squad. If you get an opportunity, you need to try and take it.

“There is always competition for places here and it constantly keeps you on your toes.

“I just thought that if I had the chance to come on, I wanted to grab that opportunity and help the team.”

The opportunity was taken and he most certainly helped the team. A just reward for the work put in on and off the training, on the technical and physical, as well as mental side of the game.

With Ryan Jack having fired Rangers in front in extra-time, Wright stepped forward, running on to a Ryan Kent pass to finish a counter-attack with an arrowed effort, low, across Craig Gordon.

“It was an amazing feeling to see the ball hit the net,” he said. “Being Scottish, you dream of playing in Cup finals. It was great that the team won and that’s the most important thing.

“I only really gave him one shout, to be fair. I wasn’t sure if he was going to use me as a decoy and go himself.

“But it was a great pass from Razz, I just took a touch and thankfully ended up scoring.”

It was a huge win for Rangers. Not only were they able to lift themselves off the canvas after Wednesday’s heartbreak in losing the Europa League final on penalties to Eintracht Frankfurt, ensuring they didn’t end the season empty handed but it was their first major domestic cup win since 2011 and first Scottish Cup success in 13 years.

For the club and Wright they can now go into the summer on a high as they both look to progress and improve with Champions League qualifiers only days after the start of the new season.

“We’ve had numerous occasions now where we have gone to extra-time,” he said. “I think we have shown our strength, mentally and physically.

“We knew it was going to be tough bouncing back from Wednesday, just from the sheer disappointment.

“But the confidence and the mental strength in that changing room was there to see.

“I think we have a great dynamic among the players through our leadership group. The likes of Tav and Connor push us on the pitch.

“Then when we’re in the changing room the boss pushes that as well. I think we’ve got a fantastic dynamic and it shows on the pitch.

“Playing for a football club like this, we want to win every game. As I say, we tried to bounce back from the disappointment on Wednesday.

“It was important for us. There is an important game every two or three days at this football club, so it was a case of dusting ourselves off and trying to win.”

He added: “Obviously it was difficult for the boss coming in kind of midway through the season and us playing so many games trying to implement his style.

“There is always a challenge here to play for Rangers Football Club. It’s a challenge I look to meet head-on.”