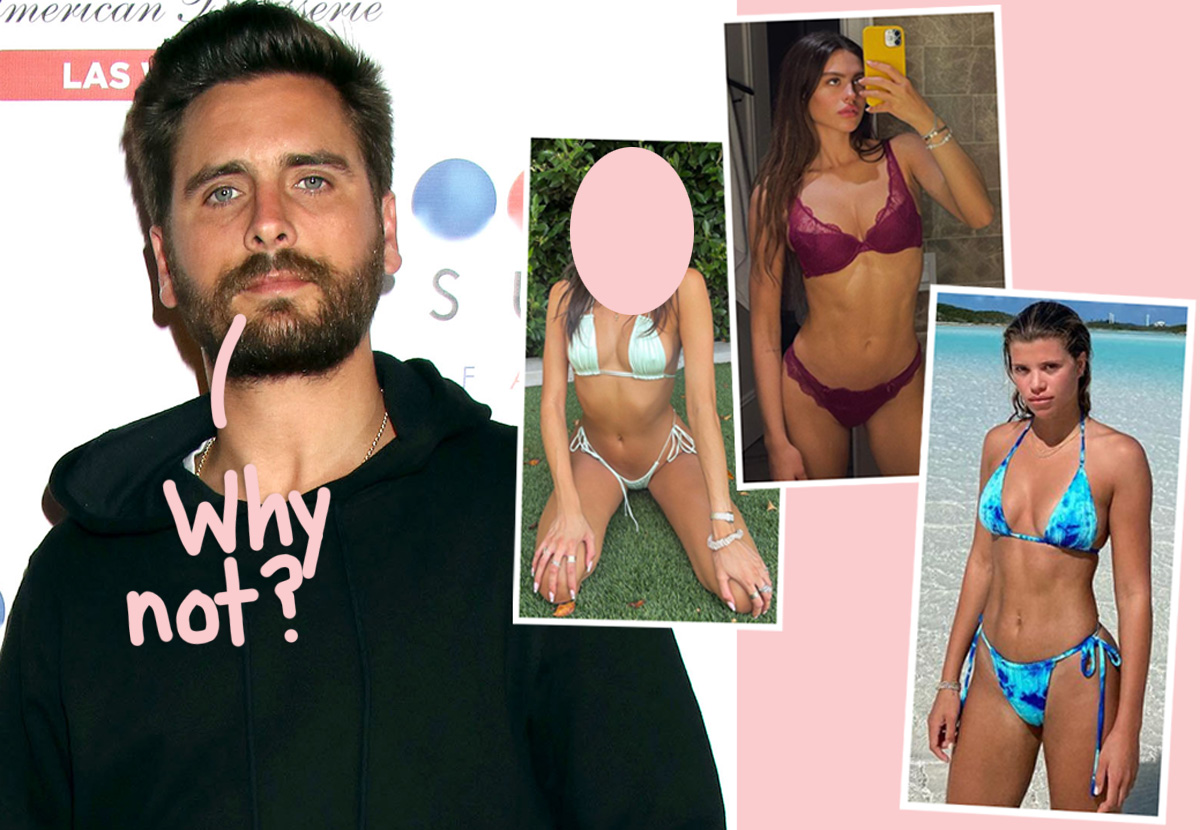 The fall season of Scott Disick‘s #SingleLife revival continues — and this time, he’s stepping out with a familiar face!

The 38-year-old reality TV star has been doing his thing with several single women in recent weeks, most notably including Brooklyn Beckham‘s ex-girlfriend, model Hana Cross.

But the Talentless founder evidently must have been feeling a bit nostalgic on Monday, because he circled back to a very familiar young woman for a new date night out!

Related: Scott And Kravis Connected At A Friend’s Wedding And The Meeting Sounds SUPER Awkward…

According to E! News, Lord Disick was spotted out and about in the Hollywood area on Monday night with model Christine Burke. The pair was spotted enjoying a night out on the town along side influencer Sergio Farias, a mutual pal.

And yes, precious readers, Burke is the very same 25-year-old woman who happens to be Disick’s ex-girlfriend!

The duo first connected in 2016 — back when she was just 20 — and dated briefly after Scott and Kourtney Kardashian split for good earlier that year. At one point during their brief initial courtship, Scott and Christine actually jetted off to Punta Mita, Mexico together.

Another time, the duo was spotted at Disick’s favorite El Lay hangout: Nobu in Malibu. (FWIW, Scott really loves Nobu; he’s been spotted many times over the years at the restaurant with many different women, most recently including Cross in one of their first public appearances together.)

Anyways, back to Burke: you can see pics of the pair’s Monday night outing HERE. Scott looks good! All dressed up! It must have been a fun night out, and the pair clearly has a connection considering their familiarity and dating history.

Of course, Scott has had quite the dating cycle in the years since he and the Poosh founder decided to split up once and for all.

The Flip It Like Disick star dated Sofia Richie for several years, before splitting with her and linking up with Amelia Hamlin for a few memorable months together. That relationship has run its course, though, and more recently it appears as though the father of three has been more committed to keeping things casual.

In fact, as we’ve previously reported, an insider revealed as much to E! News last week, saying this about the KUWTK mainstay (below):

“[Scott] has been getting back out on the dating scene and enjoying himself. He’s having fun… but that’s all it is for now.”

Another insider added more at the time, explaining how Scott is not trying to re-commit so soon after splitting from Amelia:

“[Scott] feels he needs to be single right now.”

Inneresting! So then it would follow that his outing with Burke this week was fun, casual, and low-key, even if she happens to be an old flame.

Or do U think there’s something more going on between these two, Perezcious readers??

Sound OFF down in the comments (below) with your thoughts on Scott’s date night dalliance with Christine!