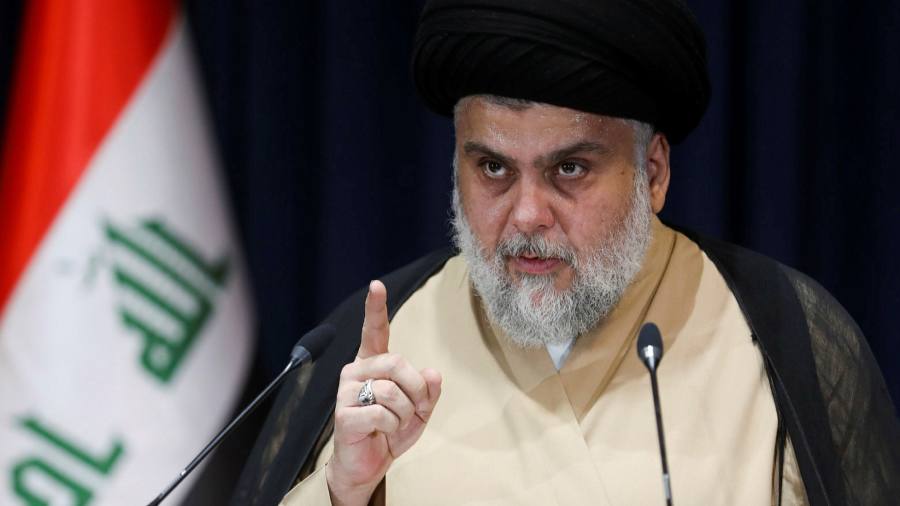 Moqtada al-Sadr claimed victory in Iraq’s parliamentary election, increasing his bloc’s tally of seats from the previous polls in 2018 when it also won most votes, and handing the warlord-turned-cleric more influence over government formation.

Preliminary results showed Sadr’s bloc, helped by a low turnout, took 73 of the 329 available seats, according to Iraq’s national news agency, up from 54 in 2018’s polls. It did best in Iraq’s majority Shia southern provinces.

The next government “will prioritise Iraq’s interests,” Sadr said in a speech after results came through. “From now on, the government or the parties will not govern the money, choices will be made by the people, the oil of the people will be for the people.”

The Shia Islamist cleric has long painted himself as a champion of reform and graft-busting, although his critics say his allies in the Iraqi civil service have been equally as guilty of corruption.

Hinting that he sought to reverse an unpopular government devaluation of the local currency after the pandemic battered its oil-dependent revenues last year, Sadr said: “we will work to raise the level of the Iraqi dinar” to that of other foreign currencies.

Although a longtime foe of the US, populist Sadr has adopted a nationalist stance and opposes all foreign influence — including by Iraq’s neighbour, Iran. Tehran has fostered deep ties with many Iraqi politicians, and with militias that are not controlled by the Iraqi state and that help project its influence.

However Sadr’s victory came amid a record low turnout for expedited polls, which were brought forward to appease a youthful protest movement calling for sweeping change. The Iraqi high electoral commission said 41 per cent of registered voters had cast ballots on Sunday.

The low turnout was a sign of dissatisfaction with a democratic system which has delivered oil-rich Iraq disappointing governments since the US-led invasion which toppled dictator Saddam Hussein in 2003.

Unami, the UN’s political mission in Iraq, said that, while turnout had been “disappointing to many”, the operation had “gone smoothly”. The vote was held under a new electoral law intended to help break the established parties’ grip on politics. But many new parties and protesters had boycotted, saying that intimidation of activists and new parties had unfairly skewed the playing field.