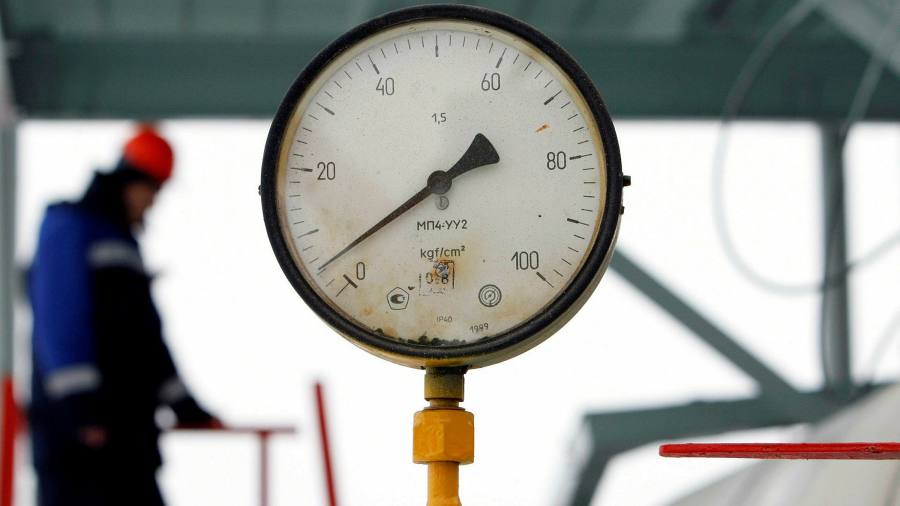 The flow of Russian gas in a key pipeline to Europe through Ukraine has been disrupted due to illegal siphoning by Russian occupying forces, according to Ukraine’s gas grid operator.

Gas flows were suspended from 7am on Wednesday at the Sokhranivka point, through which a third of Russian gas that transits Ukraine passes, Ukraine’s Gas Transmission System Operator (GTSOU) said. The reason was that it had lost control of equipment in occupied territory, the operator said.

Actions by occupying Russian troops including the unauthorised withdrawal of gas supplies “endangered the stability and safety of the entire Ukrainian gas transportation system”, it added.

Those actions constituted a “force majeure” under which the operator could no longer fulfil its contractual obligations, it said, adding that it had therefore asked its Russian supplier Gazprom to cease the flow of gas entirely via this pipeline.

The disruptions are the latest threats to EU energy supplies from Russia. Along with the risk to pipelines and compressors the war in Ukraine is posing, the continued supply of Russian gas to Europe is overshadowed by a dispute over a new rouble payment mechanism demanded by Russia, which has led to Poland and Bulgaria being cut off from Russian gas.

GTSOU reassured European customers that supplies could flow through an alternative entry point at Sudzha, further north outside the largely Russian-controlled Luhansk region.

The Sudzha point has technical capacity to transit 244mn cubic metres of gas per day, double the current contractual obligations, it added, prompting European gas prices to ease down 2 per cent to about €94 per megawatt hour.

Orders to increase the flow of gas through Sudzha have increased but the overall flow of Russian gas through Ukraine is set to fall by 16mn cubic metres compared with the previous day, according to grid operator data.

“It’s an added risk to continued flow of Russian gas to Europe but the market was already pricing in some risk of disruption,” said James Huckstepp, an analyst at S&P Global Commodity Insights. “It doesn’t look like any customers are being cut off.”

He added that European gas prices would be closer to €70 per MWh if the fear of Moscow cutting supplies was stripped out because storage across Europe had been filling rapidly thanks to record liquefied natural gas imports and lower demand.

Gazprom acknowledged that it had received communications from GTSOU but disputed it counted as a force majeure. Spokesperson Sergei Kupriyanov said that it saw no grounds for ceasing operations since Ukrainian workers were still able to work at the Sokhranivka point.

The Russian gas company added that it would be impossible to reroute supplies through Sudzha, which Yuriy Vitrenko, chief executive of Ukraine’s state gas company Naftogaz contested. Gazprom previously increased the flow of gas through Sudzha in October 2020 when the other pipeline was undergoing maintenance, Vitrenko said.