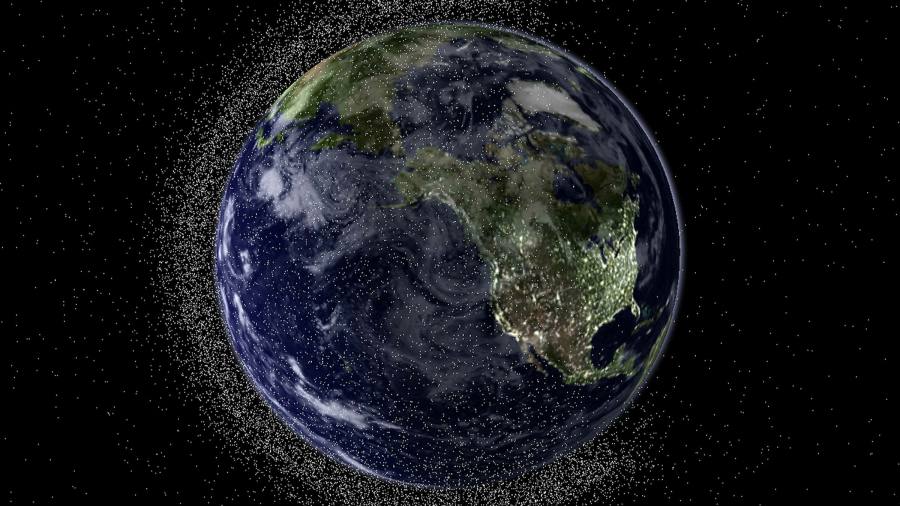 First came the unexplained space objects over New Zealand. Then came the debris over Costa Rica and Texas.

By Wednesday, California-based LeoLabs, which uses radars to track objects in space to prevent collisions, had identified a total of 243 new pieces of debris orbiting the Earth — all from an anti-satellite missile test that Russia had launched two days earlier, to widespread condemnation.

“They basically set off a bomb in the middle of the new space race,” said Daniel Ceperley, LeoLabs chief executive and co-founder, of the Russian test’s impact on the burgeoning commercial space sector, which is situated in the same low-earth orbit as the new debris.

“The primary altitudes that most of these satellites are using are right where this new debris has been created,” he added.

Over the coming weeks, scientists, investors and policymakers will monitor the spread of the debris cloud, which forced Russian and American personnel aboard the International Space Station 400km above the Earth to take cover in their hatches on Monday.

It now threatens to affect hundreds of commercial satellites including from SpaceX and the US imaging company Planet, and refocus rising tensions between Russia and the US on the escalating weaponisation of space.

“Bottom line is that the Kremlin could likely have postponed this and chose not to do so,” said Samuel Charap, Russia expert at Rand Corporation, noting that Russia launched the likely long-scheduled test amid a building geopolitical crisis over Ukraine.

Russia is not the first state to conduct such a test. China, the US and India have previously conducted similar launches, also creating debris.

The Biden administration, which heavily censured the test, is predicting that the number of “trackable” pieces of debris caused by it will surpass 1,500, alongside hundreds of thousands of smaller pieces that could still shatter a satellite.

If that number is accurate, that would increase the existing total of tracked space debris caused by weapons tests by close to half, said Jonathan McDowell, an astrophysicist at the Center for Astrophysics at Harvard and Smithsonian who tracks the materials. Before this week, he added, there were already 3,158 pieces of tracked debris in orbit as a result of past weapons tests — out of a total 18,646 tracked objects in space.

While most debris from this test would probably decay within five years, McDowell said, perhaps a fifth would endure for a decade, and some debris from the 1,750kg satellite exploded by Russia might venture as high as 2,000km and take closer to 15 years to decay.

US Space Command told the Financial Times its initial count of 1,500 large debris objects relied on Department of Defense sensors and was “expected to grow”, adding that “it will take weeks, if not months, to fully analyse all the data provided by multiple sensors and confidently catalogue each object”.

Ceperley said small commercial satellites would now have to track the debris continuously and be prepared to change course to avoid collisions for years to come, adding that the additional risk and cost was a setback for the new commercial space economy.

“Some of this debris was kicked pretty far away from the satellite [that the Russian missile exploded] so it’s probably even in other parts of space that we have to go check,” he said.

Russian officials have shrugged off the new debris, arguing that it was harmless and blaming the US for instigating a space race amid reports the Pentagon is preparing to unveil new space programmes.

Pavel Podvig, a senior researcher at the UN Institute for Disarmament Research, said Russia’s military felt it needed the capability to counteract what it believed were US plans to develop weapons that could attack it from space.

“If you are in the business of building anti-satellite systems, you would probably make an argument that, look, what if the US starts deploying missile defence components in space? So Russia will need this kind of anti-satellite capability to target those,” Podvig said.

The US has itself already conducted two anti-satellite tests, in 1985 and 2008, and is planning new missile-defence sensors in space that Russia and China would likely perceive as a direct threat.

Most significantly, Moscow also sees the US Air Force’s X-37B, a secretive “space plane” that orbits the Earth, as a major threat, said Ruslan Pukhov, director of the Centre for Analysis of Strategies and Technologies, a Moscow think-tank.

He added Russia’s weapons test this week was designed to target the X-37B, and so carrying out the test at that altitude had been essential.

A US defence official described the X-37B as an “experimental” programme
designed to demonstrate technologies for a reliable, reusable,
unmanned space test platform for the US Space Force, adding it was
“proving next-generation technologies for use in space”.

Russia’s 2014 military doctrine sees outer space as a domain for possible conflict. Some in the US military establishment have also argued for the development of weapons in space. “The US’s large number of classified ‘dark’ space projects suggests that the US is actively developing space weaponry, and that the Americans already have more than one anti-satellite system,” Pukhov said.

Jeffrey Lewis, arms control expert at the Middlebury Institute of International Studies at Monterey, said US actions had stoked Russia. “The Russians are practising shooting down satellites precisely because the US is deploying satellites for missile-defence missions,” he said.

A US defence official said: “The United States prefers that space remain free of conflict, but we will be prepared to protect US interests in space just as we do in other domains.”

Planet, a LeoLabs customer that operates a constellation of 200 satellites for earth observation about 500km above Earth, said it was working to understand potential risks from the increased debris and called for a ban on such tests, adding that the Russian launch added to “a worrying and irresponsible trend”, citing past tests by China in 2007, the US in 2008 and India in 2019.

McDowell said only one piece remains in orbit from India’s 2019 anti-satellite test, which produced 131 tracked objects at the time but was conducted at a fairly low altitude and so decayed quickly, and none from the two US tests.

Yet according to Ankit Panda, arms control expert at the Carnegie Endowment for International Peace, despite its criticism of the Russian missile, Washington had consistently rebuffed efforts to ban such tests. “It can’t only be not OK when Russia and China do it; it needs to be not OK when our friends do it too,” he said.