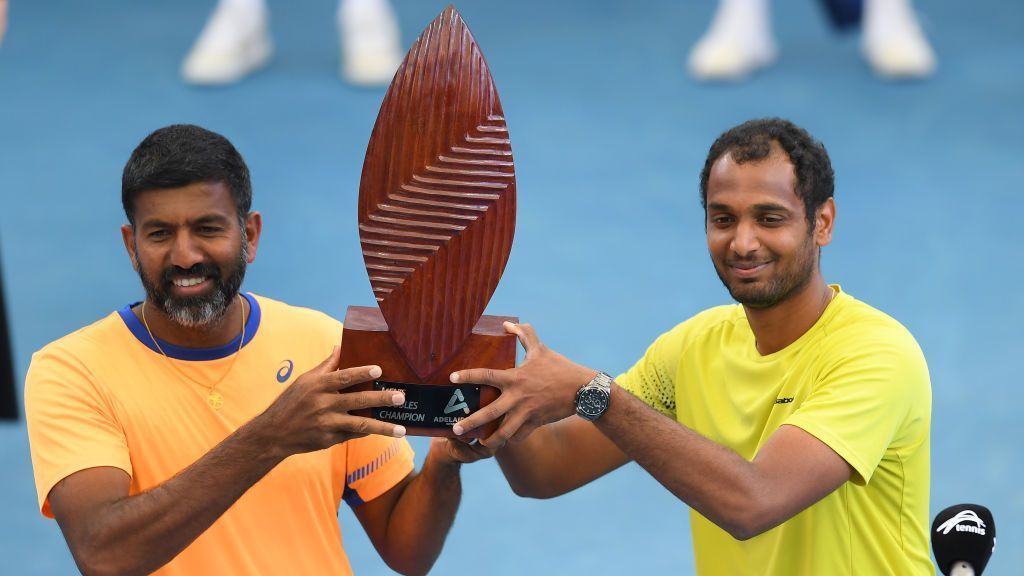 The unseeded pair beat top seeds Ivan Dodig and Marcelo Melo 7-6 (6), 6-1 in the final to mark a victorious debut on the ATP Tour. This is Ramkumar’s first ATP Tour title while Bopanna won his 20th.

In the closely-fought first set of the final, the Indians saved break points to force a tie-breaker. At 6-6, Bopanna found a service return winner on Melo’s serve to earn their second set point and converted it on serve.

The second set was more one-sided with the Indians saving four break points in the match, and converting both the chances they had.

Bopanna and Ramkumar, a new pairing on the tour, have had a good first outing this week with only match going to a decider – the second-round clash against eighth seed American pair of Nathaniel Lammons and Jackson Withrow which they won 6-7(4) 7-6(3) 10-4 in a super tie-breaker.

Earlier in the semi-final, the Indian duo had beaten fourth seeds Tomislav Brkic and Santiago Gonzalez 6-2, 6-4. In the quarters, they got past Benjamin Bonzi and Hugo Nys 6-1, 6-3.

The Adelaide tournament is a warm-up for the Australian Open, the season’s first Grand Slam starting on January 17. Ramkumar will be part of the singles qualifying, aiming to make his first singles main draw at a Major.