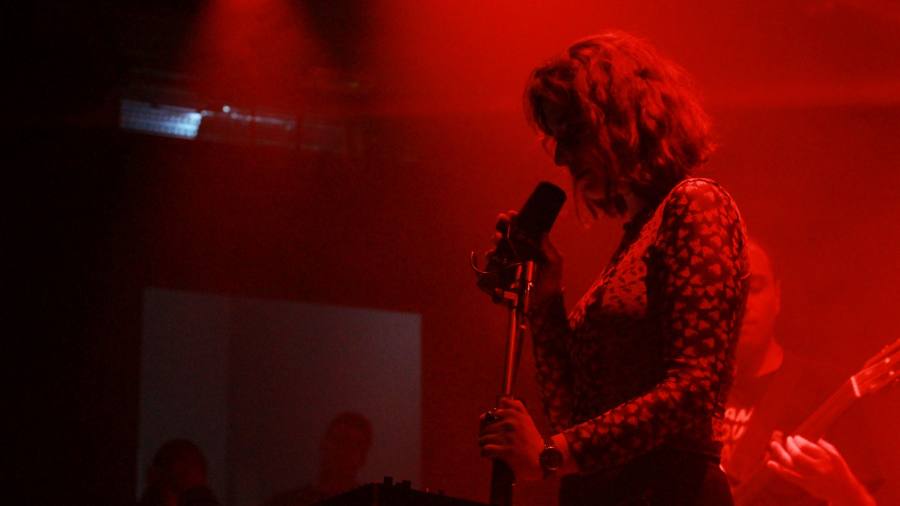 “Just after the blast, for a brief moment I thought: ‘This is the end of the Lebanese music scene.’” So says Sharif Sehnaoui, musician and co-founder of Irtijal, the country’s leading experimental music festival. The explosion at Beirut’s port on August 4 last year devastated Mar Mikhael and Gemmayze, major cultural districts filled with musicians’ apartments, studios and performance venues. “It wasn’t rational, but I felt that all we had done was for nothing,” he remembers.

Sehnaoui and his peers had much to lose. During the past two decades, they had helped to grow a vibrant music scene with a massive proliferation of genres. Record labels such as Sehnaoui’s Al Maslakh and Annihaya as well as Ruptured, co-founded by Irtijal managing director Ziad Nawfal and producer/composer Fadi Tabbal, had promoted emerging talent. International attention had been drawn to bands including Kinematik and Postcards, many of them nurtured by Tabbal at Tunefork Studios, a centre point of the community where mainstream and alternative artists intermingle.

Tabbal’s reaction after the blast was similar to Sehnaoui’s, but both men soon dismissed their pessimistic initial thoughts. As they note, it was not the first catastrophe they had overcome. In recent decades, Lebanese artists have lived through occupations by Israel and Syria, civil war and an economic crash that led to a bloody uprising. Then the pandemic arrived. Today, the Lebanese pound has lost 90 per cent of its value since late 2019, homes can go without power for up to 23 hours a day and nearly 80 per cent of the country is living below the poverty line.

Despite all this, last year’s 20th anniversary edition of Irtijal went ahead, albeit in abridged form. Sehnaoui couldn’t bear the thought of cancelling. On November 1, it became the first public arts event in the country since the explosion, with a weekend of concerts featuring nine local acts. A second weekend of performances followed. As a result of Covid restrictions, audience sizes were down but this did not diminish the event’s importance. “I heard ‘It’s like you brought us back to life’ from a great number of attendees,” Sehnaoui says.

Other initiatives have helped bolster the artistic community. The Beirut Musicians’ Fund was launched by Tabbal within two weeks of the blast through Tunefork, which sustains itself by providing sound engineering for concerts and festivals, and sound design and scores for film and TV productions, but allows local artists to pay what they can.

“I called everyone to make sure they were OK and then asked if they had lost anything [they required] to make music,” Tabbal says. He knew no other organisation would be attending to these needs. The fund’s goal of $49,705 was met swiftly through myriad means, including word of mouth, a funding platform set up by Postcards’ German agent, and international events including a 17-hour digital concert organised by Morphine Records and Berlin’s CTM Festival. It has since raised an additional $23,562 for music schools, instrument makers and students who need aid.

Searching for capital is not new to the Lebanese arts community. “The scene is funded 100 per cent by private individuals, independent institutions and the underground,” says Sehnaoui, who condemns the total lack of government assistance.

The need for funds also led Sehnaoui to Irtijal’s office a few days after the blast, where the ceiling, windows and walls had collapsed. A friend had mentioned that a grant application to the Gwaertler Foundation in Switzerland was due imminently. He completed the application while sitting in the rubble at a computer that somehow still worked, hoping that this could provide the money required to launch a new album project.

This became Istimrar (Arabic for “continuity”), a digital album recently released on Bandcamp and streaming via SoundCloud. It was produced in partnership with the UK’s renowned Huddersfield Contemporary Music Festival, which has collaborated with Irtijal since 2019. The project features 12 newly commissioned pieces that were recorded and mixed locally.

Thanks to this grant and Huddersfield’s support, Istimrar has provided its contributors with a rare influx of cash: a $1,000 fee, in addition to production costs. Composer Jad Atoui, 28, says this can sustain him for up to three months, unlike his last comparable job, which paid what is now worth about $40. “Such initiatives allow us to continue working and exploring new ideas,” he says.

Composer, DJ and producer Jana Saleh survived the blast because she knew to rush to her windowless bathroom, as she had done during the civil war. Almost everything in her apartment/studio near the port was destroyed, and her childhood piano lay upended on its keys. Rather than repair it or her recording equipment, she used them in their damaged forms for her piece, “Soupir”. “I wanted to record not only the state of my instruments but also [to reflect] the conditions of the country,” she says. She calls the result a “homage to what was taken from us”.

“Vocal Bodies” by Nour Sokhon features a soundscape that blends field recordings, found objects inspired by material in a building ruined by the blast, and excerpts from a roundtable conversation between eight Arab women who discuss the impact of two years of catastrophes on their mental and physical health. “They voiced what isn’t often heard — our sense of belonging and feeling safe where we live, how the environment we listen to affects how we feel,” she says. “After three hours, they all screamed at the city that has oppressed us so much.”

Sokhon and her peers’ complex and nuanced compositions counter the Lebanese political class’s dismissal of artists as unproductive and unworthy of attention — except when it comes to collecting taxes. As a result, Nawfal considers these and other artistic acts “forms of resistance” against multiple threats to the community’s existence, from the social revolution and financial crisis to the pandemic.

“In Lebanon, even if you have no financial constraints, you can never live in a bubble. You still have to create in the midst of catastrophe, because there is always some sort of hardship,” he says. “You can decide to react to it or not, and most musicians I know do, through their music.” No wonder then that, despite last year’s explosion, the scene still resounds.