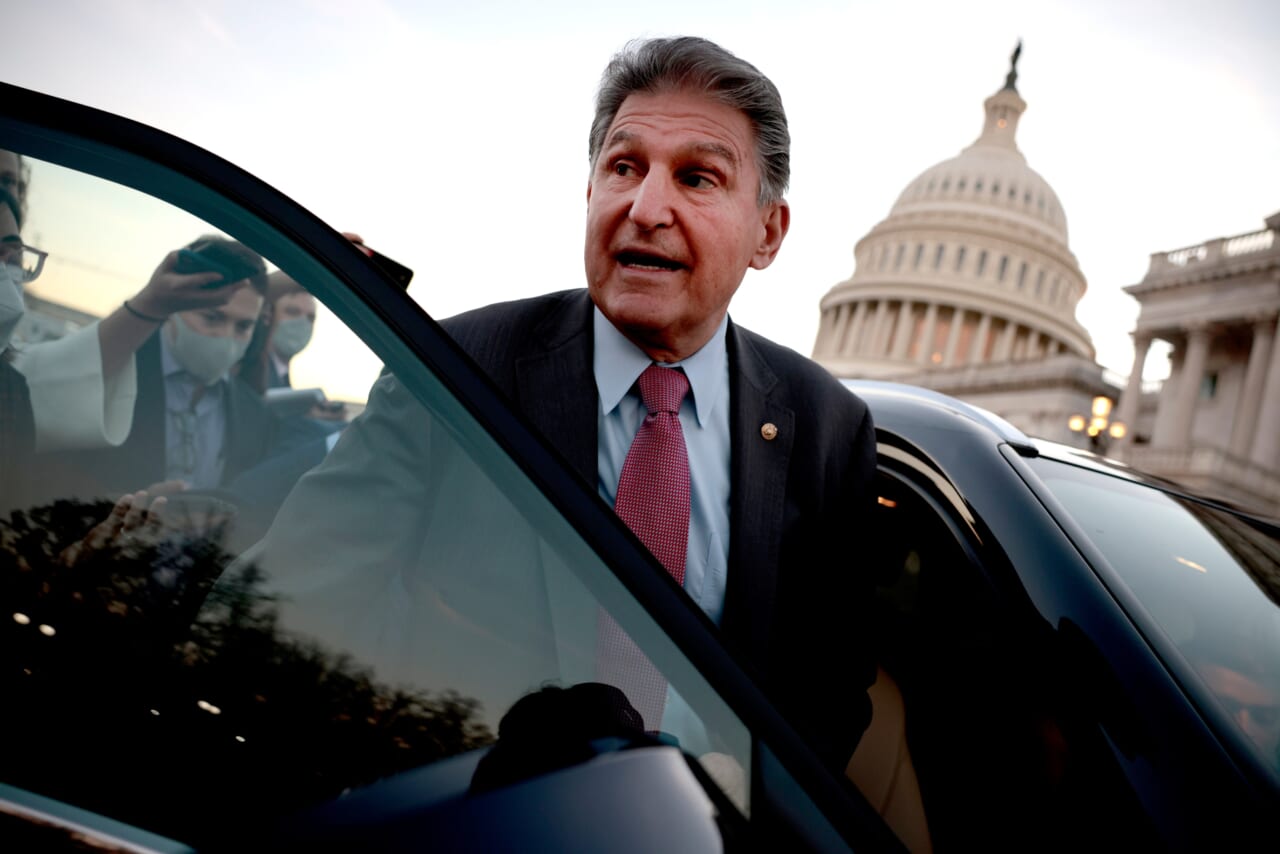 U.S. Sen. Joe Manchin (D-WV) told Fox News on Sunday that concerns about inflation played a role in his decision to vote against President Joe Biden‘s signature Build Back Better bill if and when it reaches the Senate floor.

But a recent CNBC analysis of Federal Elections Commission filings showed corporate donations may also have factored into Manchin’s reasoning.

Manchin’s leadership political action committee, Country Roads, received 17 corporate donations in October and another 19 in November, according to CNBC.

American Express, Goldman Sachs and Lockheed Martin were among the major companies that gave November contributions ranging from $2,500 to $5,000 to Manchin’s PAC.

Verizon, Union Pacific, Wells Fargo and other PACs affiliated with the coal and mining industries were among the groups that contributed to Country Roads two months ago.

Manchin’s ties to big coal, one of the major fossil fuel industries in West Virginia, don’t stop there.

His family’s coal business, Enersystems, paid him $492,000 in interest, dividends and other income last year, according to the Washington Post. Manchin’s share of the company has an estimated value of $1 million to $5 million, according to WaPo.

Manchin’s corporate backers, including the Koch network, have been pressuring him to push back against critical aspects of the Democrats’ social spending agenda since the party won a tie-breaking majority in the U.S. Senate a year ago, per the CNBC report.

Capitol Counsel and ExxonMobile lobbyist Jonathan Kott, who used to work in Manchin’s office, donated $2,500 to the conservative Democratic senator’s PAC in November.

Country Roads PAC spent thousands on hotel and travel arrangements in November, including $40,000 spent at a luxury West Virginia resort called The Greenbrier, which is owned by the family of West Virginia’s GOP governor Jim Justice.

Manchin’s PAC spent more than $1,000 on October travel expenses for his son, Joseph Manchin IV, the report found. An additional $1,000 was spent at the Sawgrass Marriott golf resort in Ponte Vedra Beach, Florida.

Country Roads spent another $2,000 on catering for an event at RPM Italian, a Washington D.C. restaurant, and more than $10,000 on a deposit for an event at The Greenbrier the same month, the CNBC report found.

Democratic leaders, including Sen. Chuck Schumer (D-NY), have vowed to continue pressuring Manchin to support Build Back Better before reintroducing a revised version of the bill in January.